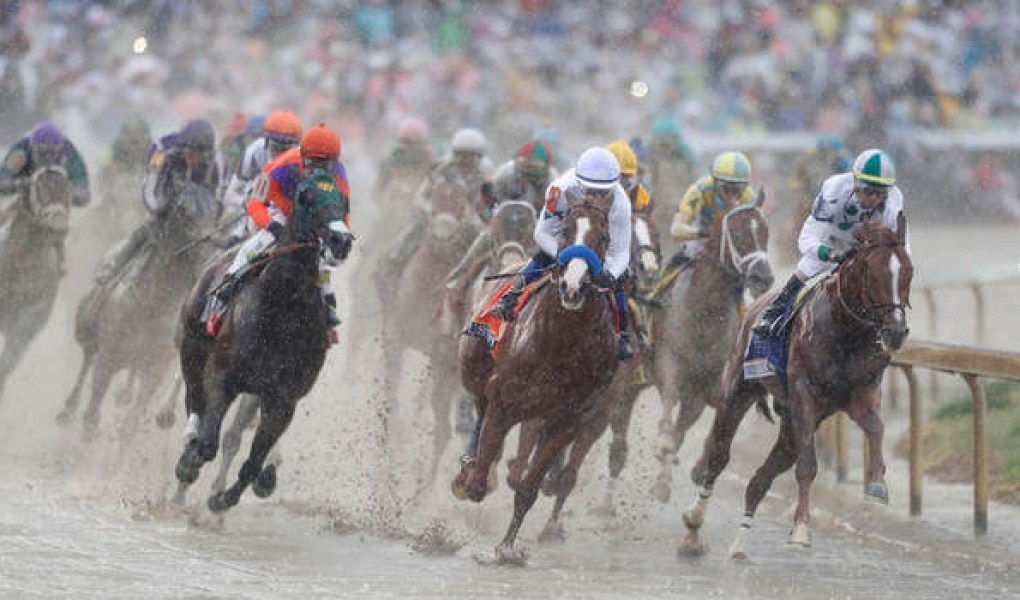 When it comes to the Kentucky Derby, no trainer has owned the race in recent years as much as Bob Baffert. The veteran trainer sent out Justify to a victory in the slop in last year’s race. The Kentucky Derby odds sent Justify to the post as the favorite and he lived up to his billing as the chalk. Justify carried on to win the Triple Crown, just as the Baffert-trained American Pharoah did in 2015. In 2019, the luck isn’t on the side of the trainer and he regrets that the favourite Omaha Beach is not making to Churchill Downs.

Table of Kentucky Derby Odds Updated on May 3rd 2019, after Omaha Beach was scratched from the race.

Overall, Baffert has trained five horses that have returned to him positive Kentucky Derby results. War Emblem (2002), Real Quiet (1998) and Silver Charm (1997) also won the Run for the Roses. Only Ben A. Jones has trained more Derby winners. Jones sent out six Derby winners between 1938-53, including 1948 Triple Crown winner Citation, the last Triple Crown winner until Secretariat did the deed in 1973.

The Chalk Isn't Getting Rubbed Out

For many years, the Kentucky Derby results showed the race to be a graveyard for favorites. This was somewhat understandable. Most of the entrants in the Derby have never previously run a race over the mile and a quarter distance. It’s also rare for any of the top contenders to go head to head prior to clashing at the Derby, so it’s often difficult to get a handle on which of the contenders are legit.

Instagrad (EVEN) The Jerry Hollendorfer trainee has shown little on track to justfy his current position as favorite. The bay colt was third in his 2019 debut at the Gotham Stakes in March. Instagrand gave up the lead at the top of the stretch in the Santa Anita Derby and faded to another third-place showing.

Game Winner (+500) Two plus one equals three but in horse racing, the math isn’t always as simple to figure out. The Breeders’ Cup Juvenile and the division champion as a two-year-old, Game Winner has lost three times this year in races against stablemates Roadster and Omaha Beach.

Roadster (+500) Baffert has suggested that he sees similarities to Justify in Roadster. Following a loss to Game Winner in the Del Mar Futurity, Roadster underwent throat surgery. He returned to the track and posted two wins. Unbeaten as a three-year-old, he got the better of Game Winner in the Santa Anita Derby.

Omaha Beach (out) Jockey Mike Smith had his choice of ride between Roadster and Omaha Beach and chose the latter. That should tell you something.

Last year, Smith rode Justify to the Triple Crown, so you know he was given the pick of Baffert’s litter. Omaha Beach, a Richard Mandella trainee, beat Game Winner in the Rebel Stakes and Improbable in the Arkansas Derby. But he was recently treated for a quarter crack in his left front. Mandella insists it’s an old injury from the horse’s maiden race and isn’t serious. But you have to wonder.

Improbable (+700) is the third standout in the Baffert stable, Improbable has finished second in both of his starts as a three-year-old. He’s also displayed a propensity for being distracted by the crowd as he comes down the stretch. Baffert has experimented with blinders on the horse but says he won’t use them in the Derby.

Tactitus (+1000) is a big, strong horse, Tactius survived tight quarters and physical bumping while working through traffic in starts in the Tampa Bay Derby and Wood Memorial but survived the rough ride to win both races. Trainer Bill Mott has never sent out a Derby winner. Fusaichi Pegagsus (2000) was the last Wood Memorial winner to win the Derby.

Code Of Honor (+1400) Trainer Shug McGaughey is a Hall of Famer who won the 2013 Derby with Orb. He always has his horses ready for the big races and gets the most out of them. Jockey John Velazquez rode Derby winners Always Dreaming (2017) and Animal Kingdom (2011).

War Of Will (+2000) A horse that displayed plenty of tactical speed in winning the Lecomte and the Risen Star, a dreadful ninth in the Louisana Derby took War Of Will off everyone’s radar. He was turned out after that loss, and word is that he’s been lights out in training since returning to the track.