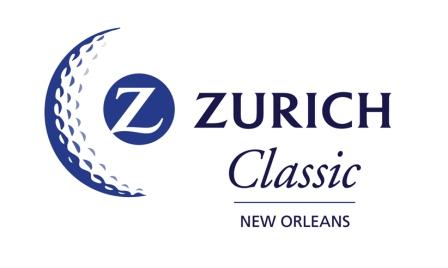 No Jordan Spieth or Tiger Woods or Rory  McIlroy or Phil Mickelson at this week's PGA Tour stop, the Zurich Classic of New Orleans at TPC Louisiana. But it's a pretty good field considering the next two events on Tour are the big-money WGC-Match  Play and the Players Championship.

Reigning FedExCup champion Billy Horschel, whose first Tour victory came two years ago at Zurich, is slated to be joined by four others among the top 20 in the current world rankings. No. 5 Jason Day and No. 6 Dustin Johnson are highest on the list. Steve Stricker will make just his second start of 2015, coming off a tie for 28th at the Masters on the rebound from back surgery. New Orleans stands as the last chance for players to earn a berth in the Players Championship by moving into the top 10 in the FedExCup points chase or top 50 of the world rankings.

Last year, Seung-Yul Noh went wire to wire for his first PGA Tour win in last year's Zurich Classic, narrowly beating Robert Streb and Andy Svoboda. Keegan Bradley made an early charge but fell out of contention with a triple bogey on the back nine. oh’s victory was just the third time in the past dozen Classics that the winning margin was more than one stroke. Four of those went to playoffs, including back-to-back editions in 2011 (won by Bubba Watson) and 2012 (Dufner). Noh attempts to become the sixth back-to-back winner in New Orleans, a feat last accomplished by Carlos Franco in 1999 and 2000.

First-time winners have ruled the event for the past decade, with seven of the past 10 making it their breakthrough victory. That list includes Horschel (2013), Jason Dufner (2012) and Nick Watney (2007).

Dustin Johnson (8/1): He might be the hottest player on Tour other than Spieth. Johnson has five top-10 finishes in his last six starts, including a T-6 finish at the Masters. Johnson won earlier this season at Doral but his lone prior Zurich start was a missed cut in 2008.

Justin Rose (10/1): Rose struggled out of the gate with the wrist injury, but there was nothing wrong with his game at Augusta, where he was T2. He now tees it up on a course where he has cracked the top 15 each of the past three years.

Jason Day (11/1): He disappointed with his performance at Augusta after an opening-round 67. Day has struggled with injury and plays on a limited schedule but has already won in 2015. He's one of the best iron players on tour, which should help him on the long par 4s at TPC Louisiana.

Keegan Bradley (20/1): Bradley appeared in line to win this event a year ago, playing in Sunday's final pairing before fading to T-8. He returns off a pair of top-25 finishes in Houston and Augusta, including a final-round 68 at the Masters.

Here are the tee times for Thursday (local, so Central, time):

A wonderful NFL season continues into week 3 this week as we start to weed out the contenders from the pretenders. In a highly entertaining season so far, this week we'll look at three games involving the Kansas City Chiefs facing the Indianapolis Colts, the Detroit Lions taking on the Minnesota Vikings and also the Atlanta Falcons' clash against the Seattle Seahawks. […]

Week four of the NCAAF season is upon us and we're finally starting to figure out which teams are contenders and which teams are pretenders. There are more big games this week after an electric start to the season, and we've picked out the games between Coastal Carolina and Georgia State, Clemson and Wake Forest as well as Nevada Wolf […]

The return to the ring of Canelo Alvarez takes place next week when he takes on Gennady Golovkin in a super middleweight boxing clash for all the belts in Las Vegas, Nevada in the T-Mobile Arena. The two fighters have fought twice before in controversial circumstances, with the first fight ending in a draw with Canelo being […]

The NFL enjoyed a brilliant opening week of the 2022/23 season and now they return for another round of games with great opportunities to make money for all of you. Among the games taking place are the Los Angeles Rams taking on the Atlanta Falcons, the Cincinnati Bengals taking on the Dallas Cowboys, and the […]