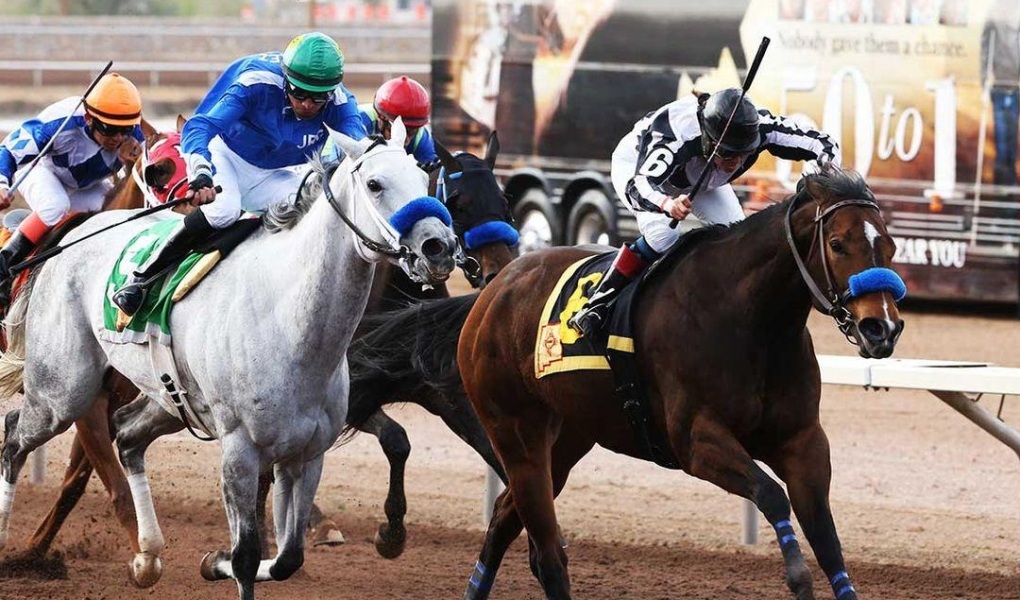 In one of the most competitive editions of the Penn Derby that we’ve seen in years, they’ll go to the gate on Saturday led by a lukewarm morning line favorite in McKinzie (5-2). He’s a horse that showed a lot of promise in the early qualifying for the 2018 Kentucky Derby, but he picked up an injury back in March and he’s been off since, missing the entire 2018 Triple Crown season.

Lightly raced with three wins and a runner-up finish in four starts, McKinzie actually finished first last out in the (G2) San Felipe Stakes at Santa Anita, but was DQd to second after some minor bumping in the lane. McKinzie is a very good colt, and trainer Bob Baffert, who won this race last year with West Coast (currently +700 in Bovada’s BC Classic future bets) knows how to get them ready to run off a layoff.

That being said, I’d like to see McKinzie race once before making a decision on where he fits in this fall’s three-year-old class, and in this field he’s a beatable favorite.

Hofburg Needs to Fulfill His Promise

If McKinzie doesn’t break from the gate as favorite, that position will likely fall to Hofburg, who opened as second choice in the ML at 3-1. Similar to McKinzie, he was the “it” horse going into the Kentucky Derby off an impressive runner-up finish in the (G1) Florida Derby in April.

After running seventh in Kentucky he was a solid-but-not-spectacular third in the Belmont Stakes and since then has come back to win the ungraded Curlin Stakes. The field he beat there was nothing to write home about, and he has yet to prove he can be a graded-stakes winner.

Value Bet in the Pennsylvania Derby

At 5-1 in the morning line, Axelrod looks like a horse that could offer some value. He lacks the resume of the other big contenders in the field, having just moved up to graded-stakes racing this season after seven lifetime starts. But he has a runner-up finish and then two consecutive wins in those three graded-stakes races, and last out handily beat a very good field to win the (G3) Smarty Jones Stakes.

Two key handicapping factors in Axelrod’s favor are the fact he has a recent win on the track, and jockey Joe Bravo has three wins in the Penn Derby to his name already.

Bravazo is Consistently in the Money

Never to be overlooked the biggest problem for Bravazo (6-1) has been consistancy. His last graded-stakes win came back in February, and while trainer Wayne Lukas gets credit for not shying away from taking on the best in Grade 1 races throughout the season, he seems like a horse that needs everything to go his way if he’s going to have an impact.

That being said, Bravazo is a must-use underneath in exotic bets like exactas and trifectas.

The Pennsylvania Derby goes Saturday, September 22 from Parx Racing, with a post time of 5:45 PM Eastern. It immediately follows the (G1) Cotillion Stakes for three-year-old fillies at Parx.