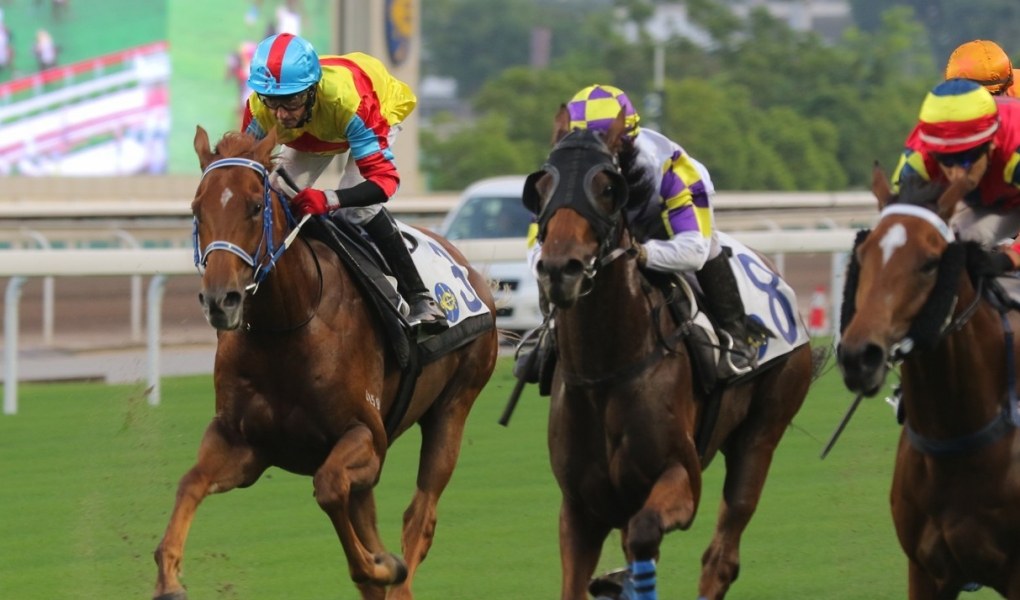 First up on Saturday’s Parx Racing card is the $1 million Cotillion Stakes for three-year-old fillies racing 1 1/16 miles on the Parx dirt.

At least three of the fillies in the field have their sights set on capturing the Breeders’ Cup Distaff, and the results on Saturday will go a long way to determine which of those will be legitimate contenders up against older mares in the Breeders’ Cup.

Leading them to the gate as the solid 3-5 morning line favorite is Monomy Girl, who is unbeaten in five races so far in 2018. She has run up that streak racing at five different tracks and three different distances, and in four of those she won by two lengths or more.

What’s more, she has already beaten all the other top contenders in the race at least once, and as long as she maintains her form, there’s nothing to suggest she won’t do it again.

One of those who has twice finished behind Monomoy Girl in 2018 is Midnight Bisou, second choice in the ML at 5-1. She had reeled off three consecutive graded-stakes wins in her homebase of southern California to start the year, but since running third in the Kentucky Oaks she’s only won once in three tries and was well beaten as the favorite last start in the (G1) Alabama Stakes.

One thing in Midnight Bisou’s favor is that she’s good from coming off the pace, and it’s expected she’ll get a lot of early speed to run at on Saturday in the Cotillion.

Wonder Gadot Could Make it Tough

After winning the first two legs of the Canadian Triple Crown, it was a bit of a headscratcher when the connections for Wonder Gadot (6-1) decided to run her against a very tough field of males in the (G1) Travers Stakes.

She was outrun in that one, but now she gets a chance to battle it out against her own gender and her experience in the Travers could serve her well here.

Wonder Gadot only has one lifetime win outside of her native Canada, but she has been in the money in five of six starts against fillies in the US.

On the bottom of the betting ticket, Chocolate Martini (12-1) is a cut below the top three, but she’s a hard-trying filly who took a big step up to graded-stakes racing this season, and has finished third in her both of her last two races.

Fractional betting lines for North American horse racing are set by each tracks’ professional handicapper. Typically the odds – called the Morning Line – is set two or three days before the race is held, and are used as the base line when betting opens on each specific race.

Most racebooks – such as Bovada’s online racebook – are offering future bets on the Breeders’ Cup Distaff, where Monomy Girl is +200, Wonder Gadot is +800, and Midnight Bisou is +1000.

The Cotillion Stakes goes Saturday, September 22 from Parx Racing. It’s race #10 of 13 on the day, with an expected post time of 4:55 PM Eastern. It’s immediatley followed by the (G1) Pennsylvania Derby.