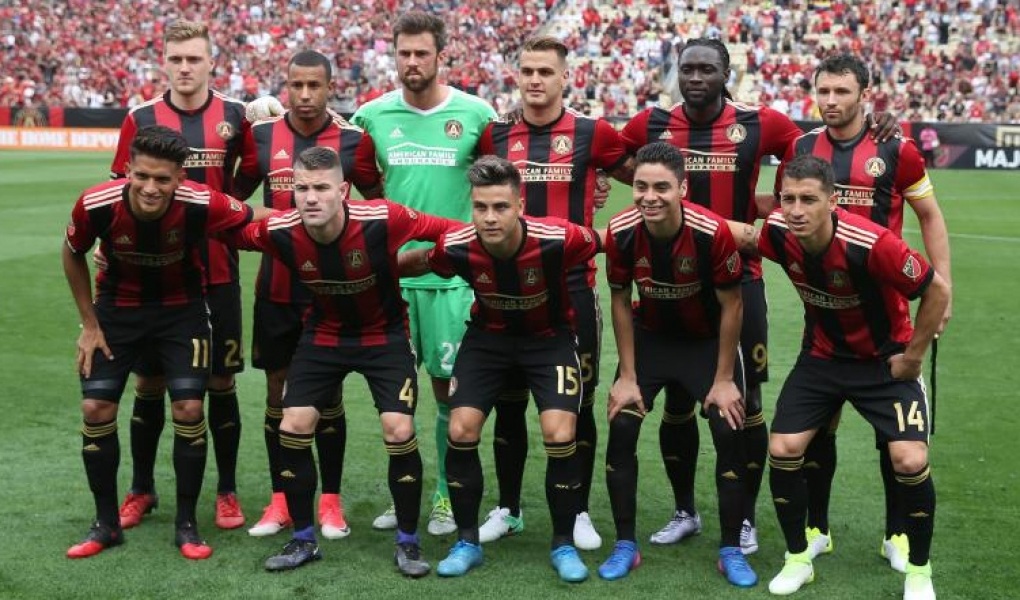 The 2018 Major League Soccer (MLS) regular season is rapidly drawing to a close and fans around the US are now turning their attention to the all-important playoffs and looking to place their bets on who will in the MLS Cup this year.

We are taking a look at the favorites and the outsiders when betting on the 2018 MLS Cup, with betting odds from the superb online bookmaker Bovada.

Atlanta And NY Red Bulls Are The Favorites (+400)

There would have been dozens of soccer pundits who would have predicted Toronto FC would win the 2018 MLS Cup if you had asked for their opinion before the season started. How wrong they would be because it is looking more likely that the Canadian outfit will not even qualify for the playoffs, therefore failing to defend their MLS Cup title.

Amazingly, in only their second season in the MLS, Atlanta United are the joint favorites to win the 2018 MLS Cup with odds of +400. New franchises rarely, if ever, challenge for the championship in their first few seasons as they try to find their feet in the competition, but Atlanta are not like your typical rookie franchise.

Atlanta were bitterly disappointed to be eliminated at the Knockout Round on penalties to eventual Conference Finals runners-up Columbus Crew last year and will be doing everything in their power to lift the MLS Cup this season.

In Josef Martinez, Atlanta have a goal machine who, at time of writing, had 28 goals to his name, 12 more than LA Galaxy’s Zlatan Ibrahimovic and NY Red Bulls’ Bradley Wright-Phillips. Couple this with the second-tightest defense in the entire MLS and you have the recipe for MLS Cup champoons.

Is This Finally The Red Bulls Year?

New York Red Bulls are the joint-second favorites to win the 2018 MLS Cup with Atlanta at odds of +400. Each season, fans of the Red Bulls declare that “this is our season” when talking about the MLS Cup and 2018 may actually see their title dreams come true.

The Red Bulls have only ever reached the MLS Cup final once since their founding in 1994 and that was back in 2008, earning them the unwanted title of MLS’ biggest underachievers. After scraping into the playoffs last season, Red Bulls have already secured their place in this year’s playoffs with six games to spare and are neck-and-neck with Atlanta to win the Eastern Conference.

Red Bulls have managed to shore up a defence that leaked 47 goals in regular season (29 to date in 2018) yet somehow not compromised their talented attacking threat. If Red Bulls can keep Bradley Wright-Phillips fit and scoring goals, 2018 could be the time long sffering Red Bulls fans see their team lift the MLS Cup.

Do Not Write Off FC Dallas or New York City

FC Dallas finished seventh in the Western conference in 2017 and missed out on the playoffs as a result. It was a huge disappointment for Dallas fans who finished on the same number of points as San Jose Earthquakes, but failed to progress due to winning fewer games than their rivals.

Dallas finished with an 11-10-13 record, those 13 draws ultimately costing them dearly. They are already on 14-6-7 with seven games to play and look a much stronger team than 12 months ago.

Bovada price FC Dallas as +800 third favorites to win the 2018 MLS Cup and we certainly would not bet against them.

Like the Red Bulls mentioned earlier, Dallas has only reached the MLS Cup final once, in 2010, and they were on the losing side. They may not have many stand out players, but FC Dallas are a solid team and worth a few dollars of anyone’s money in this competition.

David Villa Could Have A Key Role To Play

New York City FC are a good outside bet to win the 2018 MLS Cup despite losing head coach Patrick Vieira midway through the season. Legendary manager Pep Guaridiola‘s long-time assistant Domenec Torrent took over and has kept the momentum going.

David Villa is NYCFC’s star player and while he has failed to hit his usual high standards for periods of this season, a player of his quaity thrives in the high pressure environment of the playoffs and he could be the difference as the MLS Cup final draws closer.

New York has reached the Conference Semi-finals for the past two seasons and it would take a brace bettor to bet against them making it three on the spin. Of the four teams mentioned in this article, NYCFC are probably the least likely to win the MLS Cup, but write them off at your peril because they do have the ability and experience to cause an upset.