Minnesota Wild About Shooting Down Stars

Five points out of a playoff spot with four games to play, these are desperate times for the Dallas Stars. Things grew even bleaker on Thursday when they travelled to their old home of Minnesota and were throttled 5-2 by the Wild. Saturday, the Wild and Stars complete a home-and-home series in Dallas, and there's nothing that Minnesota fans would like better than to see the Wild put another nail in the coffin of the team that was the Minnesota North Stars from 1967 until fleeing for Dallas in 1993.

The Pittsburgh Penguins also came into the NHL in 1967 and played their first game against the Montreal Canadiens. The Pens dropped the Habs 5-3 on March 15 in Montreal, and have beaten the Canadiens in five of their last six meetings. The Pens will look to take the measure of the Canadiens again in Pittsburgh on Saturday. Montreal hasn't won there since 2015.

The St. Louis Blues were given up for dead when they lost seven in a row last month. But March brought new life, including a six-game winning streak, as they arrive in Arizona to face the Coyotes. The Coyotes stopped the Blues 5-2 on Jan. 15, ending a 12-game winning streak by St. Louis over Arizona. Will the hot Blues get back on track against the Coyotes?

These three contests compiled together make for an intriguing three-team NHL parlay, and we think you should play it, based on the offers being put forth by Bovada. 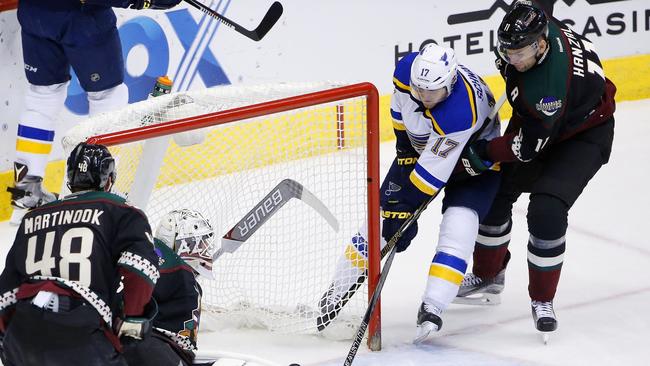 The Blues will arrive in Arizona after playing Friday in Vegas and with points in 11 of their last 14 games to catapult back into the playoff race after being outside looking in at the NHL trade deadline. Blues C Brayden Schenn has already posted career highs for points (64) and assists (39). They've played seven straight one-goal decisions and are 6-0-1 in those games. St. Louis has won 15 of the last 17 from the Coyotes. Arizona hasn't taken back-to-back games from the Blues since 2011.

The Wild scored three second-period goals to throttle the Stars 5-2 on Thursday, extending their point streak to seven games. D Matt Dumba posted a career-high four points in the win. Depending upon how Saturday''s games play out, the Stars could be officially eliminated from the playoffs. The Stars are 1-7-2 in their last 10 games and have allowed three or more goals in nine of those games and four or more goals in six games. Stars C Tyler Seguin has points in four of the past five games (1-4-5). 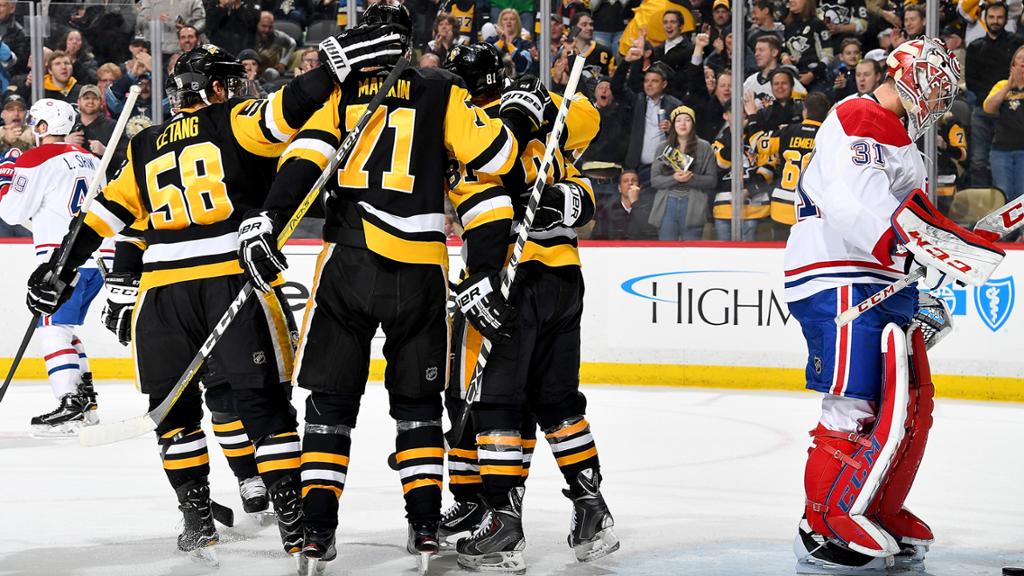 The two-time defending Stanley Cup champion Penguins are looking every bit the part again. They are 25-10-3 since Jan. 1. Pittsburgh has four 25-goal scorers -  Evgeni Malkin (42), Phil Kessel (30) and Sidney Crosby (28) and Patric Hornqvist (25) - for the first time since 2011-12. Canadiens RW Brendan Gallagher has goals in three straight games, with four goals over that span. Montreal has been off since Monday's 4-2 victory over the Detroit Red Wings, just the Habs' third win in the last 13 games (3-8-2).