My Team's Next MatchChicago Blackhawks

Last spring, the Nashville Predators shocked the hockey world, sweeping the heavily-favored Chicago Blackhawks from the opening round of the Stanley Cup playoffs en route to the franchise's first-ever appearance in the Stanley Cup final. Nearly a year later, if you were to forecast which of these two teams held the best chance of playing in the 2017-18 Stanley Cup final series, the smart money would be on the Predators.

The Blackhawks are currently in seventh place in the Central Division, 12 points behind the second-place Predators and 10 back of the St. Louis Blues, who hold the third and final playoff position in the division. On top of that, Chicago is 12th overall in the Western Conference, but only four points in arrears to the Colorado Avalanche, who hold down the second and final wildcard playoff spot in the conference.

Is it curtains for Chicago? Can the Blackhawks rebound and find their way into the postseason? It all starts with this game in Nashville. Let's break it down, based on odds provided by Bovada. 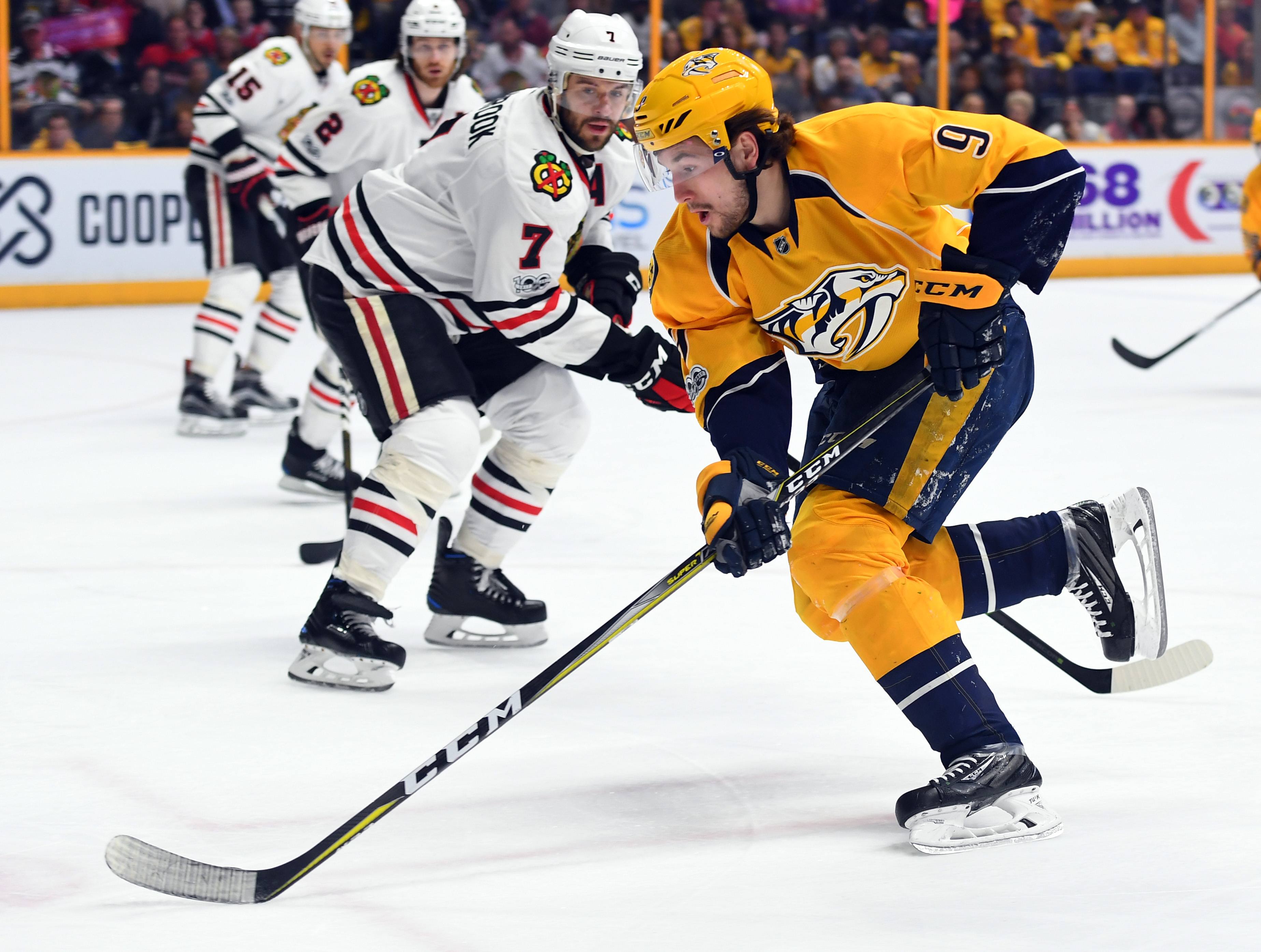 Exactly how far out of favor the Blackhawks have fallen is emphasized by the future odds of them winning the Stanley Cup currently being offered by Bovada. Chicago, usually one of the favorites to cop the Cup, currently sit at +2800. Fifteen teams are offered lesser odds of lifting Lord Stanley's mug this spring, including the Predators. Last season's Western Conference finalists are +1400 to win it all, and only three teams are given a better shot at it than Nashville.

Chicago won the Stanley Cup in 2009-10, 2012-13 and 2014-15, and evidence of the recent success of the Blackhawks was apparent during the NHL All-Star Game at Tampa's Amalie Arena, when the hometown fans booed the introduction of left-winger Patrick Kane, the Blackhawks' lone rep in the game. It was the Lightning that Chicago vanquished to win the 2014-15 Cup. Kane leads the Blackhawks in scoring with 20-29-49 totals.

Chicago's current problems are myriad. Goalie Corey Crawford is out with vertigo and depending upon how quickly his symptoms subside, he may very well miss the remainder of the season. Crawford was scheduled to skate prior to the Blackhawks embarking on this upcoming thee-game road trip, and how he fares in that on-ice session may go a long way toward assessing the team's hopes for a rally to gain a playoff spot. A positive outcome could put Crawford on track for a return as early as mid-February. 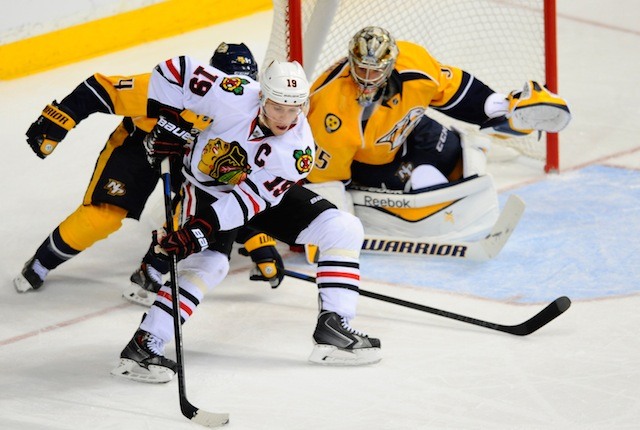 One upbeat note this season has been the play of diminutive rookie forward Alex DeBrincat. He fired a hat-trick in Chicago's 5-1 win at Detroit in the Blackhawks' last game prior to the break, a result that ended their 0-3-1 skid and followed a 1-4-1 homestand.

The Predators, meanwhile, are rolling. Nashville is 6-0-1 in its last seven games, 7-1-2 in the last 10 and a stellar 16-4-3 on home ice at the Bridgestone Arena. The Predators entered the NHL All-Star break one point out of top spot in the Central. Defenseman P.K. Subban, who recently repped the NHL on the Daily Show, leads all NHL rearguards with 12 goals.

Nashville sits fifth overall in the NHL standings even though two key players - forward Filip Forsberg (upper body) and defenseman Ryan Ellis (knee) - have yet to both be in the lineup for the same game, though that could soon change. Veteran forward Cody McLeod was placed on waivers, likely clearing roster space to activate Forsberg, who's missed the last 10 games, from the injured list. Ellis has 3-2-5 totals in nine games since he returned from injury.