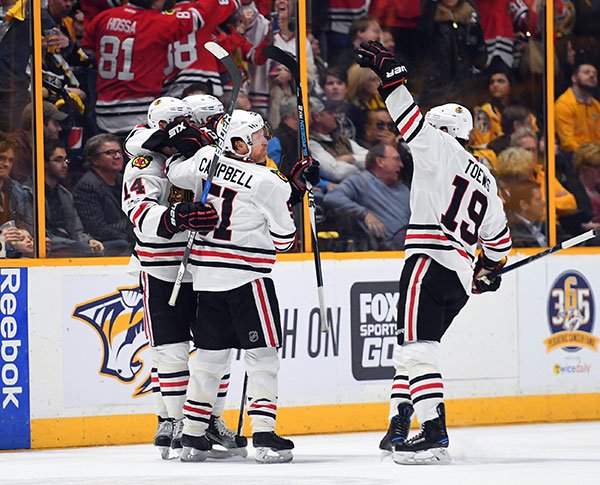 The Atlantic Division-leading Canadiens can add some separation for first place on Tuesday when they take on the Chicago Blackhawks at the Bell Centre.

Winners of eight of their last 10 games, the Canadiens enter action on Tuesday as -116 favorites on home ice, where the club has posted a remarkable 20-9-4 record this season. The Hawks, who are just one point behind the Minnesota Wild for first in the Central Division, are enticing +105 underdogs on the road, where they’ve posted an incredible 20-11-1 record away from the United Center.

Blackhawks forward Patrick Kane has been nothing short of amazing over Chicago’s last eight games, recording 14 points during that span. Kane has been a thorn in Montreal’s side over the years, picking up nine points in 11 career games against the Canadiens.

Head-to-head, it’s been no contest as the Blackhawks have won eight of the last 10 contests against the Canadiens.

Considering an over/under wager? The total goals projection has been set at 5 — a mark these two high-scoring clubs should have no problems surpassing. The Hawks, will once again come out on top. 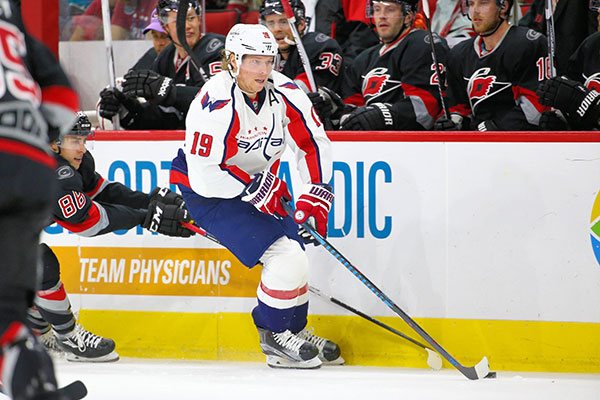 A pair of first-place teams struggling to remain at the top of their respective divisions will do battle on Tuesday night when the Washington Capitals take on the Minnesota Wild at the Verizon Center.

The Metropolitan Division-leading Capitals have lost four in a row; yet enter action as -146 favorites on home ice, where the club has posted a remarkable 27-6-1 record this season. The Central Division-leading Minnesota Wild, who have won five of their last 10 games, are compelling +132 underdogs on the road, where the club has posted an incredible 20-9-5 record away from the Xcel Energy Center.

This match has the potential to be a track meet affair as both the Wild and Capitals are among the league’s top scoring teams. Minnesota is averaging a second-best 3.28 goals per game, while Washington sits third at 3.19.

The Caps hold the advantage in head-to-head action over the last 10 meetings, defeating the Wild six times during that stretch.

If you’re considering a wager on total goals, BetOnline’s projection is 5.5 — a mark these two clubs should surpass on Tuesday night. 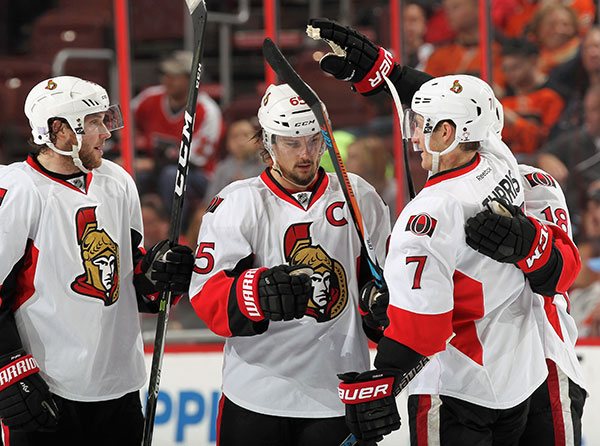 The Senators are battling for first in the Atlantic Division, while the Bolts are fighting for their playoff lives, which should make for an entertaining matchup on Tuesday when the two clubs clash at the Canadian Tire Centre.

The Senators — riding a six-game winning streak and sitting just a single point out of first place in the division — enter action on Tuesday as expected -135 favorites. The Lightning have come on of late, winning three in a row as they chase the Toronto Maple Leafs for the final wild-card playoff spot in the Eastern Conference.

Senators head coach Guy Boucher has transformed the club into a defensive powerhouse. Ottawa is allowing 2.57 goals per game, which ranks 10th in the NHL this season.

However, the Bolts have owned the head-to-head matchup over the last 10 games, winning seven times during that stretch.

If you’re considering an over/under wager, expect this match to be a tight-checking affair. Taking the under on BetOnline’s total goals projection of 5 is the wise move here.