Only two teams have had perfect regular seasons in the modern day NFL — the 1972 Miami Dolphins went 14-0 and the 2007 New England Patriots went 16-0. The defending Super Bowl champions open the season on Thursday, Sept. 7 at home against the Kansas City Chiefs. Including last year’s playoffs, the Patriots have won 10 straight.

Another potent matchup in Week 1 has the Seattle Seahawks traveling to Green Bay to meet the Packers. One of these teams will already be eliminated from this prop bet after the first weekend of the regular season. Which team will last the longest without a loss? Let’s take a look at a few of the contenders (odds provided by topbet).

The Patriots made a ton of moves this offseason, which is unusual for a championship team. Funny thing is, they’re probably better now on both sides of the ball than they were last season.

Oddsmakers agree, as New England (+280) is the prohibitive favorite to repeat as Super Bowl champions. The Patriots open the season against the Chiefs before playing New Orleans, Houston, Carolina and Tampa Bay. These are not easy contests. New England is 0-2 in preseason games. They have two more games left to work out the kinks.

Ben Roethlisberger, Le’Veon Bell, Antonio Brown: This is probably the best offensive trio in the NFL today. Throw in a good supporting cast and the Steelers could make a big run in the AFC this season, especially when they have one of the easiest schedules in the league.

Pittsburgh opens the season on the road in Cleveland before meeting Minnesota, Chicago, Baltimore and Jacksonville. A 5-0 start isn’t out of the question. The biggest test is Week 6 when the Steelers travel to Kansas City to play the Chiefs. If you’re looking to bet this game, Pittsburgh will likely be the underdog in this one. 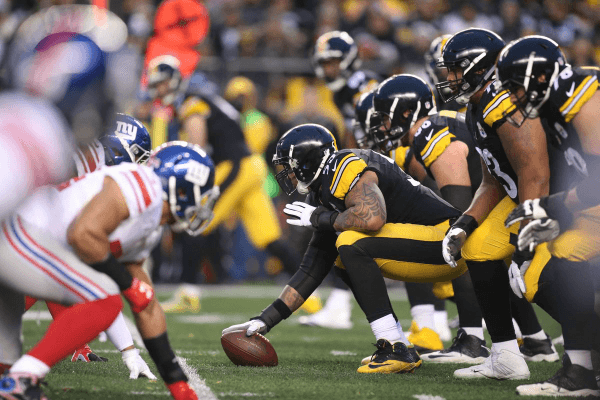 The Packers probably have the toughest two games to start the season. They open at home against the Seattle Seahawks and then travel to Atlanta in a rematch of last year’s NFC Championship game. The Falcons trounced Aaron Rodgers and the Packers 44-21 in that final.

This season, the Packers have lost two key offensive linemen and will likely be a touchdown underdog to win in Atlanta. The Packers are also the first opponent to play in the Falcons’ new home at Mercedes-Benz Stadium. Like last year’s final, expect another high-scoring contest.

Russell Wilson struggled with injuries during the 2016 season and his numbers declined compared to his career year in 2015. The six-year quarterback is healthy again, and his play in the preseason proves it. It makes the Seahawks one of the teams to beat in the NFC.

Seattle travels to Green Bay for Week 1. If they can stun the Packers and the Cheeseheads, the Seahawks have a chance to run off five straight wins before their bye week. Seattle, 10-5-1 last season, has not had a losing season with Wilson behind center. Don’t plan of them having one this year, as they have one of the easiest schedules in the league.

The Raiders bandwagon is filling up quickly. There are many people who feel this is going to be a great season for Derek Carr and his crew. It’s about time, too. Oakland went 12-4 last year, the first time the team finished above .500 since 2002. This could be the last chance for the Las Vegas-bound Raiders to give Oakland fans something to cheer about.

BABB’s pick — All the top teams face some challenges early in the season, but the Pittsburgh Steelers have one of the easiest schedules.