For Chiefs, Titans it's been awhile

My Team's Next MatchKansas City Chiefs

The Chiefs captured the title in the very weak AFC West despite a mid-season skid that saw them drop six of seven. The Titans utilized their home in the dismal AFC South to go 5-1 in division play, while stumbling along at 4-6 against the rest of the NFL.

There are stark similarities with these teams. Both like to operate run-oriented, ball-control offenses, relying on the elusiveness of their respective quarterbacks - Tennessee's Marcus Mariota and Alex Smith of the Chiefs. Each QB's favorite target is a tight end - Kansas City's Travis Kelce and Delanie Walker of the Titans. Kansas City's Kareem Hunt led the NFL in rushing, while the Titans relied on a running back by committee format of Derrick Henry and DeMarco Murray, the latter the 2014 NFL rushing leader... Let's look deeper into this game, based on odds provided by Bovada. 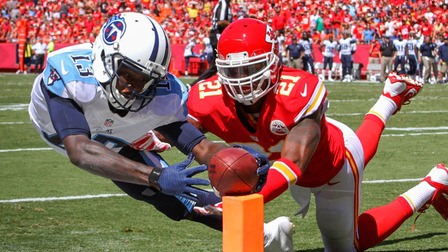 The Titans had lost three in a row when they stopped Jacksonville last week to save their playoff berth. Had Baltimore not blown its game to Cincinnati and with it a playoff berth, the Titans would have finished as the sixth seed and faced the Jaguars, who they've beaten twice this season. Instead, they take their show and their 3-5 road record to Arrowhead Stadium, but the good news for the Titans is that they are 2-0 lifetime at Kansas City.

The Chiefs aren't exactly a playoff powerhouse. They haven't been to a Super Bowl since winning Super Bowl IV from the Minnesota Vikings in the final season of the AFL. Kansas City is 1-9 in its last 10 postseason games, and the Chiefs are on an 0-5 skid in home playoff games. You have to go all the way back to their 27-24 overtime verdict over the Pittsburgh Steelers in a 1993 wild card round game to locate the Chiefs winning in the postseason in Kansas City.

That being said, you are required to go all the way back to 2008 to even find the Titans in the playoffs and to 2003, when they won on the road at Baltimore 20-17 in the Wild Card round, to unearth Tennessee's last postseason success. As much as things went off the rails for Kansas City in the middle of the year, in the case of the Titans, it's pretty much been a downward spiral all season long. Speculation was that if they fell to the Jags and missed the playoffs, that it would have cost coach Mike Mularkey his job. 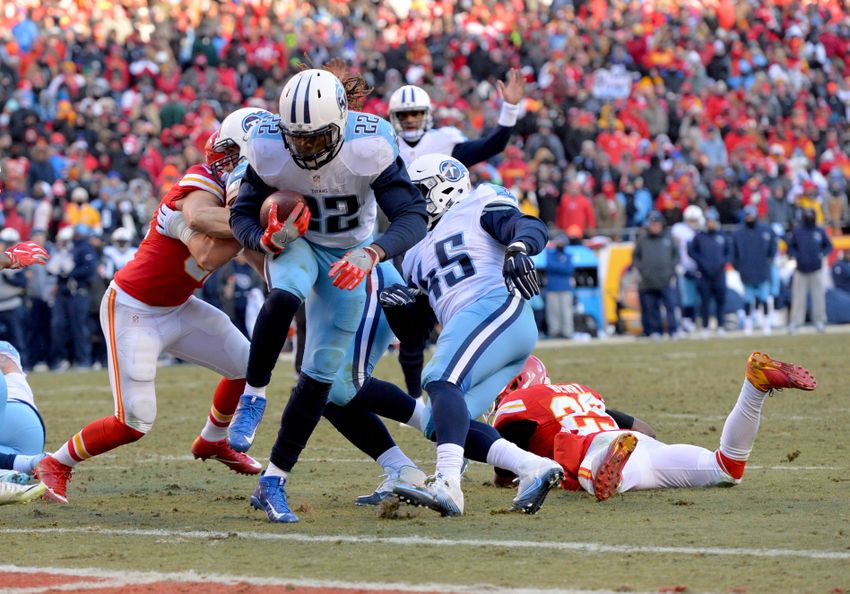 Mariota's game has been in freefall all through the second half of the season, and he'll likely be without half of his solid 1-2 punch at running back, since Murray is questionable due to a knee injury. Kansas City's Hunt followed Ezekiel Elliott of Dallas as the second rookie in a row to lead the NFL in rushing (1327 yards). And in Tyreek Hill, the Chiefs own a deep threat that the Titans simply don't possess.

The key for the Chiefs will be to gain the lead and force the Titans out of their conservative comfort zone and into a vertical passing game. That's when the opportunistic Chiefs, second in the NFL with a plus-15 turnover ratio, can really give the Titans a day they won't soon want to remember.