Have Falcons Found Their Mojo?

My Team's Next MatchLos Angeles Rams

Of the six teams in the NFC playoffs, just one team was part of the postseason picture a year ago, and they are the defending NFC champions. When the Atlanta Falcons sat 4-4 at midseason, no one was betting on them making a run back to the postseason.

But then the Falcons caught fire, going 6-2 in the second half, their only losses coming against division champions New Orleans (NFC South) and Minnesota (NFC North). With such an inexperienced lot in their way as the Rams, it would be foolhardy to count out the Falcons.

Their journey to become just the second NFC team in the last 20 years to make appearances in consecutive Super Bowls begins at Los Angeles against the NFC West champion Rams. Talk about new to all of this. The Rams were 4-12 a year ago, and last enjoyed a winning campaign in 2003, going 12-4 to also win the NFC West title, but back then, they were the St. Louis Rams. The Rams last appeared in the playoffs in the 2004 season, falling 47-17 to the Falcons in their most recent postseason action. Let's take a look at how this game shakes out, based on the odds set by Bovada. 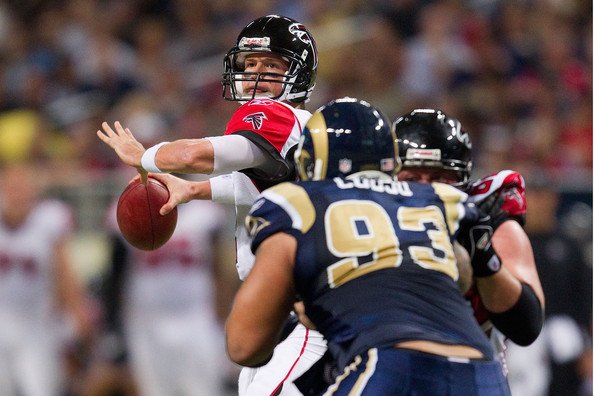 The Rams suit up the NFL's most productive offense, averaging a league-high 29.9 points per game. Kicker Greg Zuerlein led the NFL with 158 points. Running back Todd Gurley led the NFL in touchdowns 19 and rushing TDs (13). Quarterback Jared Goff finished tied for fifth in the league with 28 TD passes and was an efficient passer, tossing a meager seven interceptions. L.A.'s swing to 11-5 from 4-12 was the largest turnaround of any NFL team.

The key for the Rams is clearly Gurley. He was second in the NFL in rushing with 1305 yards, and the Rams were 6-0 when Gurley went for 100 yards on the ground. The Falcons were the ninth best defense overall in the NFL (318.4 yards per game) and ninth at stopping the run (104.1 yards per game), but curiously, allowed 4.1 yards per carry. The Falcons defense has surrendered 23 points or less in six consecutive games and four of those games were against playoff teams.

Falcons QB Matt Ryan hasn't been the stats-generating machine he was a year ago, but let's face it, 2016 was a season for the ages for him and the Atlanta offense. Ryan was still a very solid sixth overall in passing yardage this season with 4095 yards. Of that total, 1444 went to his main man, receiver Julio Jones. But Jones found the end zone only three times. By comparison, L.A.'s Sammy Watkins caught eight touchdown passes. 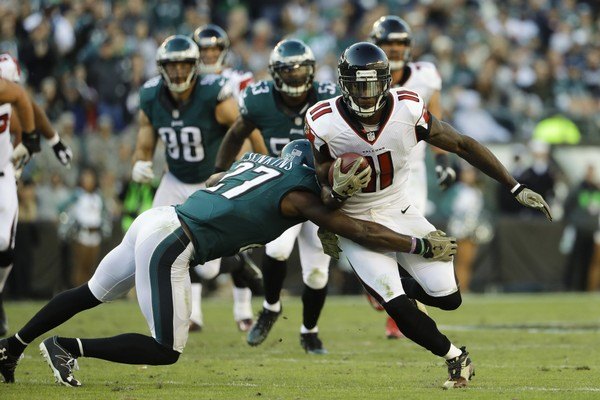 Truth be told, it's Atlanta's running back that could decide the outcome. While they don't suit up a stud like Gurley, Falcons runners Devonta Freeman (895) and Tevin Coleman (695) combined to churn up 1523 yards on the ground and score 12 touchdowns. The Rams were dreadful at stopping the run - 30th overall in the NFL, allowing 4.7 yards per carry.

The been there, done that element will also factor into the outcome. It's the first playoff game in L.A. for the Rams since 1979, and the first postseason go-round for Goff and Rams coach Sean McVay. All they need to do is ask Ryan, who lost his first three postseason games, how hard it is to win in the playoffs. And it's also worthy of note that the Rams were just 4-4 at home this season.