Here are some NFC Championship betting options to consider for Sunday’s game, with odds courtesy of Bet365.com.

The winning streak continues for the Green Bay Packers.

The Packers lived to fight another day after a dramatic toe-dragging catch by tight end Jared Cook set up a game-winning field goal against the No. 1 Dallas Cowboys, ultimately sending the Green and Gold to the NFC Championship.

My Team's Next MatchGreen Bay Packers

The road will only get tougher from here for the Packers, who now face the Atlanta Falcons in the NFL’s Final Four.

The NFC Championship will feature two of the premier quarterbacks in the league, with Aaron Rodgers leading the Packers into Atlanta to face MVP-candidate Matt Ryan and the Falcons Sunday at the Georgia Dome.

The Falcons, fresh off a dominating victory over the Seahawks, head into the match as -213 favorites on home field, where they’ve posted an average 5-3 record. The Packers are knocking down anything in front of them, making them highly enticing underdogs at +175 heading to Atlanta. 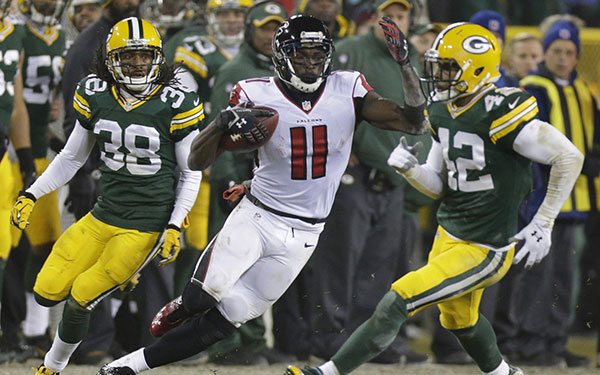 With two of the highest scoring teams in the NFL set to square off, this match has the makings to be a complete track meet.

Rodgers, as usual, is a force to be reckoned with since the Pro Bowl quarterback guaranteed he’d carry the Packers out of the gutter and bring them back into post-season contention.

So far in two playoff games, Rodgers has showed no signs of slowing down, as the superstar pivot leads all QBs with 718 yards passing and six touchdown strikes. That translates a quarterback rating of 110.0 heading into the highly anticipated NFC Championship.

What’s more impressive is Rodgers has been able to get this done without his No. 1 target Jordy Nelson, who missed both of the Packers’ playoff games with a bruised rib. Nelson may be healthy enough to return on Sunday, which would definitely boost the Packers’ chances of prevailing. Rodgers and Nelson connected for a league-leading 14 touchdown strikes during the 2016 campaign.

While the Packers may be relying a little too much on their passing game, the club has three rushing TDs in two post-season games, propelled by running back Ty Montgomery, who has given Green Bay coach Mike McCarthy another weapon late in games.

The Falcons can also mix things up on the field right from the opening kickoff.

In the Falcons’ playoff opener, Devonta Freeman carried the ball 14 times for 45 yards rushing and a touchdown. As a dual threat rusher, Freeman is more than capable of gaining yards by catching balls out of the backfield — giving the Falcons yet another weapon.

Expect the Packers’ secondary to pay extra attention to Falcons wide receiver Julio Jones — arguably the game’s best wide receiver. Despite scoring a touchdown, Jones was rather quiet in Atlanta’s divisional playoff victory over the Seahawks, making six catches for 67 yards receiving. Against a weaker Green Bay secondary, expect the field to open up a little more for Jones. 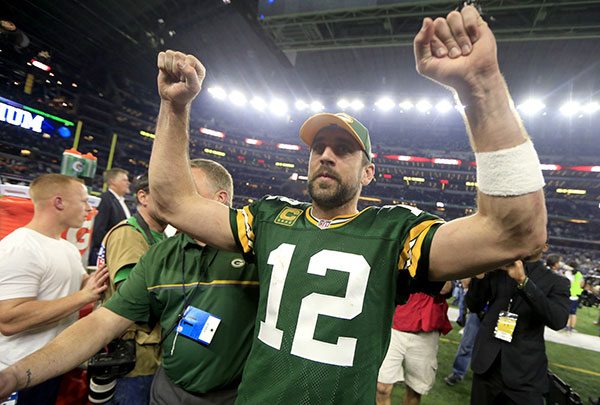 Breaking down the head-to-head matchup between the Packers and Falcons over the last 10 games, the Packers hold the advantage winning six times over that span. In their last encounter earlier this season, Ryan got the best of Rodgers at the Georgia Dome, going 28-for-35 and throwing three TD passes in a nail-biting 33-32 victory.

It actually marked the first of four consecutive losses for the Packers, who went on to run the table before clinching the NFC North crown.

Over the last three meetings between the NFC rivals, the Falcons have averaged 284 yards passing compared to Green Bay’s 256 in the same period

Are you considering an over/under wager? As expected, the line is on the high side as Bet365 is offering a total points projection of 61. With two of the best quarterbacks set to clash, take the over in what is sure to be a thrilling contest.

If you’re betting the spread, take the Packers to cover at +5 as Rodgers will lift the club to Super Bowl 51.