Who will win the national championship? 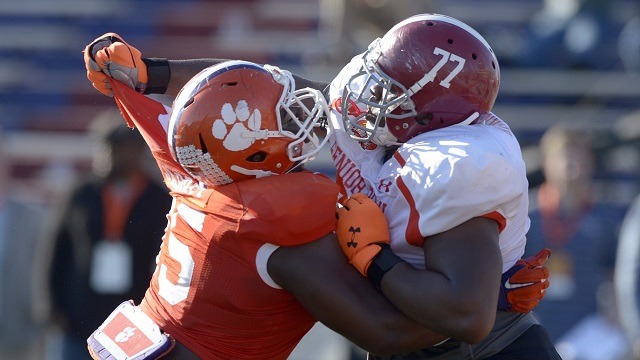 History does repeat itself. Monday's NCAA football championship game is living proof that.

For the second year in a row, it's the Alabama Crimson Tide against the Clemson Tigers for all the marbles in college football, the first time that's ever happened. And it's likely the outcome will be same as well.

How big is 'Bama? Even Ringo Starr tweeted out a photo of himself in his Alabama T-shirt with the words "Roll Tide." Does that mean the Crimson Tide are bigger than the Beatles?

Probably not. But they will come up big when it matters most. Alabama is seeking to become the first 15-0 team in NCAA football history, and count on the Tide rolling to that record.

Consider that the Crimson Tide didn't bring their A game to the Peach Bowl and still toppled No. 4 Washington Huskies by 17 points. Washington averaged 7.1 yards per play coming into game. The Huskies finished with 2.9 yards per play versus Alabama.

After Washington's TD, the Alabama defense held the Huskies to zero or minus yardage on 26 of remaining 56 plays. That's the M.O. of the Tide defense. They dominate and suffocate the life out of opponents, slowly but steadily eradicating hope from their vocabulary and mindset.

Linebacker Ryan Anderson's pick six in the Peach Bowl was the 15th non-offensive touchdown for Alabama this season. Alabama leads the nation with 33 takeaways, compared to Clemson's plus-one in turnover ratio. Maybe the Alabama defense should have won the Heisman Trophy.

Offensively, sophomore tailback Bo Scarborough, a bull of a young man at 6-2, 228 pounds who had only 109 carries on the season, set an Alabama bowl record in the Fiesta Bowl, rambling for 180 yards, including a 68 yard TD run. Alabama's fourth-leading during the regular season with 539 yards, like Derrick Henry a year ago, Scarborough can use his size as an effective late-season weapon to wear down a tired defense.

He may have to. Freshman Alabama QB Jalen Hurts was just 7-14 for 57 yards in the Fiesta Bowl. 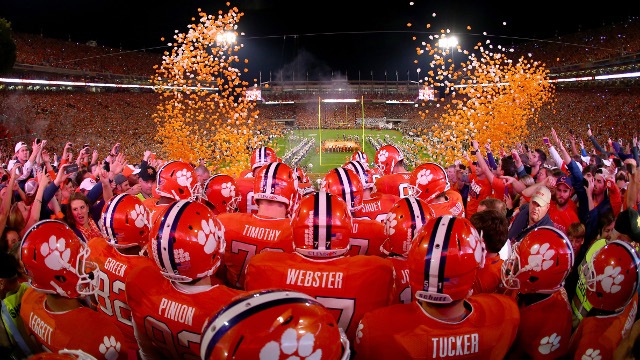 If Clemson is going to pull off the upset - and Tigers coach Dabo Swinney is 5-1 as a bowl underdog - the biggest edge they possess is at quarterback. Deshaun Watson assembled 478 yards of total offense last year, the most ever produced in a national title game. If he can do that again, the Tigers have a chance.

A one-point underdog in the Fiesta Bowl, Clemson beat Ohio State 31-0, the worst bowl loss in Buckeyes history. It was the first time an Urban Meyer team has ever been shutout and first time Ohio State has been blanked since 1993. Clemson scored as many points in the semi finals as Alabama, Washington and Ohio State combined.

Wide receiver Mike Williams, who didn't play in last year's title game because of a broken neck, caught six balls for 96 yards in semi final win. Clemson will need its defensive front seven - led by Carlos Watkins, who has a school record 10.5 sacks - to stuff the run and put a hurt on Hurts.

Clemson last won a national title in 1981 and Alabama leads the all-time series 13-2, with 13 straight victories.

The Tide will make it 14 in a row on Monday.