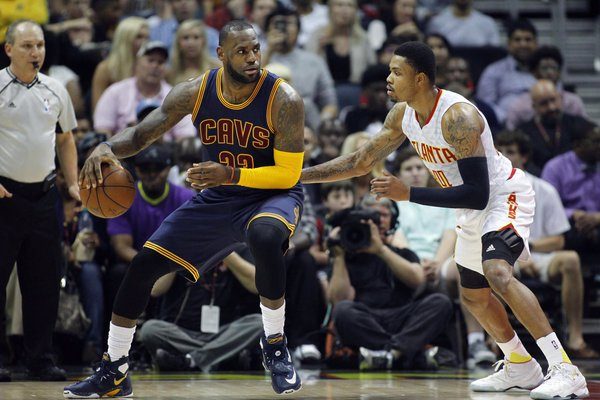 The Atlanta Hawks are far better built to beat the Cleveland Cavaliers this year than they were last year. Their defense is terrifying, making it more likely that they'll be able to dictate the pace of this series, as well as its overall style of play. And if they can stymie the Cavaliers in the half court, mucking up LeBron James' and Kyrie Irving's isolation touches, they will have a puncher's chance of making it through to the Eastern Conference Finals for a second consecutive season.

But that's a big "if." The Cavaliers are healthier than they were last season, when they swept the Hawks in the Eastern Conference Finals without Kevin Love. Now that he, Irving and James are all on the floor at the same time, their offense is tough, perhaps impossible, to solve for even the stingiest defenses.

Another sweep seems unlikely. That much is clear. But the Cavaliers remain, by far and way, the superior squad in this matchup.

The Pick: Cavaliers in five games 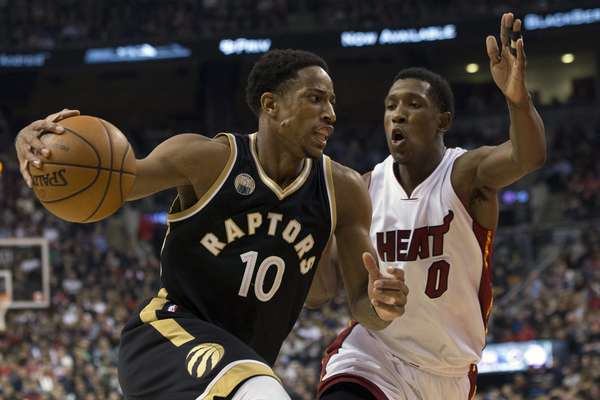 Both the Miami Heat and Toronto Raptors just barely survived their first round dates. The Heat squandered a 2-0 series lead over the Charlotte Hornets, falling into a 3-2 hole, only to rattle off two straight victories and sneak into the second round. The Raptors squeaked past the Indiana Pacers, a team that was supposed to be miles worse than them, bringing into question their ability to stage a deep postseason push.

Should DeMar DeRozan and Kyle Lowry each return to regular season form on offense, the Raptors become an intriguing favorite. The Heat have talent, but just one of their best players, Hassan Whiteside, is firmly in his prime—and he's really only in the second year of being a real NBA player.

The problem? You can't count on DeRozan and Lowry to explode. Neither gained any traction against the Pacers, and the Heat's defense won't be much more forgiving by any means. That they are seen as overall favorites is more a harbinger of the importance of home court advantage. Thing is, they haven't earned the luxury of faith. Not after what happened in the first round. The Heat have regrouped and are back to playing efficient two-way basketball and, thus, must be seen as the better option for all basketball sportsbettors.

The Pick: Heat in seven games 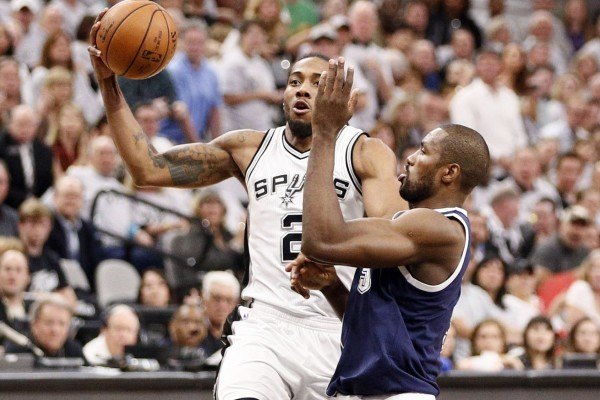 The hope leading into Game 1 between the Oklahoma City Thunder and San Antonio Spurs was that this would be a competitive series. The Spurs are one of the best teams in NBA history, much like the Warriors, but the Thunder have two of the seven best players, Kevin Durant and Russell Westbrook, in the world. Oklamoma City's series odds, as such, shouldn't be so ridiculously low.

And then Game 1 actually happened. The Spurs absolutely destroyed the Thunder. They were at home, yes. But they have home court advantage for the series, so that's relevant. Plus, their defensive blueprint will stick regardless of whether they're playing in San Antonio or Oklahoma City. Kawhi Leonard is one of the few players in this league that can give Durant issues over the long haul by himself, which frees up the rest of the Spurs' defense to zero in on Westbrook.

The Thunder are not equipped to cope with that setup for a full seven-game set—which is why, frankly, they won't even see Game 7. Feel free to stay away from this series, since the Spurs are overwhelming favorites and cannot drum up your return by all that much. If you're compelled to bet, though, there is no other play. The Thunder aren't even interesting as a longer than long shot play anymore.

The Pick: Spurs in five games 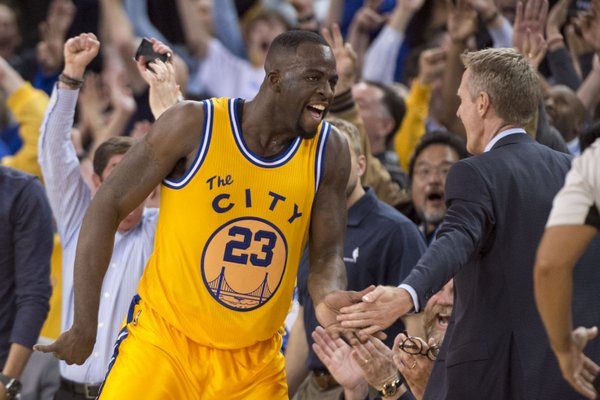 Think the likely series long absence of Stephen Curry increases the chances that the Golden State Warriors will fall to the Portland Trail Blazers? Think again.

Golden State dismantled Portland in Game 1, once again showcasing its depth and identity outside of Stephen Curry. Not every game will be as easy, to be sure—especially in Portland, where the Blazers are scary good. But Game 1 was most definitely a reminder that the Warriors are a borderline contender even without Curry.

Damian Lillard and C.J. McCollum will both eventually have better outings, and the Blazers defense will inevitably hold up against a Golden State offense that cannot function properly for more than a few games in a row without Curry on the floor. But that only assures the Blazers of avoiding a sweep. Beyond that, they don't stand up to the Warriors, hence why the odds on this series are so unattractive.

The Pick: Warriors in five games