It's the dinosuar versus the behemoth as the Toronto Raptors and Cleveland Cavaliers prepare for the NBA Eastern Conference second-round playoff series. LeBron James is the Beast of the East, taking his teams - the Miami Heat from 2010-14 and the Cavaliers from 2015-17 - to seven successive Eastern Conference titles. James and the Cavs toppled the Raptors in the second round last spring, but they were favored to do so. This time around, Superman is the underdog.

If history tells us anything, it's that the Boston Celtics and Philadelphia 76ers will play a long series. Four of the last five playoff sets between these long-time rivals have gone the distance. Boston won three of four meetings this season, but Philly won the last game 89-80, holding the Celtics under 100 points for just the second time in 10 games. Boston is a banged up bunch of ballers and the Celtics had their hands full getting past the Milwaukee Bucks in seven games, while Philly rolled the Miami Heat in five.

Headed Toward The Inevitable

In the West, no matter how you analyze it, there's no way the outcome doesn't end up with the Houston Rockets, the NBA's top regular-season team, facing the defending champion Golden State Warriors in the Western Conference final. The New Orleans Pelicans, with reborn G Rajon Rondo returning to his glory days in their sweep of Portland, are a romantic story. They won nine in a row and averaged 118.2 points per game on that run, but the Pelicans are also 2-25 in their last 27 against Golden State.

Bovada lists the Warriors as -130 favorites to win the Western Conference title, even though they finished second to the Rockets in regular-season play. Houston won't have it easy against the defensively-challenging Utah Jazz, but maybe that's a good thing for the Rockets to get their mettle tested prior to their inevitable showdown with the Warriors, a proud defending champion who won't step aside without putting up a heck of a fight.

Cleveland Cavaliers (+170) vs. Toronto Raptors (-200) - The Cavs swept the Raptors in the second round last spring and they are 2-0 against Toronto in postseason play, with an 8-2 record. The Cavaliers won two of three from the Raptors this season, and both games at Cleveland, where including playoffs, Toronto has lost 10 of 11. The Raptors got more trouble than they should have from the Washington Wizards in Round One. If Cleveland can steal one of the first two games at the Air Canada Centre, this could get interesting. 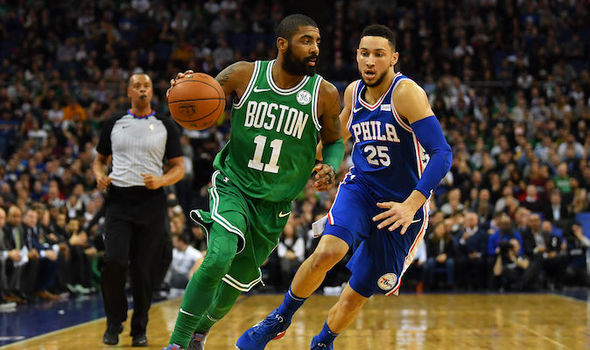 Philadelphia 76ers (-430) vs. Boston Celtics (+315) - Full marks to the banged-up Celtics for coming through against the Bucks minus Gordon Hayward and Kyrie Irving, but they did it by the skin of their teeth against a No. 7 seed. The imposing Sixers have steadily gotten better as the season wore on. Philly are winners of 20 of the last 21 games, with an average margin of victory of 13.3 points over that span. Joel Embiid is back from injury to be a force in the middle and four Sixers went for double digits as they eliminated the Heat. 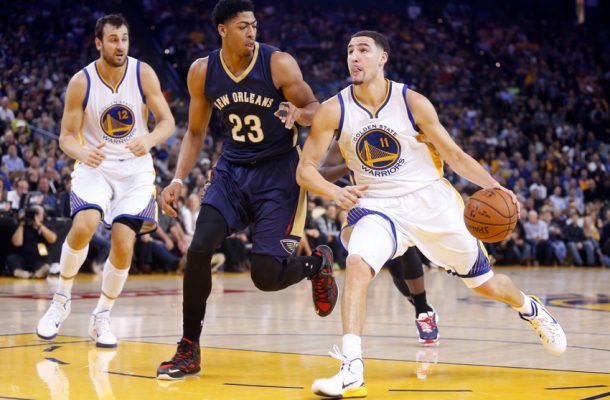 New Orleans Pelicans (+1200) vs. Golden State Warriors (-2400) - The Warriors will get G Stephen Curry (knee) back during this series, but it's not as if they'll need him. The Pelicans are the happy to be here bunch, in the second round of the postseason for the first time since 2008. Without Curry, Golden State held San Antonio to 96.8 points per game in their first-round sweep, while Kevin Durant (28.2 PPG) and Klay Thompson (22.6) handled the offense. Pelicans PF Anthony Davis (33 PPG) is quite a weapon, but he's alone.

Utah Jazz (+775) vs. Houston Rockets (-1500) - The NBA's best team squares off with one of the NBA's best defensive teams. Surprisingly, Minnesota's defense was able to present some issues for James Harden and company, at least until the last two games, when the Rockets went off for 241 points. Jazz C Rudy Gobert is a contender for NBA defensive player of the year, and Utah was the NBA's No. 2 defensive squad. Houston swept the regular-season series, winning on average by 17.5 points.