Best Players To Bet On 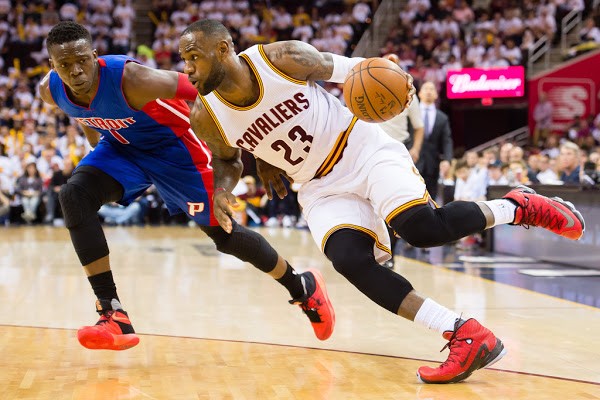 Voter fatigue should finally stop impeding LeBron James' chances of securing a fifth MVP award. People tired of seeing him dominate the discussion year after year. If they didn't, he would have been named the MVP in 2010-11 instead of Derrick Rose.

Alas, James has taken a backseat in the foremost MVP conversations over the last three seasons. But not anymore.

After leading the Cleveland Cavaliers to their first-ever title, James' public approval rating is at an all-time high. The 3-1 series deficit his team erased against the Golden State Warriors helped. The Cavaliers found themselves as underdogs, and people love a good underdog story, even when it's headlined by one of the greatest players ever.

This feeling doesn't appear poised to fade moving forward. The superstar-stuffed Warriors have given the general basketball population a new evil superpower to hate, and their three best players—Stephen Curry, Kevin Durant, Draymond Green—will be stealing votes for one another.

That puts James in one of the driver's seats. Kyrie Irving and Kevin Love won't steal many votes from him. People are smarter than that. As long as he remains healthy, James will be a choice candidate. 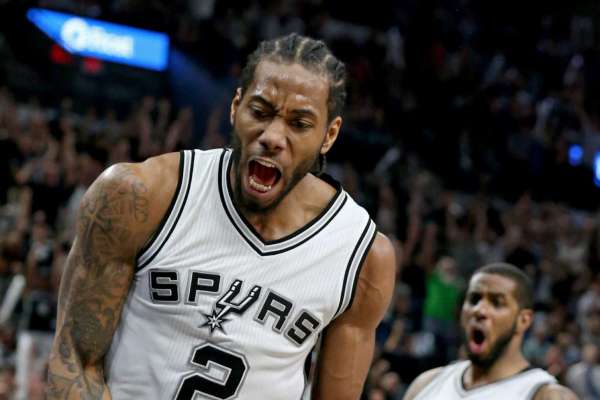 Kawhi Leonard's MVP stock is on the rise. He finished second in last year's voting—a distant second, but an impressive runner-up all the same. He would have won the award in any other year. But Stephen Curry exists, so, you know, he lost.

That could change this time around. The San Antonio Spurs have never been more reliant on him as its centerpiece. Tim Duncan's retirement puts more pressure on the team's perimeter ranks to thrive on both ends of the floor, and Leonard is the chief of that charge.

Somewhat quietly, the 25-year-old has developed into more than just a defensive specialist. He is now one of the best all-around talents in the entire league.

Leonard drains threes. He drives. He drills pull-ups. He creates for himself. He creates for others. And he continues to play his butt off on the defensive end—he has the consecutive Defensive Player of the Year awards to prove it.

Don't hesitate to invest in his MVP candidacy. It's stronger than most realize. 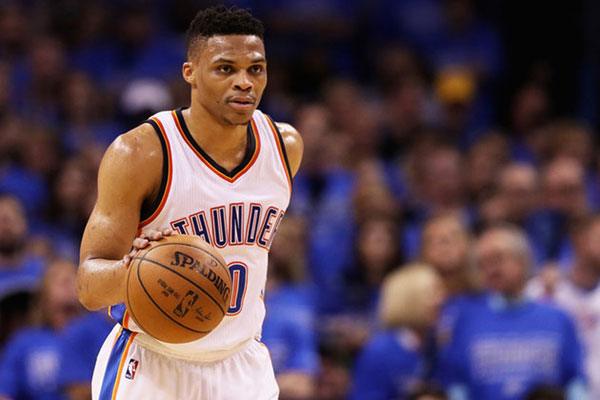 Russell Westbrook is one of the most intriguing MVP candidates, and he has the odds to prove it. Pretty much every sportsbook lists him as the onset favorite of this race, which is a nod to Kevin Durant's and Serge Ibaka's departures, and thus the fact that Westbrook now finds himself all alone.

But this line of thinking, while seemingly ironclad, is flawed.

Most MVP winners come from really good teams. Only a small handful throughout history have played for squads that didn't finish as the third best unit or better in their conference.

The Oklahoma City Thunder don't figure to contend for a top-three playoff seed. Not without Durant. Not in the still-scary Western Conference. They should still make the playoffs, and Westbrook should put up ridiculously gaudy numbers, but for him to win, voter perception of what it means to be the Association's MVP must change.

If you're willing to bet on that shift taking place, fine. At the moment, though, Westbrook's odds aren't enticing enough on the payout front to make such a dice roll worthwhile. 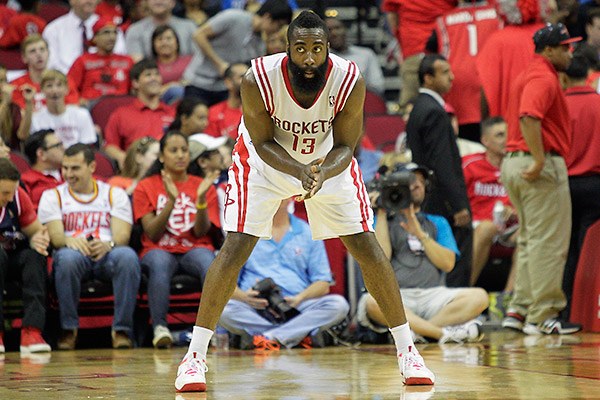 James Harden finds himself in the same boat as Russell Westbrook. He is the lone superstar on a team that may not be good enough to earn him any real MVP dap.

Still, the payout here is nice, and the Houston Rockets have the surrounding talent to obliterate expectations. Their Harden-led offense is going to be great, so if they overachieve even slightly on the defensive end, they enter 50-plus win territory, giving them a shot at sneaking into one of the top three Western Conference playoff spots.

That's good news for Harden. He was the runner-up in 2014-15, behind Stephen Curry, then faded from view last season. People love a good comeback story, and he will be properly motivated to post glitzy stat lines and act as scorer and facilitator now that Mike D'Antoni is his head coach.

Sure, Harden could fade from MVP view again. But he could just as easily emerge as one of the best betting bargains out there. 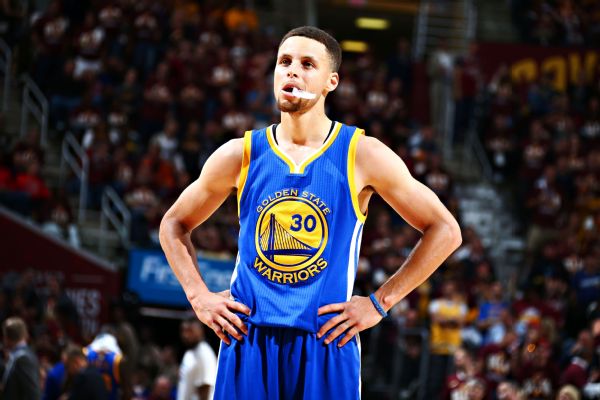 After winning the last two MVP awards, Stephen Curry has voter's fatigue working against him. The only players to earn the honor in three consecutive seasons are Larry Bird, Wilt Chamberlain and Bill Russell. It's incredibly hard to overcome that lagging sense of familiarity.

And on top of that, Curry now plays beside Kevin Durant. It will be harder for him to distinguish his value. Scores of voters will take anything Curry does, however great, with metric tons of salt because he's playing alongside another top-five superstar.

How can he be the MVP when he's not clearly better than everyone around him? 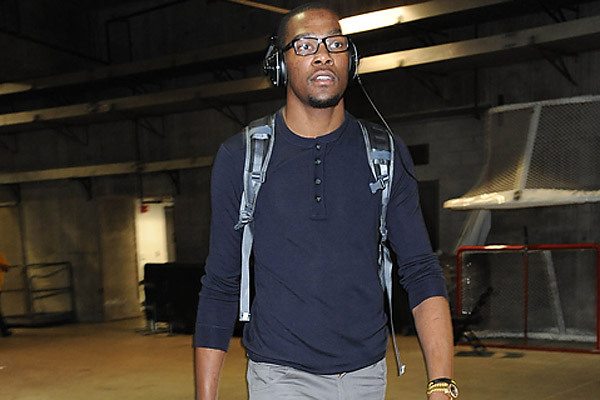 Basically everything about Stephen Curry's lack of appeal applies to Durant. Except Durant is also working against the stigma that exists after taking the perceived easy route to a title.

By abandoning the Oklahoma City Thunder and joining what is already one of the best teams in NBA history, he makes himself out to be less of a player. LeBron James went through this in 2010-11, during his first season with the Miami Heat.

It's necessarily right, but it is a reality. So not only will Stephen Curry and Draymond Green ultimately take votes away from Durant, but he's already taken votes away from himself. 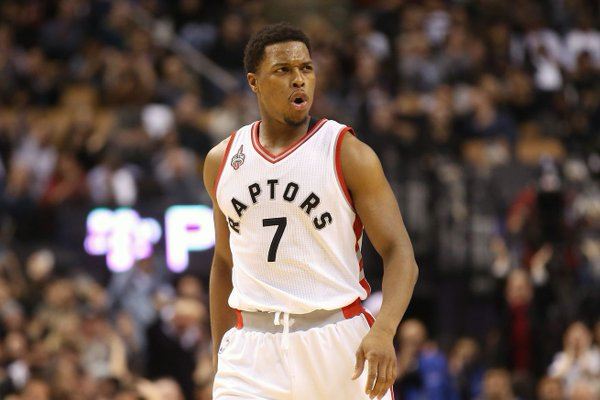 Indeed, Kyle Lowry is a long shot. But he's also the most valuable player for the Toronto Raptors, who remain one of the Cleveland Cavaliers' biggest Eastern Conference threats.

If Lowry's Raptors end up with a better record than the Cavaliers, or if they make yet another leap because of Lowry's accolades, he'll find himself at the forefront of the MVP debate.

After all, the most surfire, albeit also difficult, way to insert yourself into the discussion is to best LeBron James' team in some way. And Lowry's Raptors have an opportunity to do just that.