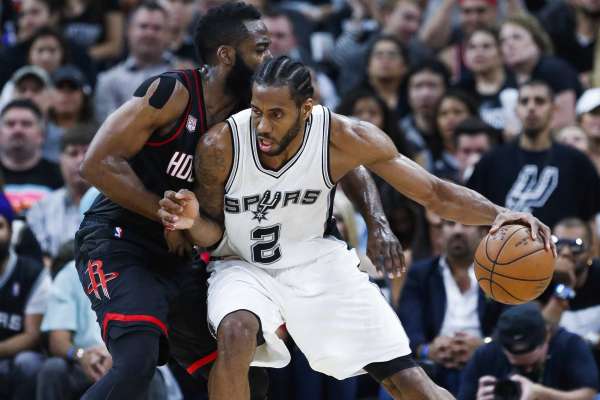 If we go strictly by the odds, the San Antonio Spurs aren't favorites to win the NBA Southwest Division for the first time in years. We don't care.

Yes, the Houston Rockets look scary good on paper after adding Chris Paul. And sure, after parsing both rosters, it's the Rockets, not the Spurs, who have the small-ball firepower necessary to beat the Golden State Warriors. But no one said there isn't a little blind faith involved here. There absolutely is. And that's okay, because the Spurs have earned that unconditional belief.

They're bringing back a bulk of a 61-win core, with a 26-year-old superstar, in Kawhi Leonard, who hasn't yet hit the peak of his prime. And while they made a mistake re-signing Pau Gasol to a three-year, $48.8 million contract over the offseason, they are somewhat built to run wing-heavy lineups that contend with both the Rockets and Warriors, among others, after bringing in Rudy Gay.

Throw out Gay, Leonard and Danny Green with Patty Mills at point and Gasol or LaMarcus Aldridge at the 5, and the Spurs figure to be terrifying at both ends. Factor in the touch applied by Popovich, the best coach in the league, and standing behind San Antonio just feels like the right move. 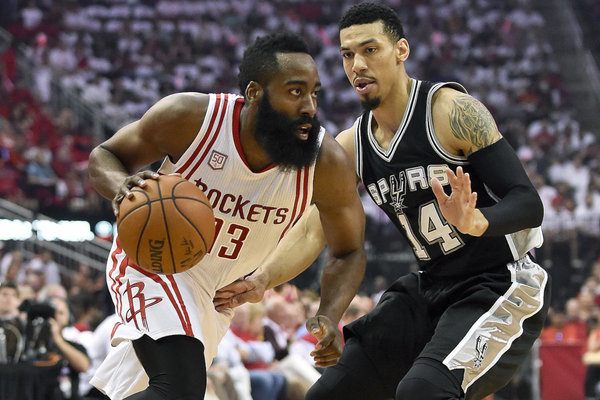 Should it come as any consolation to those who are bent out of shape about the Rockets' placement, they are a super-close second. The main reason they don't overthrow the Spurs in these rankings, aside from San Antonio's own consistency, is that the Paul-James Harden marriage could take a while to work through. Both players are used to having the ball in their hands. One of them must make wholesale changes to their game to adapt.

That someone figures to be Chris Paul. It was his choice, after all, to force his way off the Los Angeles Clippers, so that he could play with Harden. You don't orchestrate that move if you're not ready to tweak the way you play.

Plus, it's possible this grace period is incredibly short. Paul averaged almost as many points per spot-up possession (1.10) as Damian Lillard last season (1.12), and he's canned 43.9 percent of his catch-and-shoot threes since 2013-14, according to NBA.com. The Rockets might find that he's one of the league's most dangerous off-ball scorers and hum from there.

Still, this past efficiency has come on low volume. There's no guarantee that holds within a larger sample, or that Paul and Harden mesh right away. 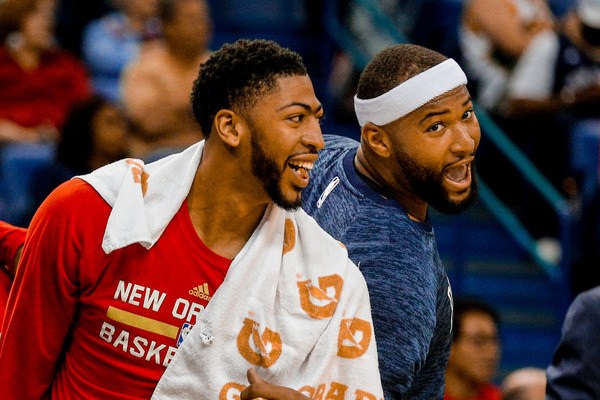 Meet the New Orleans Pelicans, one of the NBA's most enigmatic squads.

Most won't give the Pelicans a puncher's shot in hell of surpassing both the Rockets and Spurs. Heck, there may be people who don't even believe they belong in front of the Memphis Grizzlies. Those are justifiable stances. The Pelicans aren't particularly deep, and adding Rajon Rondo to the starting backcourt may not be a boon for their already shaky spacing.

At the same time, it's almost equally easy to see them winning 50-plus games. They have two top-10 players in Anthony Davis and DeMarcus Cousins, and the growth of their partnership alone could be enough to buoy the hopes of a legitimate contender.

Think about this: The Pelicans scored like a top-seven offense and prevented points like the league's best defense during Cousins and Davis' final 10 appearances together, according to NBA.com.

Extrapolate that over the course of an entire season, and they could have a budding superpower on their hands. Granted, this isn't enough to make them a favorite now. It is, however, enough to entertain the idea that this ranking could end up underestimating their relevance. 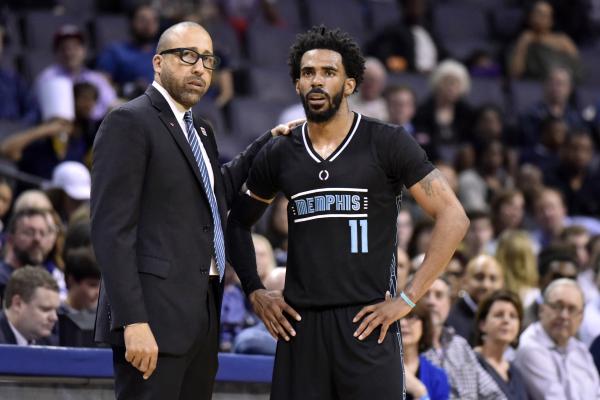 With both Marc Gasol and Mike Conley in the fold, it would be foolish to count out the Grizzlies.

It would be even more ignorant, though, to argue they are sitting pretty. After their two stars, the Grizzlies don't have much. They busted up the Grit 'n Grind core by letting Vince Carter and Zach Randolph sign with the Sacramento Kings; Tony Allen remains unsigned and probably isn't returning; JaMychal Green continues to float around restricted free agency and it's unclear what will happen with him; Chandler Parsons has suffered three straight season-ending knee injuries; and the supporting cast consists of some mid-level contracts, inexperienced dice rolls and low-end flyers.

Translation: If the Grizzlies finish the season above .500, it'll be a small miracle. 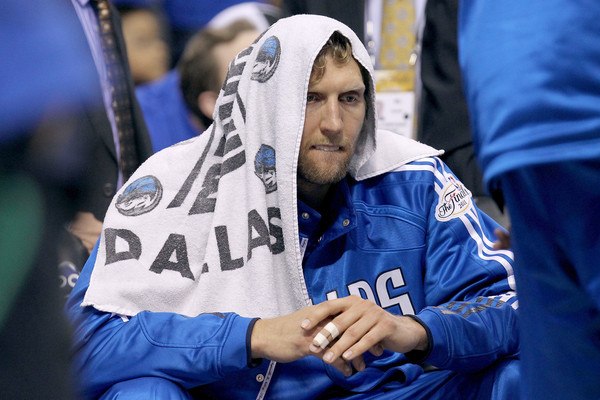 If you want to put the Dallas Mavericks ahead of the Grizzlies, go right ahead.

They have a bunch of interesting talent with Nerlens Noel, Harrison Barnes, Wesley Matthews, Seth Curry and, of course, Dirk Nowitzki. But this team, by its own admission, is in rebuilding mode. Rookie point guard Dennis Smith Jr., while a summer-league revelation, will be getting most of the reps as the starting floor general, and anytime you put a newbie in charge of running the offense, there's bound to be a steep learning curve.

And even if he starts contributing beyond his years, the Mavericks aren't operating under the guise they can make noise next season. They'll start selling off pieces, such as Barnes, Curry and Matthews, if it becomes clear they're too good early on. And teams at risk of hitting the teardown button are not ones that warrant your attention.