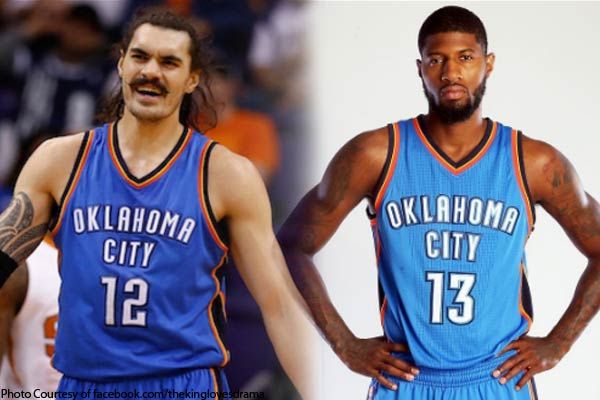 Some people are hesitant to admit this, but we won't be: The Thunder have a legitimate opportunity to be the second-best team in the Western Conference.

Even better than the Houston Rockets.

Even better than the San Antonio Spurs.

Paul George is a perfect fit beside Russell Westbrook, so the learning curve between the two shouldn't be too steep. The Thunder still have to worry about suboptimal floor spacing, but they have the potential to trot out a terrifying Death Squad-style lineup after signing Patrick Patterson to one of the best contracts in the league.

Consider this: In the 66 minutes the Toronto Raptors used Patterson as a small-ball 5 last season, they outscored opponents by 31 total points, according to NBA.com—or 18.8 points per 100 possessions, which would have been the league's best mark by a country mile.

Benching Enes Kanter and Steven Adams to make these lineups work will be a tough pill to swallow. The two bigs are making more than $40 million this upcoming season. But the returns on a combination of George, Patterson, Westbrook, Alex Abrines and Andre Roberson are too tantalizing for head coach Billy Donovan to entirely ignore. Expect the Thunder to have a shot at clearing 53 wins.

Surprised you're not seeing another team? Like the Minnesota Timberwolves perhaps?

Well, get on board with this pick. The Nuggets technically have the third-best Northwest Division odds, but they deserve some love as the No. 2 option.

Nikola Jokic spent most of his sophomore season playing like a top-15 player, and Denver went out and added Paul Millsap, another top-25 talent, to play alongside him up front. He is the perfect complement to everything Jokic does on both ends of the floor.

Mix in the continued development of Gary Harris and Jamal Murray, plus the versatile wing stylings of Wilson Chandler and Will Barton, and the Nuggets have the potential to run roughshod over the rest of the NBA on offense while piecing together just enough defense.

Some concern must be paid to their lack of wings outside the aforementioned four, and the point guard situation isn't ideal. But when you have the balance of playmaking and cross-position faculties everywhere else, those worries are free to fall on deaf ears.

Okay, so, let's not make this awkward, but the Timberwolves almost didn't even get the third spot. The odds have them in a dead-even tie with the Thunder, but they're not on that level.

A starting five of Jeff Teague, Jimmy Butler, Andrew Wiggins, Gorgui Dieng and Karl-Anthony Towns is terrifying on paper, and the Timberpups have some interesting names coming off the bench, including Taj Gibson and Jamal Crawford.

But spacing figures to be a huge problem for this squad—one that placed dead last in three-point attempt rate last season, per Basketball-Reference.com. Butler has never cleared a league-average rate from downtown in consecutive years, and while Wiggins is coming off a career-shooting performance, his personal best didn't eclipse the league average either.

The frontcourt rotation is even more unpredictable. Towns hit almost 37 percent of his threes as a sophomore; he'll be fine. But what if Dieng doesn't continue to expand the range on his jumper? And what if Nemanja Bjelica lays another egg from deep? And how in the heck do the Timberwolves plan to space the floor in the second unit, with Gibson unable to operate outside the paint? Indeed, this team will be good. But it may not be the budding superpower many believe it already is. 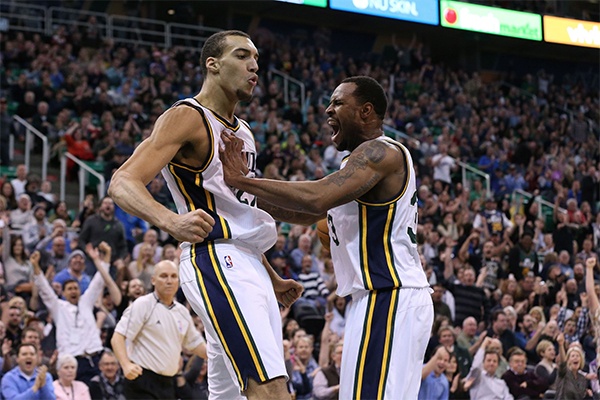 Losing Gordon Hayward to the Boston Celtics is a terrible development for the Jazz. It is not, however, a complete catastrophe. They still have Rudy Gobert, a genuine franchise cornerstone, and they have ample experience playing without important players.

Consider this: In the nearly 200 minutes Gobert logged without the now-gone Hayward, Boris Diaw and George Hill, the Jazz outpaced opponents by 8.4 points per 100 possessions—the equivalent of a second-place net rating.

Small sample sizes are dangerous, and Utah does need to hope it gets enough shot creation from the combination of Joe Johnson, Rodney Hood and rookie Donovan Mitchell. They'll be sunk if they don't. But the talent is there. Don't be caught off-guard if they actually end up giving both the Timberwolves and Nuggets a run for their money. 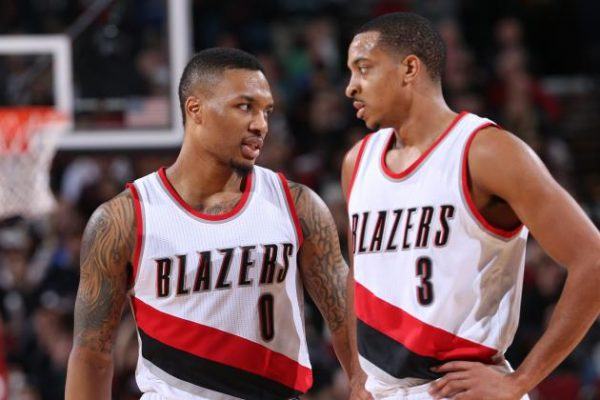 The Blazers' place in the Northwest Division will look a helluva lot better if they convince Carmelo Anthony to waive his no-trade and join them. For now, though, they appear rather unimpressive.

Selling off Allen Crabbe for salary-cap relief compromises their spacing. They still have Damian Lillard and C.J. McCollum, two of the most deadly shooters in the game, but Crabbe was their lone surefire deadeye assassin they could leverage on drives. They don't have that luxury anymore. Meyers Leonard, Maurice Harkless and Al-Farouq Aminu are all wild cards, and Evan Turner simply cannot score that far away from the basket.

Stockpiling the frontcourt with too many bodies only compounds matters. We know Jusuf Nurkic will be the starting center, but things get murky, if positively unpredictable, after that. How will playing time be distributed among Leonard, Zach Collins, Ed Davis, Caleb Swanigan and Noah Vonleh? And will head coach Terry Stotts be able to carve out small-ball 4 minutes for all of Aminu, Harkless and Turner, as their skill sets essentially demand?

Maybe the Blazers hit with this core. In the brutal Northwest Division, though, it's safer to bet they'll finish fifth—or, at best, fourth.