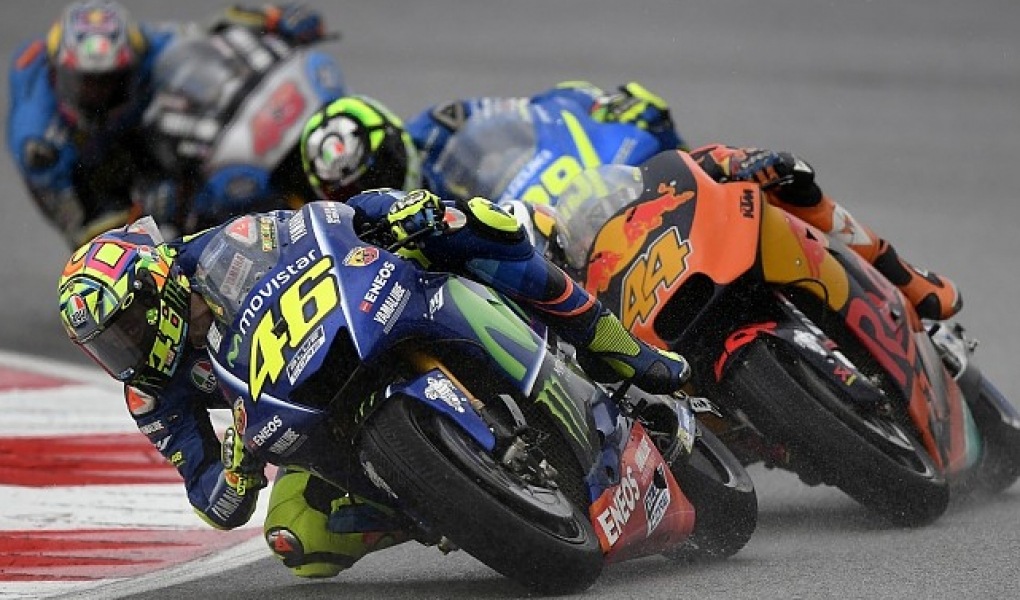 MotoGP: Grand Prix Of The Americas: Will Marc Marquez Continue To Dominate?

There are few athletes currently dominating a sport in the fashion that Marquez has owned MotoGP. He’s won the world title for the last three years and in five of the past six years. In 2018, the 26-year-old Spaniard, who rides for the Repsol Honda race team, won nine of 18 races on the MotoGP schedule. He recorded 14 podium finishes. He is the odds-on -357 favorite in the MotoGP odds to capture a seventh successive Grand Prix of the Americas title in 2019.

In his seven seasons as a MotoGP rider, Marquez has won 36 times in 127 starts, a .283 winning percentage. Marquez, Mike Hailwood, Phil Read, and Valentino Rossi are the only motorcycle riders who have earned world championship titles in three different racing divisions. When Marquez won the MotoGP world title in 2013, he became the first rookie rider to earn the world championship since Kenny Roberts did so in 1978. And at the age of 20, Marquez also was the youngest world champion in the history of MotoGP racing.

Last season, Marquez won seven pole positions and also turned the fastest lap in seven races. He clinched the 2018 world title with three races to spare. He holds 33 MotoGP records, including the only rider to win 13 pole positions in a single season and the youngest rider to win 12 races in a season (21 years, 251 days).

The Marc Of Excellence

At no track is Marquez as dominant as he is when he perform in the Grand Prix of North America at the Hermann Tilke-designed 5.513km Circuit of The Americas in Austin, Texas. His first career MotoGP victory was earned there in 2013 and at the age of 20 years, 63 days, he became the youngest winner in MotoGP history, shattering a 30-year-old record held by Freddie Spencer. He was also the first rider to win a MotoGP race on the the track in Austin.

His victory in the 2014 race was part of a 10-race winning streak that Marquez posted to open the season. The 2015 campaign marked the only time during his MotoGP career that Marquez did not win the world title. He finished third overall that season, but among his three victories, he kept his slate at the Grand Prix of the Americas clean with the third straight win on the Circuit of the Americas.

In 2016, he opened the season with two victories in the first three races, recording back-to-back wins at Argentina and in the GP of the Americas. He won just once in his first eight races of 2017, but again that victory came in Austin. He won his sixth MotoGP  title in 2018. The only track where Marquez is riding a longer streak of success is in Germany, where he’s won nine races in a row.

When weighing the MotoGP USA odds, it’s hard to figure that wagering on anyone but Marquez would prove to be a wise investment.

Marquez dominated last year’s race, earning the pole position, turning the fastest lap of the 20-lap race and winning for the sixth year in succession. He even overcame a grid penalty of three places on the track for impeding fellow rider Maverick Vinales to rally and win the race yet again. It was his first win of the 2018 season and launched a three-race winning streak for Marquez, as he began to fashion the MotoGP odds in his favor en route to a third straight world title.

The Spanish star will be carrying the hot hand as he arrives in Austin. Marquez posted his first win of the season in Race 2 on the schedule, succeeding in Argentina for the second successive year and fourth time overall. He was a second-place finisher in the season-opening race at Qatar, so it would appear that the race to a fourth successive world crown is well underway for Marquez.

If Not Marquez, Then Who?

Suppose you are a person who simply doesn’t cotton to betting on overwhelming favorites. You’ve decided to buck the MotoGP USA odds and look for a price when betting on the 2019 Motorcycle Grand Prix of the Americas. Where should you consider putting your money?

Perhaps veteran campaigner Valentino Rossi (+700), 40, can show that like Tom Brady, he’s discovered the fountain of athletic youth. Rossi owns a record seven world titles but none since 2009. The Italian legend hasn’t won a race since 2017 but finished second to Marquez in Argentina.

There are other wagers on offer from the sportsbooks on the 2019 Motorcycle Grand Prix of the Americas that might offer a better price, even if you were to play Marquez. You can place prop wagers on who will earn the pole position, and on which rider will turn the fastest lap. You can also bet on the outcome of the Constructors Championship, although the Repsol Honda team of Marquez and Jorge Lorenzo, the Honda factory team, have won that title the last six years running.