Will Texans Be Ravens' Next Goose Egg?

Linebacker Terrell Suggs, leader of the Baltimore Ravens' defense, likes to refer to shutouts as no hitters, though that seems to be a bit of a misnomer. When the Ravens' defense shuts down an offense, there is plenty of hitting involved. Three times this season, Baltimore has proven to be perfect, and that's an impressive statistic, considering that the other 31 teams in the NFL have combined to post just four shutouts. Baltimore has put up two shutouts in its last three games.

The Ravens are only the fifth team in the past 30 seasons to post at least three shutouts in one year, joining their 2000 compatriots, the 2003 New England Patriots and 1991 Washington Redskins. Of that group, two teams - the 2000 Ravens and the 2003 Patriots - followed up with a Super Bowl-winning performance, though that certainly doesn't appear to be in the cards for this offensively-challenged 5-5 Ravens, who currently cling to the sixth and final AFC playoff seed

Still, the zero sum performances are impressive enough that Bovada offered a prop bet on the Ravens earlier this week. Will they post another shutout this season?

My Team's Next MatchHouston Texans

If they get to four shutouts, they would equal the NFL-record performance of that steller 2000 Baltimore Super Bowl-winning defensive outfit. Certainly, the Texans might look like a potential whitewash victim, but Houston QB Tom Savage put up 31 points on the Arizona Cardinals last week, and in DeAndre Hopkins, passes to the NFL's most dangerous deep threat, so you might want to pass on playing any shutout prop wagering this week. A look at Monday night's game, and where you should be playing your action, based on odds provided by Bovada. 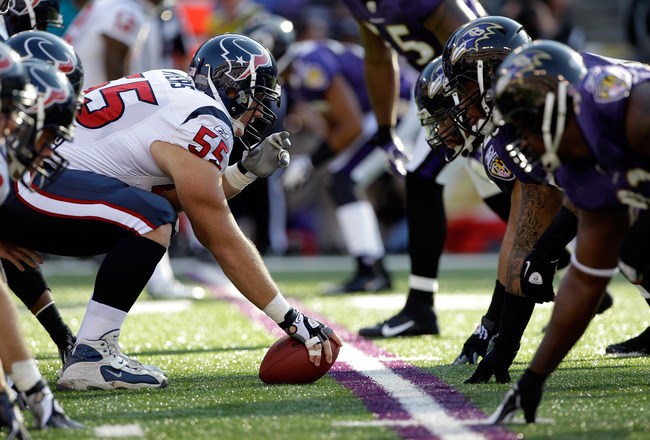 Baltimore's 20-0 season-opening shutout of the Cincinnati Bengals was the first posted by the team since 2009. But an interesting stat is that no NFL team has allowed fewer points at home than the Ravens since 2008, the year that John Harbaugh was hired as head coach. This season, suiting up the NFL's second-worst offense, averaging 279.8 yards and 17.9 points per game, Baltimore's defense is left with little choice but to play as close to perfect as possible.

Four times this season, the Ravens have scored 17 points or fewer, and twice they've been held to single digits on the scoreboard, so if you're a total player, we can't stress it enough - play the under. Defensively, Baltimore has held the opposition to 10.7 points per game at home, but curiously, two of the five times they've surrendered over 20 point this have come at home - 26 points to the Steelers (understandable) and 27 points to the Bears (unbelievable).

On paper, the Texans weren't much on offense until they inserted Deshaun Watson at quarterback, and they haven't been much on offense since Watson was lost to a season-ending knee injury and Savage came back in under center. That was until last week, when Houston lit up the Cardinals for 31 points. In their two previous games with Savage at the helm, the Texans combined to produce 21 points. 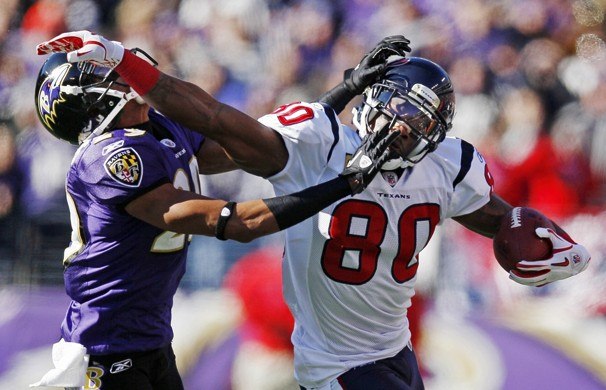 One advantage Savage has is that he can put the pigskin up for grabs if it's aimed toward ex-basketball player Hopkins, and odds are he will come down with the jump ball. Hopkins leads the NFL with nine touchdown receptions and also in catches resulting in first downs (47). He's gone over 100 yards in three games, going off for 224 yards against the Seahawks on Oct. 29, and has been on the end of a TD pass in seven of 10 games. Bovada has set the total on Hopkins receiving yards in this game at 67.5. Play the over at odds of -125.