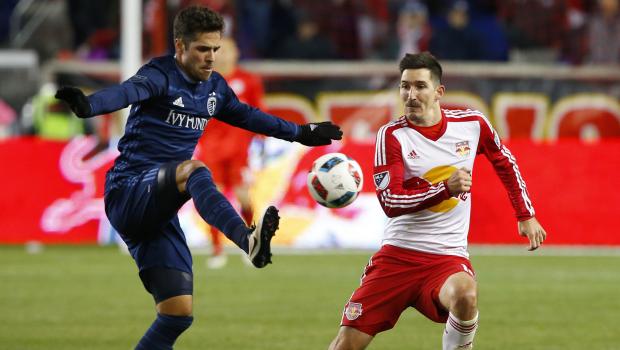 We had 40 percent accuracy with our predictions this week thanks in part to Sporting Kansas City (-120) beating Toronto by one goal to nil. As the score line suggests, it was a closely fought contest, one which was settled by a 70th strike by former Houston Dynamo forward Brad Davis, his first goal in Sporting KC colors. The win was Sporting KC’s third in as many games and they sit proudly at the top of the Western Conference. 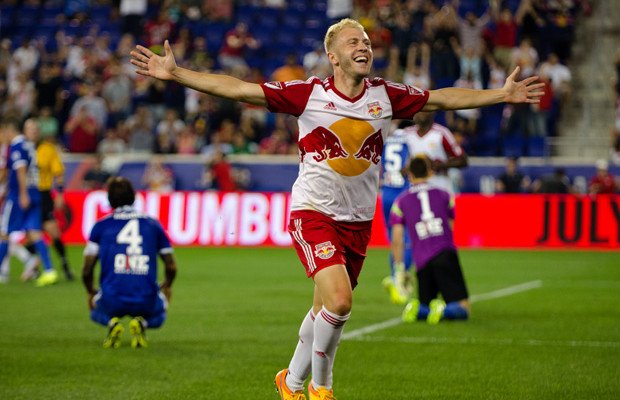 Another team experiencing the sweet taste of success was the New York Red Bulls (-141) who final got off the mark after two straight defeats. The Red Bulls ran out 4-3 winners at home to Houston Dynamo in a thrilling encounter that was an amazing spectacle for supporters and neutrals alike.

Sacha Kljestan put the Red Bulls 1-0 ahead in the 22nd minute, but his side trailed 1-2 going into half-time after a brace of goals from Will Bruin. Mike Grella, who came on as a first-half substitute for the injured Gonzalo Veron, equalized in the 63rd minute before Alex put the Dynamo’s nose back in front. The drama was not quite over because Felipe netted on 77 minutes before bagging another goal six minutes later to snatch victory for the Red Bulls.

In our Week 3 preview, we predicted Chicago Fire and Columbus SC would draw (+250) and this is exactly what happened as honors ended even at the end of 90 minutes. The Fire set up to frustrate Columbus and pressed them high up the pitch, often leaving Crew camped inside their own half. This was Chicago’s second tie of the season and Columbus’ first points from three games played, form they will have to change sooner rather than later if they are to repeat last season’s MLS Cup final appearance.

Seattle Sounders’ poor start to the season continued as they fell to a 1-2 home defeat against Vancouver Whitecaps. The previous four meetings between the sides had seen the away team win, but we thought this trend would be bucked with Sounders priced at +110 before kickoff. However, the strange record continued despite Sounders dominating the game with 60.2 percent of possession and 19 shots to the Whitecaps’ nine.

Worryingly for Sounders coach, Sigi Schmid, his team failed to turn their plentiful chances into goals and Seattle are now rock bottom with no points on the board from the first three games played. With the international break this week, Schmid has ample time to consider making some changes to his struggling side. 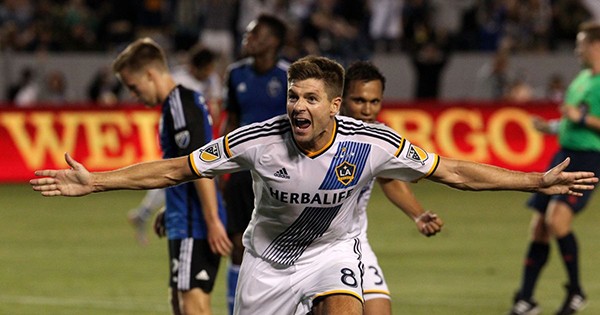 LA Galaxy (-200) scored another three goals this weekend taking their tally to seven for the season so far. Bruce Arena was forced to make a fourth-minute substitution after former England and Liverpool captain hobbled off with a calf injury, but the loss of Gerrard was not felt as the Galaxy dominated proceedings against the San Jose Earthquakes.

San Jose had to play the entire second-half with 10men after Simon Dawkins received a straight red card during first-half stoppage time for a poor tackle on Sebastian Lletget. Galaxy made the extra man advantage count with goals from Gyasi Zardes in the 56th and 62nd minute, and although Chris Wondolowski pulled one back for the Quakes on 89 minutes, Robbie Keane restored the two-goal advantage from the penalty spot in second-half stoppage time.