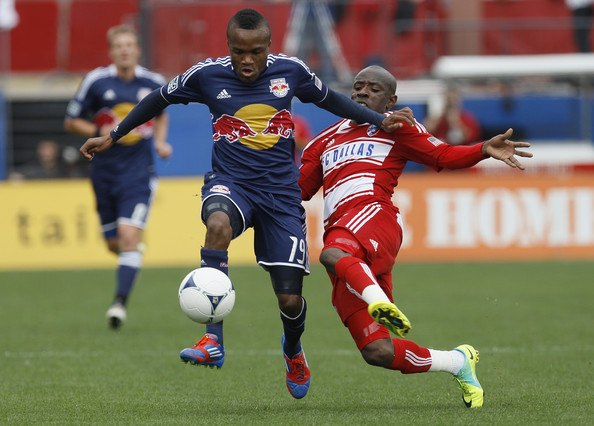 With heated rivalries, top-of-the-table clashes and big names back in action, Matchday #9 was always going to be a great advert for Major League Soccer, and so it proved from the kick-off as Friday night saw the Red Bulls demolish F.C. Dallas in a dominant display. Having wasted several good opportunities to score in the first half-hour, Lloyd Sam opened the scoring on 37 minutes when he converted Sal Zizzos's knock-down in the area.

That lead was doubled before the hour-mark by Sacha Kljestan, and with additional strikes from Mike Grella and the magical Felipe before the final whistle. Red Bulls fans enjoyed a powerful display of attacking football which means back-to-back victories for the men from the Big Apple. Dallas will need to recover fast from a humiliating defeat. 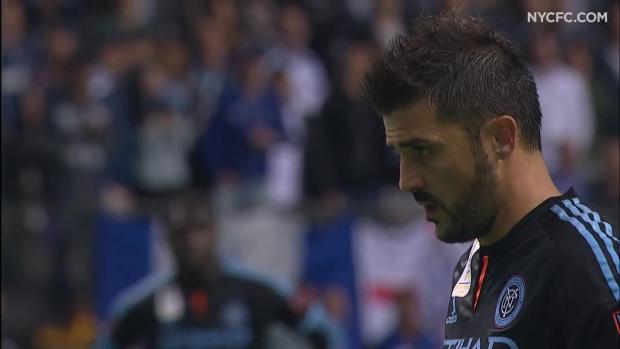 The game of the weekend was in New York, but at the newly formed NYCFC's ground rather than during Friday night's Red Bulls march to victory. City did not have things nearly as much their own way, with The Whitecaps taking the lead against Patrick Viera's troops after just 36 seconds. Octavio Rivero took advantage of a sloppy piece of play from Josh Saunders and Vancouver were 1-0 up. It took until the 35th minute for New York to work their way back into the game, but when their comeback arrived, it was worth waiting for.

First, David Villa equalised after an assist by Khiry Shelton. Then, just six minutes later, Italian legend Andrea Pirlo set up Villa for a spectacular second, a volley right out of the top drawer. Vancouver weren't finished, and rallied after the interval to equalise through Christian Bolanos after 63 minutes,. But NYC weren't to be denied, and Steven Mendoza slotted home 10 minutes later to give New York City a priceless win, only their second of the league campaign and their first at home in six games. 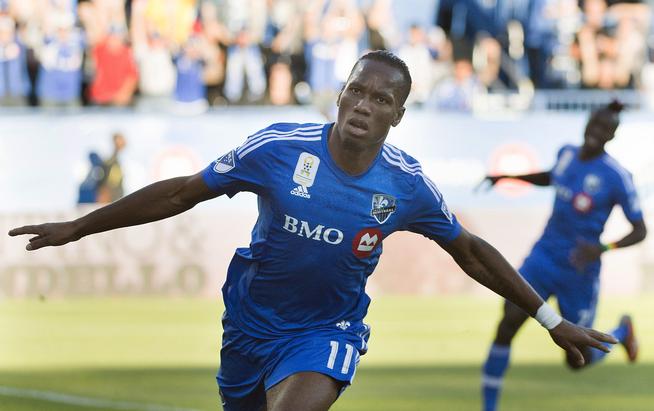 A fantastic game in Montreal saw Colorado twice come from behind to earn a tie as Didier Drogba led the line brilliantly for the hosts. With both sides flying high in their respective conferences, the game was a finely balanced one and Colorado made a mockery of the pre-match moneyline by showing strength and character to twice come back from a goal down.

The match started with a bang. Former Chelsea and Fenerbahce striker Drogba bending in a peach of a free-kick from 20 yards out in the ninth minute to give Impact the lead. Undeterred, Colorado equalised just after half-time when Shkelzen Gashi built on good play from the starring Jermaine Jones to make it 1-1.

It only took three minutes for Montreal Impact to regain the lead, however, when Maxim Tissot drove home from way out. It took until the 73rd minute for Colorado to draw level again, and when it came, it was from an ironic source. Bobby Burling once turned down playing for Impact, a fact not lost on the home fans. But he had the last laugh, converting from good approach play from the excellent Gashi to make it 2-2. Both sides went top of their respective conferences after the game, Colorado leading in the Western Conference while Montreal are top of the East. We may well see these two clash again in the postseason, a treat for all neutrals if it comes to pass. 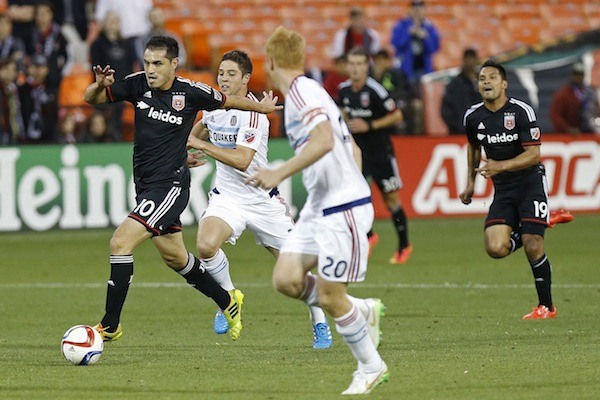 The basement dwellers Chicago Fire managed a tie at home to DC United, but were left ruing a second half performance that highlighted their frailties more than anything. With rookie Jonathan Campbell flicking home an Alvarez cross in the 64th minute. Chicago went in to half-time 1-0 up as the rain poured down on a wet and wild day. Sadly for Fire fans, the weather was not matched by the home team in the second half, with no storm sealing a victory.

Instead, Patrick Nyarko equalised to haunt his former side and deny them what would have been a vital win. Fire remain rooted to the bottom of the table and by the end of the game DC United looked most likely to nick a second goal and the win.

Elsewhere, the Seattle Sounders (+120) scraped home 1-0 thanks in no small part ot Jordan Morris, who scored the only goal of the game in the 88th minute, after a game largely dominated by Columbus Crew (+233). Philadelphia Union (+115) couldn't seal the deal against San Jose Earthquakes (+300), who had an 83rd minute equaliser from Simon Dawkins to thank for getting them a 1-1 draw.

A Lee Nguyen-inspired New England Revolution (-137) were frustrated as they tied 2-2 at Orlando City (+400) thanks to a last-minute strike from Carlos Rivas for the home side. Real Salt Lake (-127) did the business with a 2-1 win over Houston Dynamo(+355), while last season's surprise package Portland Timbers (+100) won by the same scoreline against Toronto (+250).

In the final game of the weekend, L.A. Galaxy (+275) tied 1-1 at Kansas City (+125), drawing level through Giovani Dos Santos before half-time after going behind. Galaxy were left with only ten men after yet another red card in this season of indiscipline in MLS, Ashley Cole getting his marching orders after two yellow cards in less than a minute after 70 minutes.