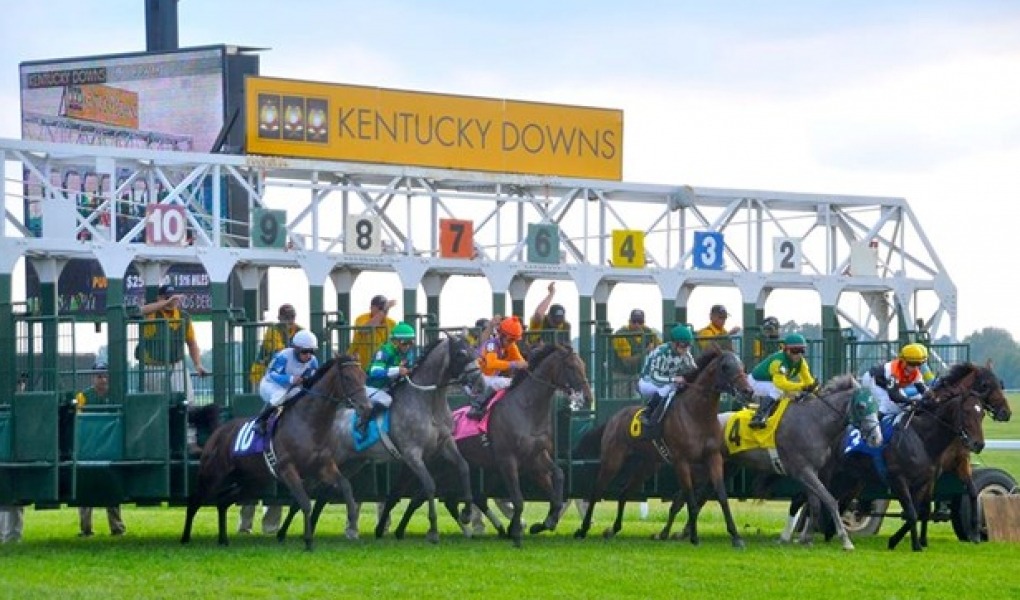 Just as he is later in the day with the morning line favorite Oscar Nominated in the Kentucky Turf Cup, Michael Maker is the trainer of record for I’m Betty G, the Ladies Turf Stakes favorite at odds of 7-2.

A four-year-old filly who took four starts to get her maiden win last year, I’m Betty G has turned in several nice performances in 2018, hitting the board in all five starts this season, and winning her last three. That streak includes her last start in the Ladies Turf Stakes Preview at Ellis Park, where she led the field gate-to-wire to win by a length, also running a flat mile.

It’s not going to be a walkover for I’m Betty G., however, and breaking from the inside gate she may need to use a lot of her natural speed to try and clear the field before the first turn.

If that effort leaves her empty ias they turn for home, it might open the door for the late-running Storm The Hill (4-1), who has run back-to-back best lifetime speed figures in racing southern California.

The first of those occurred when Storm The Hill came from far back to capture the (G3) Whilshire Stakes at Santa Anita, and next out when she just missed in a four-horse photo finish for second place in the (G2) Yellow Ribbon Handicap.

Although she hasn’t shown the top speed of her biggest rivals in the race, the Mark Casse-trained Valadorna (8-1), can’t be overlooked at a tempting price, having won three of her last five starts, the most recent of those the (G3) Doubledogdare Stakes at Keeneland.

In 2016, Valadorna ran second in the 2016 Breeders’ Cup Juvenile Fillies on the dirt, and still needs to prove she’s just as good racing on on a grass surface.

Looking for a longshot to round out the exotic bets, UK-bred Dubara (15-1) is a stakes winner on her home soil, who has now made two starts in the US, running third then fourth, respectively.

She gets a bit of cut back in distance here, and could be poised to move up for trainer Brenden Walsh.

The best bet for wagering the full Kentucky Downs card on Saturday is with an account at Bovada’s online racebook.