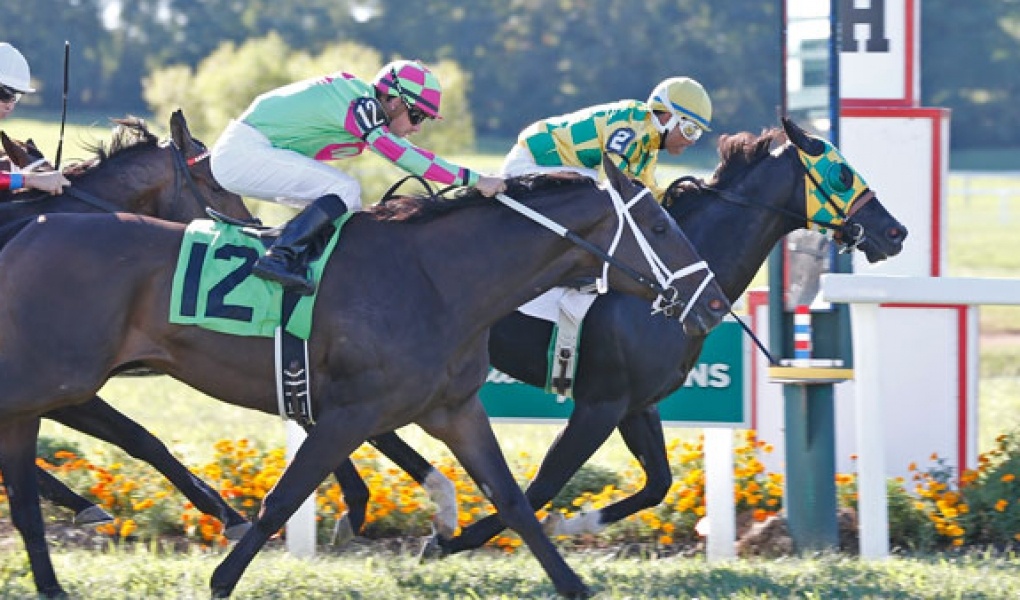 After winning his 2018 season debut at the Turf Cup distance of 1 1/2 miles in the (G3) W.L. McKnight Handicap at Gulfstream , the Michael Maker trained Oscar Nominated has come up short in his last three races. Now he returns to Kentucky Downs to defend the title he won last year, on a track where he is a perfect two-for-two. That’s enough to make him the morning line favorite at 7-2, but he appears to be vulnerable in the big field.

As is sometimes the case in racing, it turns out that Oscar Nominated’s biggest challenge could come from another Mike Maker trainee in the form of the seven-year-old Bigger Picture (9-2) who enjoyed his the most succesful season of his career in 2017 when he captured a pair of graded stakes, including the (G1) United Nations at Monmouth Park.

Like Oscar Nominated he has struggled a bit this year, but to his credit he hasn’t shied away from the tough competition, with all of his races at the Grade 1 or Grade 2 level. The Kentucky Turf Cup is actually a bit of a drop down in class, and as a late runner the distance here should be to his liking.

Big Bend Has Shown a Liking for Turf

After starting his career racing on the dirt, including a win in the Illinois Derby and a sixth place finish in the 2017 Preakness Stakes, Big Bend (5-1) has recently been switched to turf racing, and last time out rallied from back in the field to get up for third in the (G2) Del Mar Handicap. Like Bigger Picture he’s going to need some pace to run at as they turn into the stretch, but a step forward off his Del Mar effort puts him in contention.

You can expect some of that early speed to come from Manitoulin (6-1), whose front-running style carried him to a Grade 2 win at Del Mar in the 1 1/2 mile Hollywood Turf Cup to close out 2017.

Like the top choices here, he’s struggled to get wins so far this year, although with not lot of other speed in the race he may just get an opportunity to try and steal it on the front end.

Bet the Kentucky Turf Cup and all this fall’s big turf races leading to the Breeders’ Cup World Championships with your online account at Bovada’s racebook.