Run For The Roses Exotics

So, you’ve spent hours pouring over past performances, watched all of the replays and you have settled on your Kentucky Derby winner. Picking the winner is just the first step of the challenge to cashing a ticket and winning a bet – now you need to figure out what bets to make. There can be a real difference between handicapping well and betting well. Combining the two is the perfect formula for a winning day.

There are many types of wagers from straight win, place and show bets to exotic and multi-race wagers.

Exotic bets include exactas, trifectas and superfectas and involve picking two, three or four of the top finishers.

Boxing a wager means that they can finish in any order whereas a straight exotic wager involves picking exactly the order of finish. Boxing a wager costs more but can pay off in the end – there is nothing more frustrating than trying to save a few dollars only to watch your top four finish in the superfecta but in the wrong order. 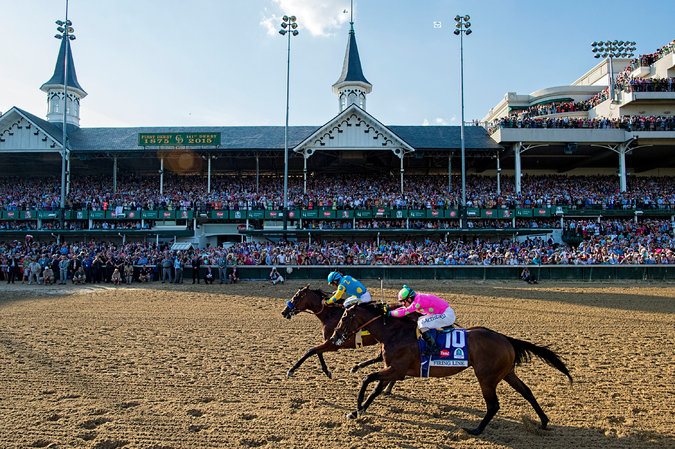 Let’s take a look at some exotic bets and strategies that are appealing in this year’s Kentucky Derby.

In an exacta wager, all you have to do is pick the top two finishers. This is easier said than done in a field of twenty horses. One strategy with an exacta is to make friends with the “ALL” key.

Pick your top selection. In my case, that horse is Classic Empire – I think he is the most talented horse in the group and the most likely winner. Classic Empire will likely be the favorite or a short price but there is still some value to be had here.

Selecting the top three finishers is a trifecta, and this wager typically offers a lucrative payout. Pick one horse to win and key four or five horses underneath him.

In this case, I am going to key Classic Empire on top with Thunder Snow, McCraken, Gormley and Battle of Midway underneath him. Only two of those four horses need to finish behind Classic Empire for that to be a winning wager.

The superfecta is one of the most coveted big tickets a horseplayer can chase, and in a race like the Kentucky Derby with an enormous field, the payouts can be astronomical.

Picking a single horse to win is hard enough, so picking four horses to finish in any particular order can seem like a nearly impossible task. The best strategy when playing a superfecta is to box your bet, which means that the horses you select can finish in any order as long as they are in the top four. You can add as many horses in your box as your budget allows – the more horses, the more the wager costs.

This is a wager, because the payoff for a superfecta can be so large, I like to take a swing for it and box up to five horses – for a $2 wager that winds up costing $60. The five horses I plan on boxing in a Kentucky Derby superfecta are Classic Empire, Thunder Snow, McCraken, Gormley and Battle of Midway.

I'm also tempted to up the ante and throw super longshot Sonneteer in the mix as well as he may be one of the biggest prices on the board and could blow up a lot of tickets.