Here are a few NHL betting options to keep in mind, with odds provided by BetOnline. 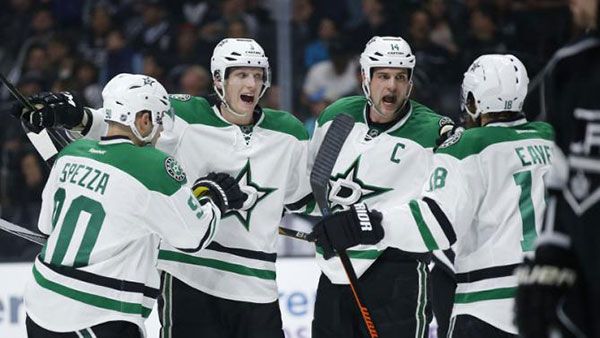 The Dallas Stars will wrap up a three-game home stand in hopes of picking up a much-needed victory against the Winnipeg Jets on Tuesday at American Airlines Center.

The Stars are coming off back-to-back defeats and will now face the Jets in a crucial home-and-home series.  Despite a recent slump, the Stars still enter the match as -158 favorites according to BetOnline. The sportsbook is also offering a +143 line for the underdog Jets.

The head-to-head history between these two clubs has been somewhat even across the board, with the Stars holding the 6-4-0 advantage in the last 10 games. The Jets — one of the most penalized teams in hockey last season — must stay out of the box against the Stars, who have outscored Winnipeg 10-4 with the man advantage.

Bet365 has set a lofty over/under line of 6 for Tuesday’s match between the two high-scoring clubs — and with good reason. In six of the last seven games, the Stars and Jets have produced over outcomes. But let’s play it safe and say this will go the under.

Jamie Benn has been a point-per-game player against the Jets so the chances of the star winger getting on the score sheet are pretty good. Calder Trophy candidate Patrik Laine, whose certainly made his case for rookie of the year honors five games into the season, will get his first taste of Dallas’ potent offense. 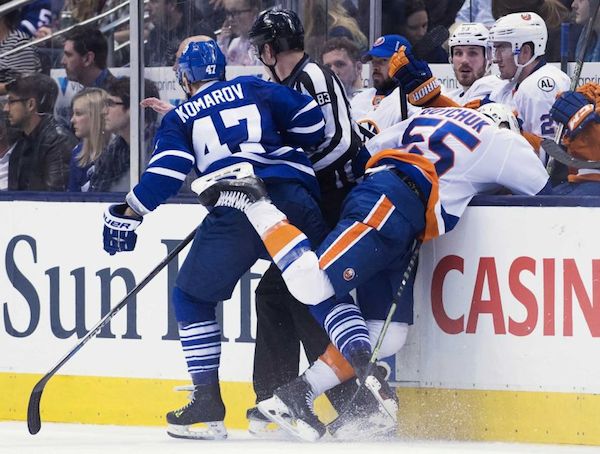 The Maple Leafs proved early on in the season they can compete against the league’s best teams. Now, they just have to learn how to hang on to a lead.

The rebuilding Leafs — coming off a pair of defeats in which they led late in games — will host the Lightning on Tuesday night at the Air Canada Centre. Toronto will be the +115 underdogs heading into action against the Lightning, who BetOnline has as -135 favorites.

Looking at head-to-head numbers between these two clubs over their last 10 meetings, it doesn’t bode well for the Leafs, who have lost three of the last four games against the Lightning. Tampa owns a 7-3-0 record against Toronto over that span.

Lightning sniper Steven Stamkos likes returning to his hometown to face the Maple Leafs. The right-winger has 34 points in 30 career games played against Toronto.

But the Leafs are due for a big game and what better way than to get two points in front of a home crowd?

The over/under line has been set at 5.5, but with the amount of firepower in this game, it’s certainly an attainable goal total. 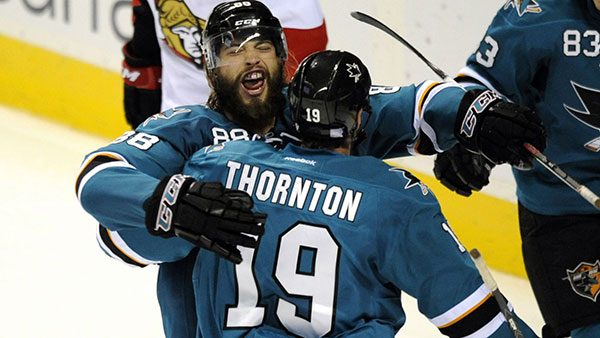 A pair of California teams with high expectations will do battle on Tuesday night when the Stanley Cup finalist San Jose Sharks host the Anaheim Ducks at SAP Center.

The Sharks — losers of back-to-back games — are the -155 favorites, while the Ducks enter the contest as +140 underdogs. It’s just the second game of the season on home ice for the Sharks, who are historically a strong team in front of their home fans.

Head-to-head, it’s been split down the middle with each team recording five wins over their last 10 meetings. However, the Ducks have won the previous two games, both which were played at the Honda Center.

The Sharks have been productive on the power-play as well, outscoring the Ducks 7-1 with a 17.07 percent conversion rate on the man advantage in the last 10 games.

Bet365 is offering an intriguing over/under line of 5. However, both clubs have struggled mightily to find the back of the net this season. On top of that, three of the last four meetings between the Pacific Division rivals have resulted in under outcomes.