How will Game 1 transpire?

We didn't get it in 2015, when it seemed like a foregone conclusion.

We didn't get it last year, when the Oklahoma City Thunder threw a wrench in any and all plans.

But we're getting it now.

The Golden State Warriors and San Antonio Spurs are meeting in a playoff series, and in the Western Conference Finals no less, actualizing what has been a years-long collision course. The Warriors are the new-age contender, a now tried-and-true superpower to which all title-contender windows are measured against; the Spurs are the old regime, always adapting just enough to perpetuate their own window of domination, never fading, yet never quite standing up to their contemporaries.

This dynamic hasn't changed, either. The Spurs won the regular-season series with the Warriors, 2-1, securing a pair of 20-plus point victories. But the playoffs are different from one-off battles. The Spurs need to figure out how to beat a fully-engaged Warriors squad four times in seven tries—a feat that, on its face, feels impossible for not only them but every other team in the NBA, including the reigning-champion Cleveland Cavaliers. 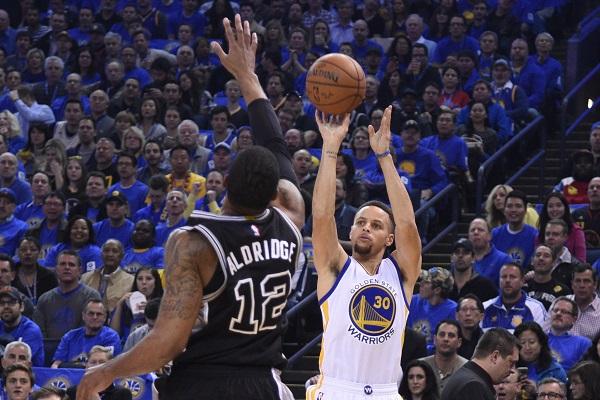 Nevertheless, there is something about the Spurs, and the way they wrapped the Conference Semifinals versus the Houston Rockets. They lost Tony Parker for the year. Kawhi Leonard didn't play in a series-clinching Game 6. They showed cracks at times in their ability to put points on the board and defend three-point-drunk offenses.

But they still prevailed.

Depth and adaptability matter in the playoffs, even if people say they don't. Rotations shrink, but the number of adjustments head coaches must make mushroom. The Warriors are perhaps the most adaptable team in the NBA. They will destroy you with their fast-and-furious game, but they'll also beat you at your own.

That poses a problem for the Spurs, who will no doubt look to slow the Warriors down from the onset. And while it might work for stretches, they'll need to strike a balance between their preferred style of play and the most logical one.

The key to this, broken-record style, is carving out enough wing-heavy lineups that pack a spacey offensive punch without compromising the defense. The Spurs aren't built to do that for a full 48 minutes. They invested a lot in traditional bigs. They will try to get away with playing Pau Gasol and LaMarcus Aldridge together even when the Warriors go super small, with Draymond Green at the 5.

But the combination of Leonard, Danny Green and Jonathon Simmons have unlocked a new dimension for them. This trio, through six postseason appearances, is outscoring the competition by 27.8 points per 100 possessions, with league-leading offensive and defensive ratings, according to NBA.com. While it's a small sample size (34 minutes), these three can headline a unit that comes close to neutralizing the Durant-Green-Stephen Curry troika.

Expect to see the Spurs test this out from the jump. And then, from there, expect them to keep Game 1 closer than anticipated—kind of like they did during the season-opener back on October 25.