Here are a couple NHL betting options to consider, with odds courtesy of Bovada. 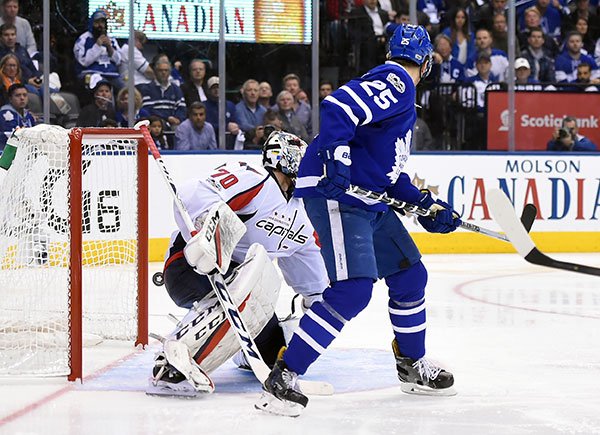 For the first time in this series, the Washington Capitals showed signs of dominance in their Eastern Conference quarter-final but not before a little push back from the young Maple Leafs.

What was supposed to be a David vs. Goliath matchup has turned into a see-saw battle between the Capitals and Maple Leafs, who will clash in Game 5 Friday night at the Verizon Center.

The Capitals enter the crucial game as -210 favorites on home ice where the club only lost seven regular-season contests and once to the Maple Leafs in the playoffs.

If you’re a fan of offense, this is the series you want to tune in to. Through four games, the Capitals and Leafs have combined for 28 goals — nine of which came in a Game 4 win for the Capitals. The Presidents’ Trophy winners are usually defensively sound in their own zone but the Leafs have lured the Capitals into playing a  wide-open brand of hockey.

The Leafs are defying all the odds, getting timely scoring and solid goaltending when it matters most from Frederick Andersen, who’s been one of the main reasons — especially early in the series — that Toronto has been able to keep up with the Metropolitan Division champions.

So what can we expect in Game 5? Not surprisingly, a lot of goals and maybe even a another overtime.

The total goals projection is set at 5.5, and while many bettors will shy away from taking yet another over wager, that has been the trend this series with three of the four matchups producing seven or more tallies.

The Capitals will win on home ice and go back to Toronto with the advantage.

Pick: Washington Capitals and the over (5.5)

The Senators can put this series to bed on Friday night when they host the Bruins in Game 5 of their Eastern Conference quarter-final at the Canadian Tire Centre.

Bobby Ryan has been an absolute monster in this series, scoring a goal in three of the four contests for the Senators, including the game-winning goal in the third matchup that helped Ottawa grab full control of this series. Ryan’s netted two game-winners in this series, which has left the Bruins on the brink of elimination.

Faceoffs are important this time of year especially the later games go. Ottawa’s been a strong team in the faceoff circle, winning 53.2 of the draws in this series.

The head-to-head series is not on Boston’s side, as the Sens have posted a 9-1-0 record against the Bruins over the last 10 games.

Bovada has set the total goals projection at 5, but don’t expect a high-scoring affair on Friday night. The Sens have won the last three meetings after dropping the opening game of the series. Expect the Bruins to bridge the gap on Friday, staying alive in the series.