Tottenham are right back in the title hunt thanks to the two-goal salvo from their wonderkid, Dele Alli in their last game against Chelsea. Check out the work he did last year in a Spurs team who were the only challengers to Leicester for the longest time in the title race:

Dele Alli is a special kind of player and he's +105 to score at anytime in a game Spurs need to win to make sure they stay in the top three places.

In a week where he's provided headlines about his contract stalling, Mesut Ozil is under pressure from the Arsenal faithful. The Wizard as he is known has a few tricks up his sleeve:

Great value to score at any time  (+260). We'd go further and point out that Ozil will be desperate to rubber-stamp his importance to the club and manager Arsenal Wenger in particular. He's a huge +900 to score first and against a Swansea side who leave gaps exactly where the German is likely to arrive, that's gold.

Rumors persist that Christian Benteke is not the most popular and may be sold in January to make space. If so, Allardyce may rest him, and would mean penalty duties reflect back to reliable French midfielder Yohan Cabaye. Crystal Palace have flying wingers everywhere and West Ham United are due a penalty against them. Cabaye is +300 to net at any time.

Scott Arfield is underrated and can come up with important goals. He can come off the bench and score the only goal of the game, or at least the opener. He's +1200 to do it and if he doesn't get on the field it won't cost you a bean.

Old friends Jermain Defoe and Peter Crouch meet as Sunderland fight for points to stay up and Stoke to reach mid-table. Defoe is +500 to score first, with Crouch +550. It's a toss of a coin, but if in doubt, back the home player. Defoe can do it.

Bournemouth have to be massive favorites to win and Charlie Daniels is playing very well. Back him to score first at +2500.

Alvaro Negredo is +600 to open the scoring and he's a great shot with Watford's defense currently looking slow and unsure.

Diego Costa is +1000 to score the first goal between the 21-45 minute. He's done it so often this season it should almost be odds-on!

Seamus Coleman has a great record against the big boys and already has a headed goal against Arsenal this season. Manchester City will concede and he can get a goal to boost Everton's hopes of yet another win against opposition who class them as their bogey side. He's +800 to do so at any time. 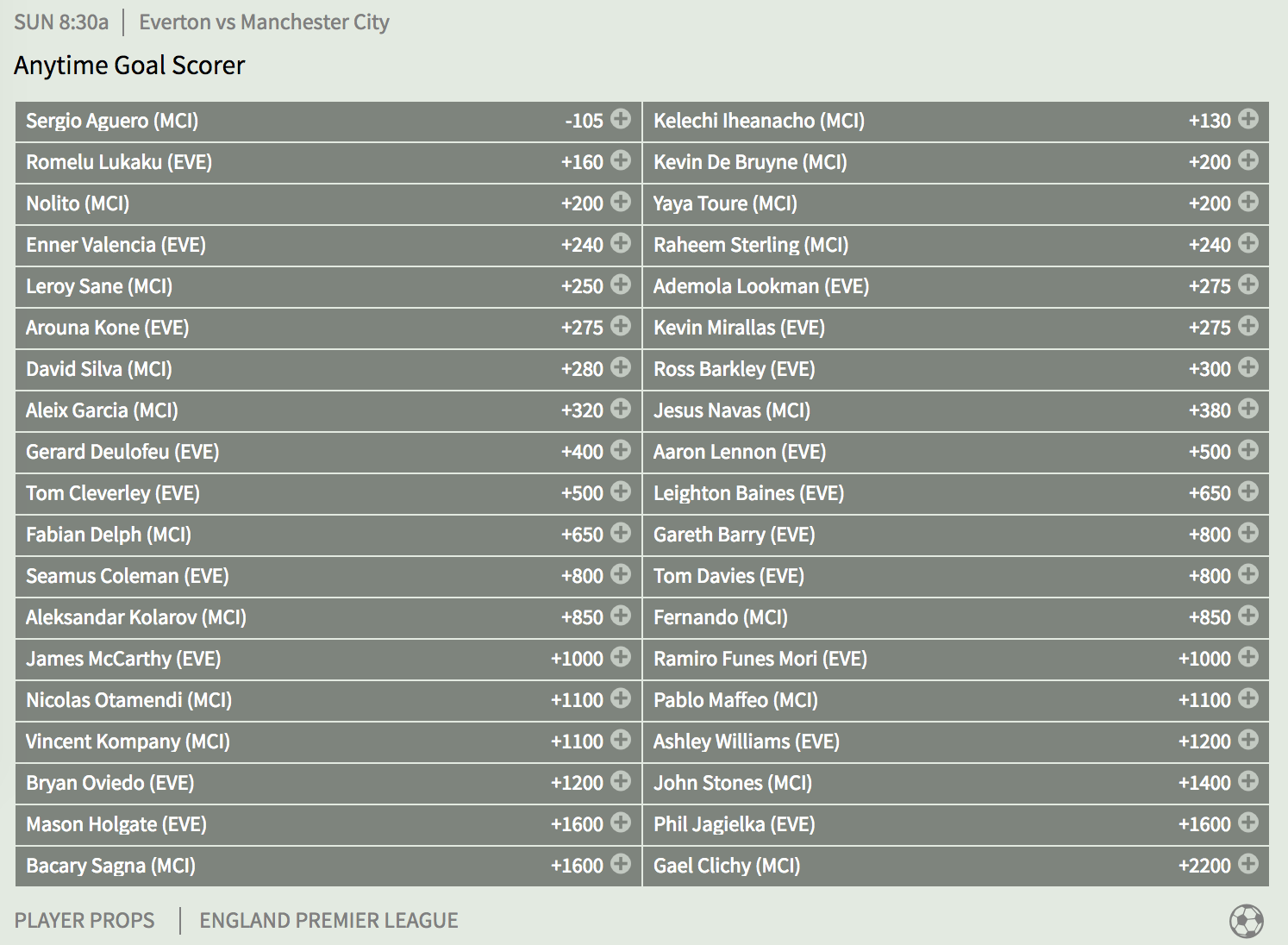 Juan Mata loves playing against Liverpool. He nabbed two in a famous 2-01 win at Anfield and has unlocked many a defense this season. Get on the little Spaniard to grab the last goal, it's +750.