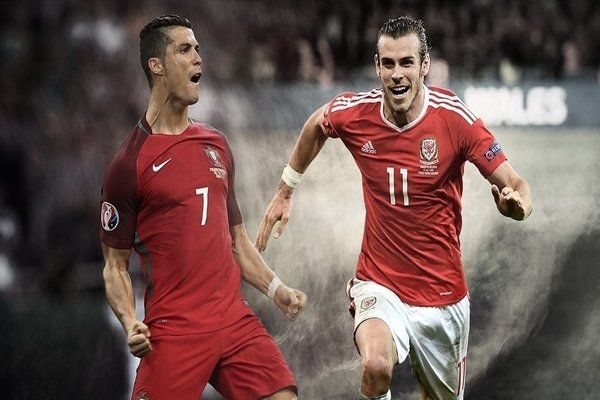 Portugal find themselves up against newcomers and first time semi-finalists Wales on Wednesday night. Portugal are still yet to win a game in 90 minutes and have needed extra time and penalties in their knockout games.

This does mark their fourth semi-final in six tournaments, though. They have been here before and know what it is all about. The country will be looking for Ronaldo to once again show what he is capable of, but it is going to take more than one man to turn over the Welsh Dragons.

Wales have made it through to the semi finals at the first time of asking, but unlike Portugal, have put teams to bed with victories over Belgium and Russia, beating them 3-1 and 3-0 respectively. They have suffered a lone defeat throughout the tournament when neighbours England came back to win 2-1 after going a goal behind.

This is going to be a tight affair. Portugal have been lacklustre in front of goal throughout the tournament, but one would think they will finally get it right at some point as they have too much talent not too. They have created numerous chances in most games and been fairly solid at the back.

Wales will rely on their fantastic teamwork and never say die attitude, but it is about time we all started taking them seriously. They have three or four quality players, most notably Aaron Ramsey and Gareth Bale. Ramsey will be suspended for the game which is an enormous blow for Wales.

We would have backed Wales had Ramsey been able to suit up but now must go with Portugal in a tightly-contested, doggeg tussel. Ramsey is pivotal in midfield for Wales, his ability to slow the play down and keep posession will be sorely missed.

France and Germany will be billed by many as the 'real final'. The Germans barely snuck past a very well drilled Italian sides in the quarters via an unusually poor penalty shootout, while France booked their place by cruising past fan favorite's Iceland 5-2.

France have a very solid record in major championships on home soil, crowned champions twice previously, while Germany currently sit tied top with Spain for most number of European Championships.

France get to play at home and have no injury problems at all, two major advantages over their opponents. N'Golo Kante and Adil Rammi are expected to slot straight back into the starting lineup after serving their one match suspension.

The Germans, on the other, hand have a whole host of problems. Striker Mario Gomez is out and Sammi Khedira is very doubtful after picking up an injury last match while Bastian Schweinsteiger and Jerome Boateng are both still carrying knocks and struggling with fitness.

The world champions had only conceded one goal coming into the match, but with one half of their centre back partnership suspended and the other carrying a knock, may well look a different side altogether come Thursday.

France have, at times, looked vulnerable at the back, so expect Germany to get in behind that defence and keep Hugo Lloris busy.