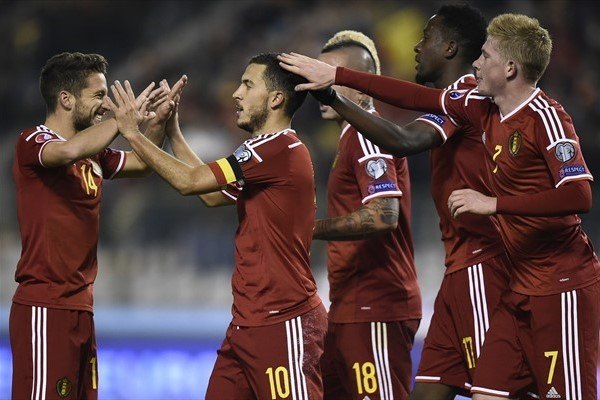 The last time we saw Wales in a major competition was way back in 1958 when they made it to the quarter finals and lost to eventual winners Brazil. Once again they have found their way to a quarter final and are there on merit alone, which is testament to how far they have come as a nation.

Just as in 1958, their opponents in the quarters are no push over. It is fair to say that Wales have had some favorable match ups thus far, but this week sees them square off against Belgium, a team that finally announced themselves to the tournament with a 4-0 victory over Hungary.

Marc Willmot's Belgium have steadily looked better throughout the tournament and Eden Hazard showed some of what he can do in the last 16 victory. They are a team littered with superstars, but the main threat will come from midfield duo Eden Hazard and Kevin De Bruyne.

Wales will have to work hard to stifle the creative pair, but lets not forget Wales have a couple of superstars of their own in the form of Aaron Ramsey and Gareth Bale, both of whom have been playing wonderfully throughout.

Wales come in as big underdogs and rightly so, but that does not mean there isn't money to be made betting on this game.

Goals have been easy to come by for both teams throughout the tournament. Wales have scored seven times in four matches while Belgium have scored eight times in their last three games.

Both teams are more than capable going forward, so backing over 2.5 at +135 is a great bet. Both teams to score is currently +120, another gem of a bet.

Belgium to win at -145 is actually good value too. Wales have done very well at Euro 2016 but are outclassed here all over the park. Both teams to score and Belgium to win is another great bet.