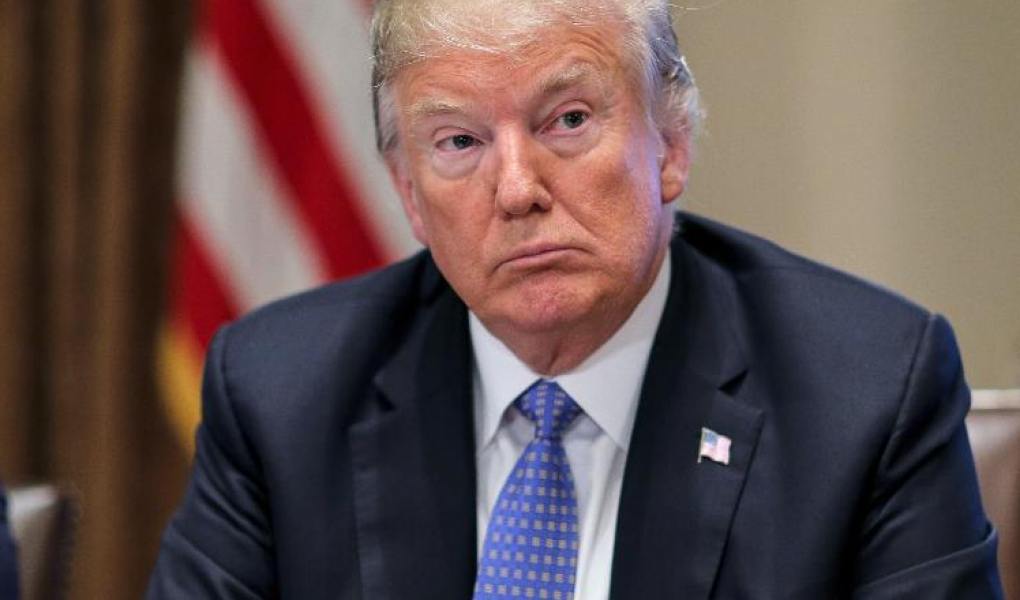 The 2020 US Election: Can Anyone Beat Trump The Donald?

To say its been a tumultuous two years in U.S. Politics since Donald Trump was elected the 45th President of the United States in 2016 would be akin to suggesting that Karadashians are a little bit fond of attention. Trump’s fact-free, often tactless and tasteless performance as the head of state might on the surface seem like a reign of error, and yet Trump maintains a 41 percent approval rating.

That’s the lowest of any President after his first two years of office, and yet, astonshingly high for someone whose mistake-ridden tenure has been populated by scandal and who is in the crosshairs of a Special Counsel investigation to determine whether his administation colluded with Russia to rig the 2016 Presidential election. Yet Trump’s base remains firm in its devotion to their idol and without a clear Democratic front runner, it’s difficult at the moment to make a case for anyone unseating him from his position of power.

Will Trump Topple Himself?

It was former U.S. President Franklin Delano Roosevelt who once declared that the only thing people had to fear was fear itself, and in a sense, it would appear that the only person Trump has to fear is Trump himself . . . okay and maybe Special Counsel Robert Mueller. Yet for all his missteps, Trump seems to be the epitome of what the mobsters label a Teflon Don – nothing appears to be capable of toppling him from his throne.

Now that the Democrats control the House of Representatives, calls for Trump’s impeachment will become prominent, but considering that the Republican Party maintains control of the Senate, Trump’s impeachment odds remain unlikely. In fact, Bovada lists No as the -170 favorite in its Donald Trump impeachment odds, with Yes running second at +140. Of course, those numbers could suddenly change if Mueller is able to connect the dots and link Trump directly to any evidence of collusion with the Russians.

If Not Trump, Then Who?

Bovada lists Trump as the +150 favorite to win the 2020 Presidential election, and he’s also the -350 chalk to gain the Presidential nomination of the Republican Party. You have to go back to 1968 and Lyndon Johnson to find the most recent example of a sitting President who opted not to run for a second term. And you’ll need to trek all the way back to 1928 and Calvin Coolidge to find a sitting Republican President who declined to run for a second term.

If you think the long arm of the law is going to reach out and get Trump, that he’ll be the victim of one of three possiible fates – impeachment, indictment or resignation – then you might want to give Vice-President Mike Pence a hard look as the Republican nominee. At odds +800 to be the Republican nominee in 2020 and +2000 to win the 2020 Presidential election, even a small wager on Pence offers the opportunity for the return of a healty stipend.

Is There A Democrat Who Can Get It Done?

The biggest problem plaguing the Democrats is their inability to organize, to get behind and support a candidate capable of taking on and taking down Trump. It’s often said of Democrats that they govern better than Republicans, but that Republicans campaign much more effectively.

Warren was the first to step forward but at +750, doesn’t seem to have captured the necessary excitement level. Joe Biden, who served as Vice-President to President Barack Obama, has made noise about running, but even he doesn’t seem to spark excitement at +600.

The two current front runners are a pair of relative newcomers to the political scene. California Senator Kamala Harris, who has only served in the Senate since 2017, and Beto O’Rourke, who narrowly lost to Republican Ted Cruz in the 2018 Texas Senate Race, are both listed at +450.

The pair seem to share a similar political path to Obama, who rose rapidly to prominence, selling a platform of hope and change, and who was able to engage with younger voters, an area where the Republicans lag.

O’Rourke is a straight shooter, a smooth as silk campaigner, and has proven more than capable as a fundraiser, garnering some $38 million for his Senate run. Don’t be surprised if he’s the one left standing at the end of the Primaries.

For more information, click on our Politics Betting Odds page.