Crosby Shows Everyone Who's No. 1

The Pens will show why they're champs in Game 5

With one point through the first three games of the Eastern Conference final, captain Sidney Crosby epitomized the plight of the Pittsburgh Penguins. But with a goal and an assist in Pittsburgh's 3-2 Game 4 triumph, Crosby reminded the Ottawa Senators and everyone else why he's the best in the business. Can the Sens contain Sid in Game 5. If not, we know who you should be betting on, via odds offered by Bovada.lv:

Bringing a sense of urgency and desparation to the ice, the Penguins followed the lead of their captain, who moved to within one assist of becoming the 22nd player in NHL history with 100 helpers dished out in Stanley Cup play.

Crosby sits third in playoff scoring with 6-11-17 totals and his Game 4 performance helped to allay fears among Penguins supporters that he was still dealing with adverse affects from the concussion he suffered during the second round against Washington.

Jake Guentzel also got off the snide with two assists, his first points of the series. He now has nine goals and 16 points and is just five points shy of equalling the Stanley Cup record for points by a rookie, set by Dino Ciccarelli in 1981.

The Penguins got goals from unusual sources, with two tallies from their defense. Olli Maatta scored his first of the playoffs and Brian Dumoulin netted his third career playoff goal in 45 games. Dumoulin has just two goals in 163 regular-season games as an NHLer.

The Penguins improved to 12-2 in playoff games following a loss under head coach Mike Sullivan, including a 5-1 record this postseason. Sullivan rolled the dice in net, turning to last spring's playoff hero Matt Murray, who suffered an injury prior to Game 1 of Pittsburgh’s opening round series versus Columbus. Making his first start since April 6 and his first playoff start since Game 6 of the 2016 Stanley Cup final, Muarry made 24 saves for the win.

Senators captain Erik Karlsson drew an assist in Game 4 and continues to lead all defensemen with 2-13-15 numbers this postseason. 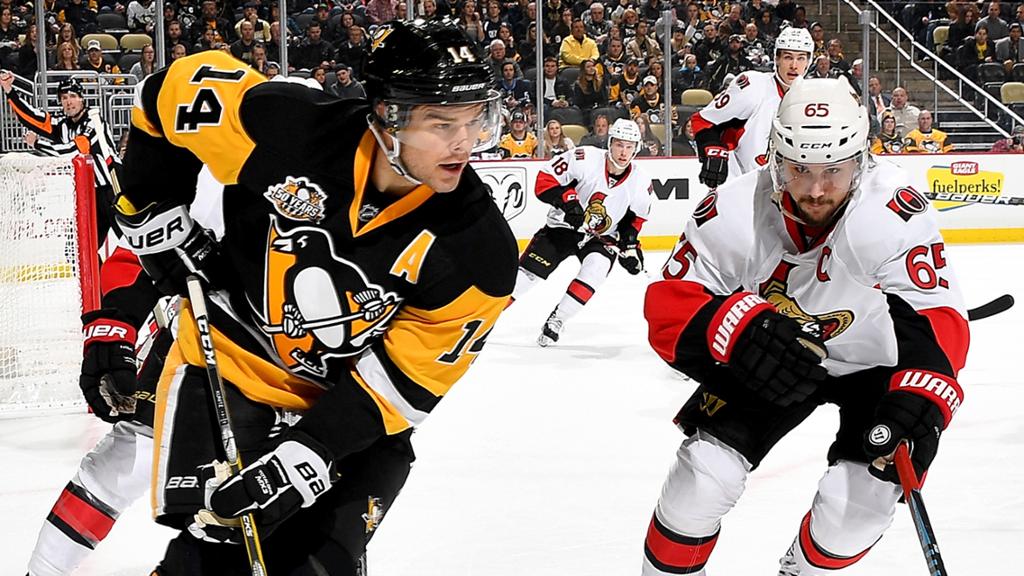 Crosby's stellar performance in Game 4 not only pulled Pittsburgh back even with the Senators in the series, it restored faith in the Penguins within the online sportsbook community.

Bovada has the Penguins again as the favorite in their Stanley Cup future book at +160, with the Anaheim Ducks at distant second choice at +275. If you opt to maintain your faith in Ottawa, you can get +500 on the Senators to win it all.

TopBet.eu likes the Pens even more, listing them as their +140 chalk to take the Cup. They are also giving +500 on the Sens.

Tag : Crosby Shows Everyone Who's No. 1