This is the most tantalizing bowl game by far as the No. 2 and No. 3 teams lock horns. The Buckeyes are two years removed from winning the college playoffs and are the first non-conference-champion team to qualify for the tournament. Meanwhile, Clemson will look to earn a trip back to the championship game after a one-loss season.

Both teams possess a dynamic, dual-threat quarterback — J.T. Barrett for the Buckeyes and Deshaun Watson for the Tigers. Barrett is most dangerous with his feet, evidence by his 847 yards rushing and nine scores. But can Barrett stretch the field with his arm? So far this season, Ohio State's passing game has been nothing to rave about.

Watson, a Heisman Trophy candidate, is no stranger to the big stage, just ask Alabama. The signal caller racked up more than 4,400 yards of offense and 43 total touchdowns this year.

The X-factor in this one? The Tigers defensive front of Christian Wilkins, Carlos Watkins, and Dexter Lawrence, among others. Clemson has racked up the second most sacks in the nation with 46. The front has the ability to harass the Buckeyes into game-changing mistakes. 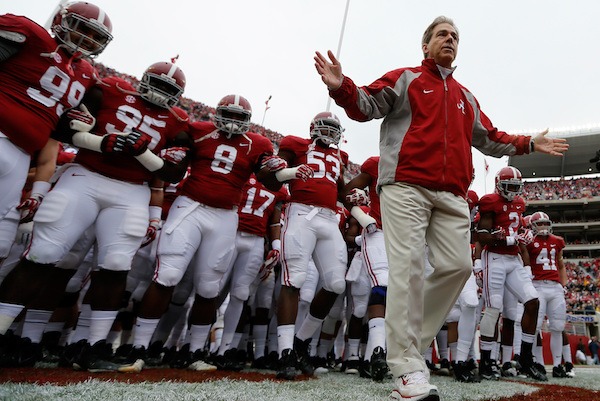 Is there any real threat to Nick Saban? The five-time national champion coach has the Crimson Tide playing some of its best football ever.

Alabama sets the tone with its heat-seeking defense. They rank first in average yards allowed (253.9) rush defense (63.4), and points (11.8). The Tide have allowed a jaw-dropping two touchdowns the last five games.

Does Washington have any chance? For one, history has proven to not count out head coach Chris Petersen, who built the Boise State dynasty, one prone at upsetting big-time programs.

Two, the Huskies defense is elite, too. Washington ranked tenth nationally in total defense and leads in turnover margin. This will be the toughest defense the Tide offense has faced all year long.

Both teams faced one common opponent in 2016, the USC Trojans and the results were polar opposites. Alabama crushed the Trojans 52-6, while the Huskies lost their only game of the season 26-13. While football is surely a game of matchups, the outcomes are too sharp of contrasts to ignore.

Both these teams trended in different directions to end the season. Louisville had a college football playoff hopes before losing their last two contests to Houston and Kentucky, whereas LSU finished the year 7-2 after dismissing longtime head coach Les Miles. The postseason game will be Ed Orgeron's first without the "interim" head coach title.

For the Tigers, this is Leonard Fournette's last college game, as the running back already announced his NFL Draft intentions. An ankle injury has slowed Fournette's junior campaign, as he failed to eclipse 1,000 yards rushing. LSU has suffered all season long with unstable quarterback play and with Fournette focused on his future, their offensive juice might be lacking come bowl game time.

On the other end, Heisman Trophy winner Lamar Jackson will look to put the final stamp on an unbelievable season by upsetting LSU. The dual-threat Jackson totaled 51 touchdowns and carried the Cardinals to a 9-3 record. The electric playmaker Jackson faces a physicial LSU defense, however, his ability to improvise will surely get him out of trouble in this one. 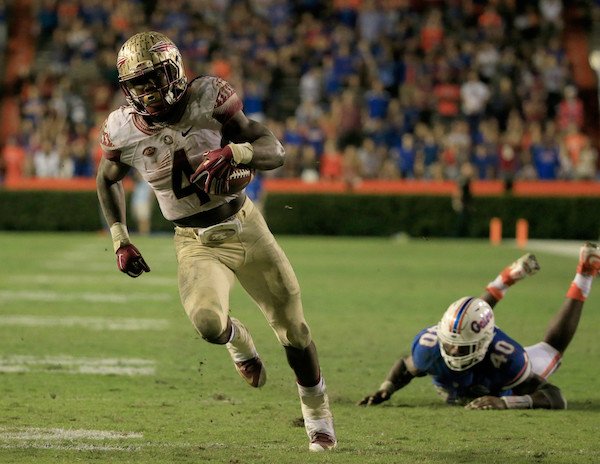 Michigan finished fifth in the college football playoff rankings after a heartbreaking, overtime loss to Ohio State in the regular season finale. Florida State shook off three early season losses to finish 9-3. This is the first postseason meeting between the two juggernaut programs.

The matchup to keep your eye on here is jack-of-all-trades Wolverine defender Jabrill Peppers against Seminole running back Dalvin Cook. Peppers finished sixth in the Heisman vote and leads a suffocating Michigan defense that is allowing just 3.1 yards per carry. Cook rolled up 1,620 rushing yards and 18 touchdowns this season. The matchup will be a true strength-versus-strength collision.

The good news for the Wolverines is quarterback Wilton Speight should be 100 percent healthy for this clash. A shoulder injury limited Speight in the loss to Ohio State. The Wolverines' offense sputtered in their final three games, scoring a meager 60 points combined.

However, a healthy Speight changes the dynamic a bit. In his first year as starter, Speight completed 62.5 percent of his throws for 17 touchdowns and just five interceptions. A healthy Speight and a dominant defense will propel the Wolverines to a bowl victory.