Capitals Look To Finish Off Pens

A win Wednesday in Game 7 against the Pittsburgh Penguins after trailing 3-1 in the series would completely change the narrative about the Washington Captials' history of playoff failure. The Anaheim Ducks would like to to the same against the Edmonton Oilers in Game 7. Who will get the job done? We break it down, based on odds established by Bovada.lv:

Given up for dead after they dropped Game 4 on home ice to the Penguins to fall behind 3-1 in the series, the Capitals are looking to prove otherwise, and history would appear to be in their corner. This is the fourth time that Washington has rallied from a 3-1 series deficit to force a Game 7 and the Capitals are 2-1 in those previous seventh games.

Capitals forward T.J. Oshie has set a career playoff high with 4-8-12 numbers. Penguins captain Sidney Crosby recorded his 97th career playoff assist to pass Mario Lemieux for sole possession of first place on the Penguins’ all-time assist list. Penguins forward Jake Guentzel scored his ninth goal of the playoffs to extend his franchise record for goals by a rookie in a single postseason. Guentzel (9-4-13) also tied Jaromir Jagr (3-10-13) for most points by a Penguins rookie in a single postseason.

Bovada now has the Capitals at +130 to win the Eastern Conference. The Penguins are the second choice at +225. 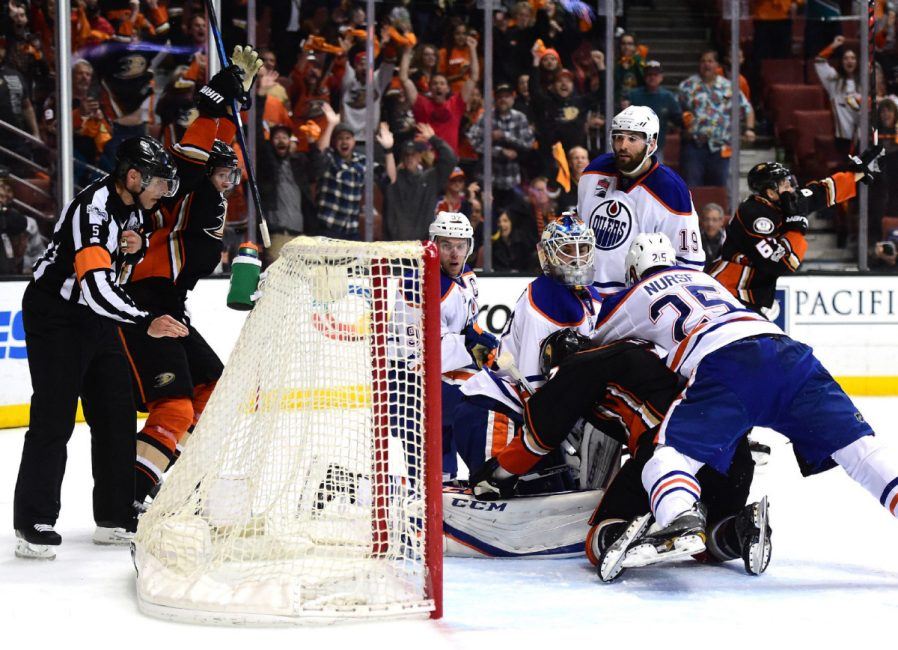 This is the fifth playoff year in succession that the Ducks have come home for a Game 7 after losing Game 6 on the road, and the news is distressing if you are an Anaheim backer. All four times - against Detroit (2013), Los Angeles (2014), Chicago (2015) and Nashville (2016) - the Ducks went down to defeat in Game 7.

After a 7-1 loss in Game 6, there's much to worry about with the Ducks. Goalie John Gibson got the hook in Game 6 and has struggled in this series. Will Anaheim coach Randy Carlyle stick with him or turn to the more experienced Jonathan Bernier? Captain Ryan Getzlaf been a horse for the Ducks, with four multi-point games in the series and Corey Perry is heating up, currently on a three-game point streak.

Moved off of Connor McDavid's wing to center the second line in Game 5 of this set, Leon Draisaitl collected five points in Game 6, has four goals in the last two games and 13 points in this series. He produced eight points in five regular-season games against Anaheim. And Oilers fourth-line center Mark Letestu is seventh in playoff scoring with 11 points.