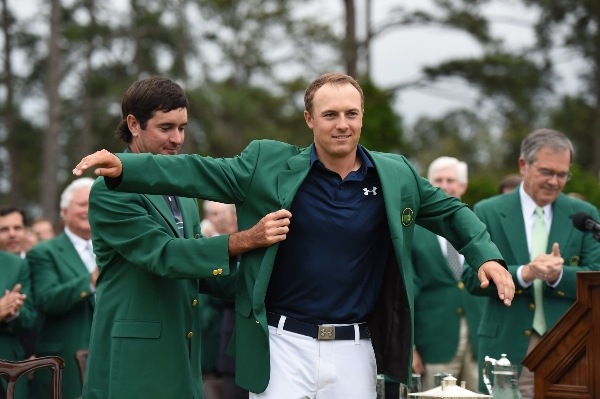 No one would have thought twice is 21-year-old Jordan Spieth had decided not to honor his previous commitment to the PGA Tour's RBC Heritage which begins Thursday at Harbour Town Golf Links on Hilton Head Island, S.C. After all, Spieth just set multiple records in winning the Masters, his first-ever major tournament title. That will change his life and Spieth had a whirlwind week with media appearances and the like. But Spieth will tee it up this week and he is the 11/2 Bovada favorite.

Don't expect a great result because physically and emotionally he must be spent. Spieth will tee off Thursday at 12:40 p.m. so at least he gets a later tee time. He will play alongside Patrick Reed and defending champion Matt Kuchar. He's won twice and finished second twice, once by way of a playoff, in his last four starts. One of the wins also came in sudden death as Spieth beat Reed at the Valspar Championship to start that streak. Reed won the Hyundai Tournament of Champions earlier this year.

Spieth was offered a sponsor exemption to play in the RBC Heritage in 2013. Spieth, who was trying to earn his PGA Tour card at the time, said Monday on the "Late Show with David Letterman" that his decision to play this week was out of respect to the tournament, which gave him that sponsor exemption two years ago. Spieth was T9 then and T12 last year.

Two-time winner Tom Watson, who became the oldest man to break par at the Masters, returns for his 25th appearance. Last year’s visit ended a 12-year absence from the event. Hall of Famer Ernie Els makes his 16th start at Harbour Town, still seeking his first victory there. He was runner-up to Boo Weekley in 2007.

Since the Heritage moved into the post-Masters slot in 1983, just six men have won without spending the prior week at Augusta National. Four, though, have come in the past decade – Aaron Baddeley (2006), Weekley (’07), Brian Gay (’09) and Carl Pettersson (’12).

Zach Johnson (14/1): Johnson has a pair of T-9 finishes sandwiched around a T-20 result in San Antonio in his past three starts on Tour. He has two prior top-10 finishes at Harbour Town, including a runner-up in 2012. This course is tailored for Johnson's game. He's accurate off the tee and great around the greens, so the tiny circular putting surfaces shouldn't give him any problems.

Ian Poulter (18/1): He's making just his second trip to Hilton Head since 2006, but his ball-striking is rounding into form as evidenced by his run of four top-25 finishes across his last five starts.

Jim Furyk (20/1): He enters off his first missed cut in nearly two years, but the veteran usually puts up a solid result at Harbour Town. Furyk has six top-10 finishes at this event since 2005, highlighted by his win in 2010, and he finished T-7 last year.

Reed (20/1): Reed has now compiled four straight top-25 finishes despite tweaking his knee in Houston. He ranks eighth on Tour in total strokes gained and 19th in scoring average.