What NFL Teams To Back

All lines courtesy of BetOnline. 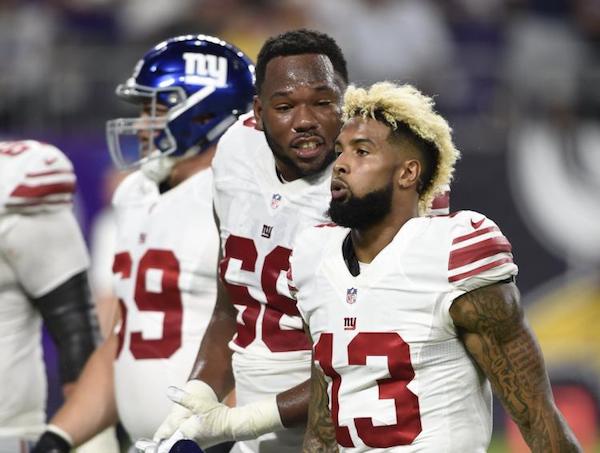 The Giants will travel to Lambeau Field as the second biggest underdog of Week 5. At 2-2, New York has yet to cover a spread all season long — until this week that is.

The Packers are coming off a bye week and haven't exactly looked like the Super Bowl contenders many predicted. Their secondary has been gashed all season long against a slew of subpar quarterbacks in Blake Bortles, Sam Bradford, and Matt Stafford. Green Bay is surrendering 307 yards per game through the air — fourth-worst in the NFL.

The Cheesehead's weakness plays right into the Giants' strength. There might not be a better wide receiver trio than Odell Beckham, Victor Cruz, and Sterling Shepard. While Beckham is in the thick of a media firestorm for his in-game emotional outbursts, this matchup has all the makings for a breakout performance from the embattled superstar.

On the opposite end of the spectrum, Aaron Rodgers has played relatively uninspiring football. Rodgers season-high in yards is 213 yards. That, along with a meager 6.5 yards per attempt average, is far from his former MVP self. That output won't be enough to top New York by more than a score. 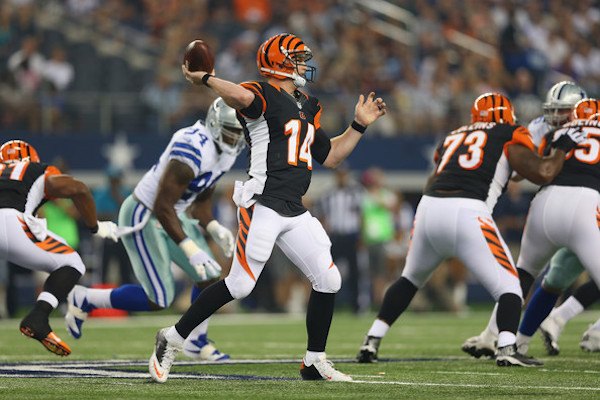 A Thursday night mop-up win against the Dolphins has the Bengals well rested before a pivotal road game against the Cowboys. As winners of three straight, Dallas is 3-0-1 against the spread a quarter into the season.

All you ever hear about Cincinnati signal caller Andy Dalton is his five consecutive one-and-done playoff appearances. But here's a just as telling stat: Dalton is 14-4-1 against NFC teams his entire career — best among all AFC quarterbacks. For Dalton, balling out against an NFC foe is as surefire as an early playoff exit.

Standout performances from rookies Dak Prescott and Ezekiel Elliott have the Cowboys riding high, however, this will be their biggest test yet.

Simply put, this Bengals defense is loaded. They are giving up just 322 yards per game, which ranks ninth best in the league. The ball-hawking defense has six takeaways so far and will be chomping at the bit to force Prescott's first interception of his young career.

Expect a come-back-to-Earth performance from Elliott, too. While he leads the NFL in rushing yards, Elliot has faced the 26th, 30th, and 32nd rushing defenses the past three games. The Bengals won't be as easy of a matchup for the rookie. 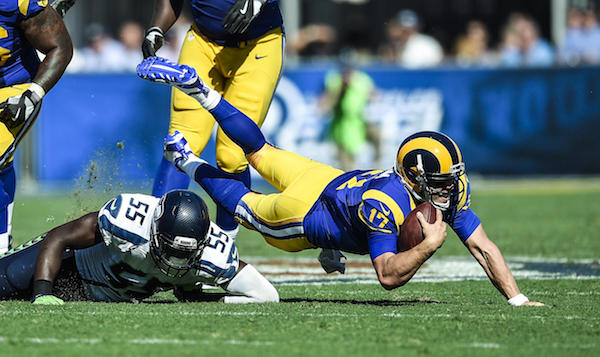 Here's Rams' quarterback Case Keenum's stat line: 825 passing yards, four touchdowns, three interceptions, a 55 percent completion percentage and a 77.3 quarterback rating. Keenum is the worst starting quarterback in the league and it's not even close.

Knowing that, Rams over/unders lean more toward the latter. In fact, Los Angeles has gone under in three of their four games in 2016.

While the Bills offense, engineered by Tyrod Taylor, isn't nearly as paltry, they'll face one of the stingiest defenses on the road in the Rams. This game has all the makings for a low-scoring defensive battle. 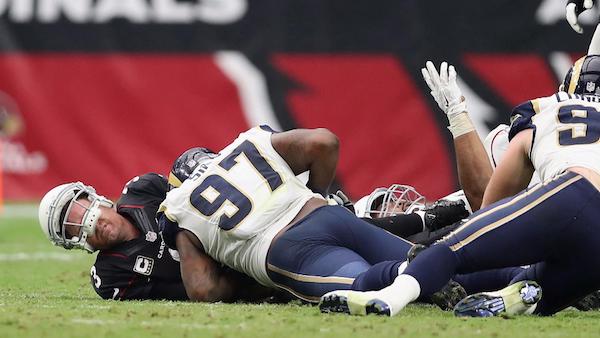 This game hinges on the health of Arizona quarterback Carson Palmer, who is currently in concussion protocol. Palmer exited last week's matchup against the Rams after taking a big hit. Only Making matters worse, this is a Thursday Night game. The short turnaround has Palmer's chances of playing in the gutter. If Palmer can't go, the Cardinals will turn to 32-year-old journeyman Drew Stanton.

Arizona enters the road game in must-win territory. An unexpected 1-3 start has the preseason NFC contenders reeling. While the dire situation has many jumping on the Cardinals as four-point favorites, I advise to go against the crowd.

Thursday night games are notorious for their low quality. The human body just isn't built to play two football games in five days. That, combined with not-so-stellar quarterback play from Stanton and the 49ers' Blaine Gabbert, likely means this matchup will be ugly, which plays to the home team's advantage.