Betting On Week 8 In NFL

Buoyed by the return of future Hall of Famer Tom Brady, the Patriots have been on fire. Fresh off a 27-16 victory over the Steelers in Pittsburgh, New England is sitting pretty at 6-1. Brady has been the spark of the offense since his return by throwing for over 1,000 yards and eight touchdowns in only three games. The quarterback has also not thrown any interceptions which has put the Pats in a position to dominate every game.

The Bills, on the other hand, have quietly put themselves in position to be one of the contenders for the AFC Wild Card this year at 4-3. Moreover, Buffalo have been the only team this season to deal the Pats a loss, when they shut out New England 16-0 in Foxborough earlier this year. However, the Patriots were without Brady due to his suspension, so expect head coach Bill Belichick to put together a game plan that exacts some revenge against the Bills in Buffalo. 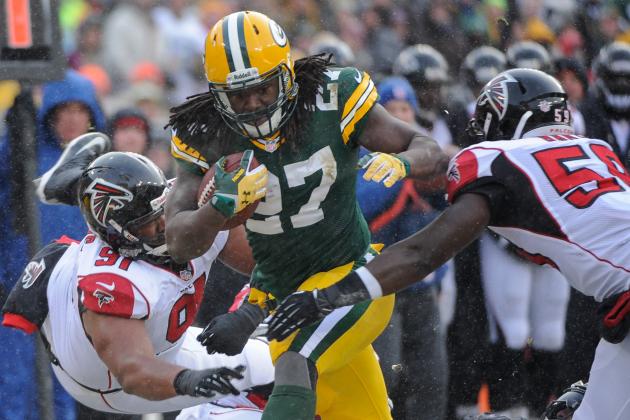 The Packers are heading into a considerably tougher matchup this week following a thrashing of the Bears last Thursday, 26-10. Though the Packers are 4-2, Green Bay still haven't been challenged that much on the road this season. One of the Packers' only losses this year was 17-4 in Minnesota, so there is some uncertainty with Green Bay there. And it would be hard to count out a surging Matt Ryan.

Atlanta has had a strong year thus far but have hit some speed bumps following a 33-30 overtime loss to the Chargers last week. Quarterback Matt Ryan has found wide receiver Julio Jones throughout the season and Jones has clearly established himself as the best wideout in the game with 830 yards and four touchdowns through seven games. The Falcons have been a great story this season and are tough at home, so expect the Dirty Birds to rebound in this one.

Expect this game to be a shootout in Atlanta, so lean towards the over in this matchup.

In the span of three weeks, the Chargers have gone from one of the league's most cursed teams to one of its most tenacious. San Diego knocked off the Broncos two weeks ago at home and then hung onto a narrow victory against the Falcons on the road, 33-30. Even following the losses of some of their most important playmakers from wide receiver Keenan Allen to Pro Bowler cornerback Jason Verrett, the Chargers have found a way to get around these setbacks. Quarterback Philip Rivers has been playing at a Pro Bowl level and running back Melvin Gordon is the league leader in touchdowns with 10 on the year after scoring none last season.

The Broncos rebounded from their loss to San Diego two weeks ago to push around the Texans on the road, 27-9. The Denver defense is clearly a top three unit in the league and has had success against other solid teams in the league including wins over the Bengals, Panthers, and Colts.

This will be a close game for both teams as the Chargers beat the Falcons earlier this year, while Atlanta knocked off Denver on the road. Though San Diego got past the Broncos at home, expect Denver to rebound when they meet in Colorado.

Prediction: Broncos knock off the Chargers and send the Bolts back to Earth, 24-14

Best of the Rest (Favorites indicated in bold)