Elite 8 Over Under and Point Spread Predictions

We thought the Jayhawks (31-4) were good, but not this good. Here's the win totals in their first three NCAA Tournament games — 38, 20, and 32 (30-point average). The Ducks (32-5) haven't been nearly as dominant during March Madness, but they seem to find ways to win. Their last two wins have come by a combined four points, but don't mistake that for weakness - this team knows how to step up in big moments.

This game will take place in Kansas City — less than an hour's drive from the Jayhawks home arena. For all intents and purposes, this will be a Kansas home game and a hostile environment for the Ducks.

Despite that, Oregon matches up very well. Kansas have played the entire season with four guards, but injuries have forced the Ducks hand into a small-ball lineup. Expect Oregon to step up the defense and find a way to cover the spread. 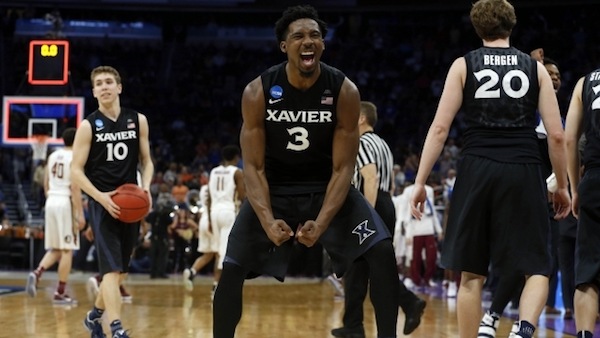 The West region's final features two teams with similar backgrounds — private school, historically-strong basketball programs, neither having made a Final Four. The latter ends with this game.

Xavier (24-13) is the lowest seed remaining in the tournament after slaying two tournament favorites, Arizona and Florida State.

Gonzaga (35-1) haven't tasted defeat all year long besides to BYU. The program were one-time Cinderellas, but now are tasked with ending such a narrative.

Here's the X-factor in the matchup: Przemek Karnowski for Gonzaga. At 7-feet and 300 pounds, he's hard to miss. On Saturday, he'll be the biggest man on the floor by a long shot. Xavier's smaller lineup will have an uphill battle containing him.

However, this Musketeer team won't just roll over. Already, they've become the first double-digit team to upset three teams seeded six or higher. They're playing with a lot of confidence and expect a wire-to-wire battle. Xavier have been carried all year long by guard Trevon Bluiett and he should have another big game in this one, coming off 25-point effort against Arizona.

What a clash this will be between two of the nation's most prestigious programs — and it's not their first. Back in December, Kentucky (32-5) outlasted North Carolina (30-7) 103-100 in one of the best games of the regular season. Malik Monk hung a freshman-record 47 points — including a game-winning three-pointer — to lift the Wildcats. The question is, can Monk replicate, or even, one-up that historic performance?

Kentucky is coming off an impressive defensive performance against UCLA in the Sweet 16. Against one of the country's most prolific offenses, the Wildcats held them 15 points below their season average and forced 13 turnovers. On the other hand, the Tar Heels have cruised up until this point with wins over Butler, Arkansas, and Butler.

Here's why North Carolina will cover: they've done so in four of the last five non-conference games they've played. Matter of fact, they are also 6-2 against the spread in their past eight March Madness games.

First-team All-American Justin Jackson will continue his monstrous season. He's averaging 18.1 points and 4.7 rebounds this season. Moreover, he's playing his best basketball yet, dropping 24 points on Butler in the Sweet 16. In a defensive slugfest, the Tar Heels will prevail.