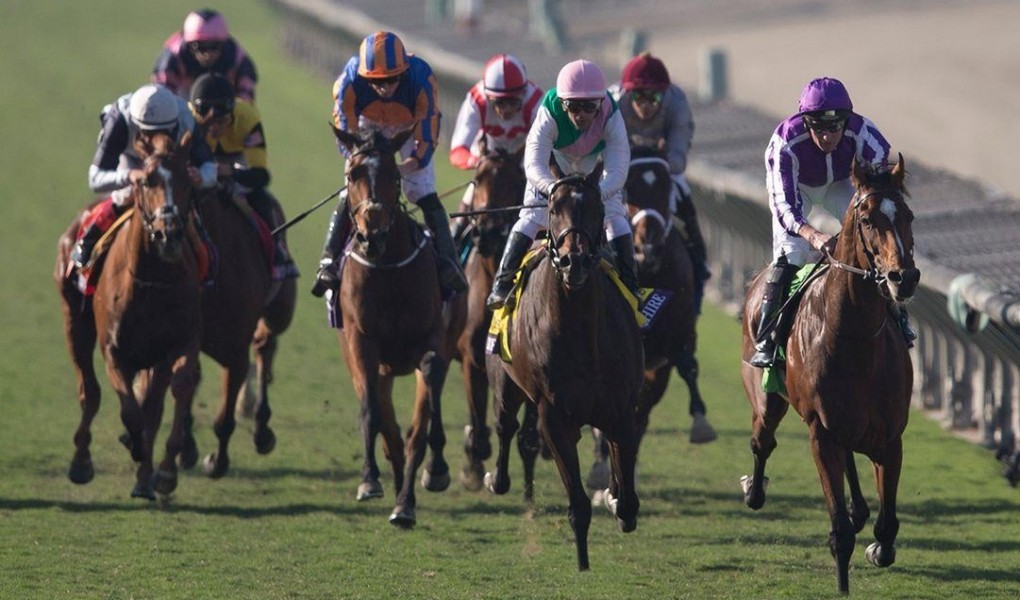 Bet On The Hollywood Derby 2018

The top three finishers in the recently run (G2) Twilight Derby at Santa Anita will be facing each other again on Saturday in the Hollywood, including race winner and 5-2 morning line favorite River Boyne.

An Irish-bred colt who began his career racing across the pond before coming over to the US in late 2017, River Boyne took five tries before getting his maiden win, but he has been on fire since then, winning eight of his last 10 races, with two of those in graded-stakes and four stakes wins overall.

Last out in the Twilight he earned the highest speed rating of his career, coming from mid-pack to wheel five wide into the stretch and get past a stubborn front-runner to score the 1 /2 length win. Prior to that he was third in the (G2) Del Mar Derby, and three starts back won the (G3) La Jolla Handicap  despite having some trip trouble.

Watch for him to again make a big run from off the pace, as a a deserving favorite in this field.

Have At It Takes Another Shot

Second in the Twilight was Have At It (6-1 ML odds) who like River Boyne took a few races to get his career on track, but who has been very good lately, finishing in the top two in all of his last three races, including a win in the (G2) Hill Prince Stakes at Belmont Park at odds of 11-1.

Have At It has a very similar running style to River Boyne as well, and you can expect those two to be moving together when they come off the final turn and the real racing gets underway.

Second choice in the ML odds at 7-2 is the French-bred Raging Bull who went unraced at age two but then won his first two career starts this season.

He has won four-of-six races overall to this point with one runner-up finish and has a pair of graded-stakes wins in his resume. He flattened out late last out in the Hill Prince to finish fifth as the even-money favorite, and he’ll be looking for a bounce-back effort here.

Carrick Is A Grade 1 Winner

Also looking for a bounce-back effort is Carrick (6-1 ML odds) who could do no better than sixth last race in the (G1) Joe Hirsch Turf Classic right after winning the (G1) Secretariat Stakes at Arlington, his third win in four starts.

He fits right in with these, and desrves a long look at what should be very favorable odds.

All the top-level turf races at Del Mar and other tracks around North America can be bet from home with an account at one of these highly recommended online racebooks.