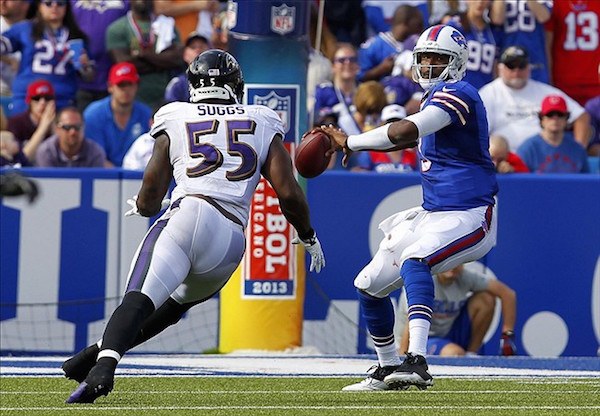 The Ravens lost nine of their 11 games a season ago by a single possession — this in spite of a laundry-list of season-ending injuries to key starters like Joe Flacco, Justin Forsett, Steve Smith, and Terrell Suggs. The disastrous season was John Harbaugh's first losing stint in his eight years as head coach of the franchise.

This time last year, Buffalo entered the season with an unheard entity, Tyrod Taylor,  at quarterback. Despite never starting a game, the dual-threat signal caller posted a 99.4 quarterback rating, tossing 20 touchdowns to six interceptions. Taylor is one of the bigger gems in the NFL if he can stay healthy.

I expect both these teams to improve substantially this year (barring injuries), however, the Ravens will be vicorious here and cover the spread in doing so.

Only three games in week 1 have a higher over/under total than this game so the bookies expect a shootout here and for good reason — both starting quarterbacks Aaron Rodgers and Blake Bortles combined for a whopping 66 touchdowns last season.

Jaguars have one of the offenses in the league that is improving the most. Bortles is entering his third season under center, while running back TJ Yeldon goes into his sophomore campaign and Allen Robinson and Allen Hurns both are third-year wide receivers. Despite their youth, Jacksonville's offense scored the 11th most points in 2015. Add another year of experience and this team will be able to reach the promise land almost at will.

The Packers, on the other hand, have the best quarterback in football. With Aaron Rodgers taking snaps, and standout wide receiver Jordy Nelson back in action, the Packers are equipped with an offense that should be feared.

I expect points in this one. A lot of them, actually. 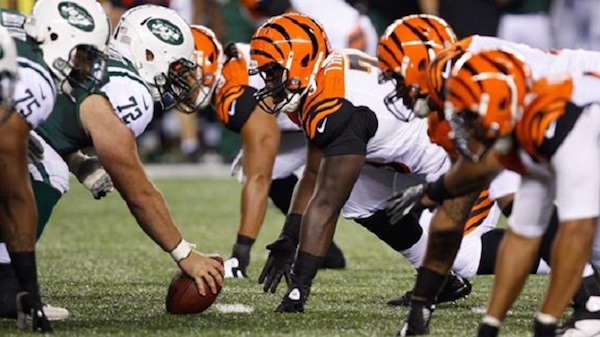 This matchup opens with the slimmest favorite in week 1 and pitts two teams that combined for 22 wins in 2015. The Jets narrowly missed the playoffs, while the Bengals suffered a meltdown loss in the wildcard round.

New York spent the offseason in an on-and-off-again drama with quarterback Ryan Fitzpatrick. After a career 31-touchdown year, Fitzpatrick and the Jets finally, at the start of training camp, agreed to terms. With the distraction now settled, defensive-minded head coach Todd Bowles will try to take another step forward.

The Bengals story is all too familiar to football fans — five straight one-and-done playoff seasons. However, that's a feat in itself. Only the Patriots and Packers have longer playoff appearance streaks than Cincinnati. And let's not forget the Bengals were without signal caller Andy Dalton in the final three games of the year, along with the playoff game, and still won 12 games.

This has game of the week written all over it, but I'm going with the more accomplished team.

Everyone is already writing off the Browns, but I'm a big believer in new head coach Hue Jackson. The rebuild will take time, however, I like them as underdogs to cover the spread here against a very weak Eagles team.

I know it's only preseason, but Robert Griffin is looking like his vintage self with deep bombs to Josh Gordon (who is suspended this game), Terrelle Pryor, and Gary Barnridge. He'll never return to the form he was in during 2012, but they'll keep this game close in my upset pick of the week.