It wasn’t that long ago that many experts were debating the chances of the Super Bowl champions going 16-0 this year. The New England Patriots were the prohibitive favorites to keep the Lombardi Trophy in Boston. Even today, the Patriots and Pittsburgh Steelers are the only two teams with less than double-digit odds to win the NFL championship.

In two short weeks, however, the power of the league has shifted to the AFC West. Kansas City, Denver and Oakland are the best of the 32 teams as they have combined to go 6-0 to start the season, outscoring their opponents 206-121.

This week, one of this trio is part of BABB’s two-game parlay picks. A $25 parlay bet of Denver (-3.5) over Buffalo and Tennessee (-3) over Seattle pays $75.05 (odds provided by bovada). If either team fails to cover the spread, the ticket is void.

Broncos Among Best in The League

Denver (-3.5) at Buffalo — It’s difficult to get excited about this Bills’ team. Who are the stars? What do they do exceptionally well? Sure, they have Shady McCoy, but who else? Their defense keeps them in most games, but their offense struggles to score points.

McCoy has rushed for 119 yards on 34 carries with no touchdowns. Tyrod Taylor has completed about 62 per cent of his passes for 349 yards with two touchdowns and one interception. Yawn. It’s no wonder the Bills (1-1) are currently 125-1 to win the Super Bowl.

The Broncos, on the other hand, are fresh off a 25-point victory over the Cowboys. Their young QB, Trevor Siemian, leads the league with six TD passes. He also has a 106.9 QB rating — sixth best among starters. Their offense has gained 701 yards, including 318 on the ground, thanks to running backs C.J. Anderson and Jamaal Charles. They have a tremendous pass rush and their cornerbacks have been a nightmare for opposing quarterbacks.

The Bills are rebuilding, the Broncos are wreaking havoc. 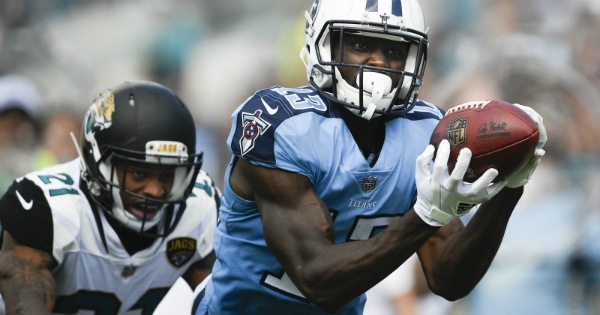 Seattle at Tennessee (-3) — The Seattle offense has gone missing. They’ve scored one touchdown and 21 points in two games. Will they find it in Nashville? Quarterback Russell Wilson sure hopes so, as he’s been battered early in the season thanks to six sacks and a shaky offensive line.

The Seahawks played the Green Bay Packers tough in the season opener, losing 17-9. But they just squeaked past a dismal San Francisco 49ers’ team 12-9 in Week 2 … and they were at home where they rarely lose in front of the 12th Man.

Here are some of the stats where the Seahawks trail their opponents through two weeks of play: Total first downs, total offensive yards, total rushing yards, total passings yards and time of possession. This was a team picked to easily win the NFL West title. Their disappointing play has thrown the whole division up for grabs. Unfortunately for the rest of the teams — Los Angeles Rams, Arizona and San Francisco — they aren’t very good either.

Coming off a career game, Derrick Henry might get more work once again this week as DeMarco Murray continues to battle a hamstring injury. The matchup appears tough, but the Seahawks have surrendered 5.6 yards per carry to RBs so far this season. Tennessee is running the ball with consistency, averaging 137 yards/game. Their ground attack will be the difference in this contest.