It’s only Week 2, but this is a big week in the NFL. Can you imagine the Patriots, Giants and Seahawks are just another loss from starting the season 0-2? It’s not a position these powerhouses want to try and recover from in their quest for the playoffs.

Two teams that got off to a strong start are Dallas and Oakland, and they are the focus of this parlay. The Cowboys are favored on the road, while the Raiders are huge favorites in their home opener. A $25 parlay bet of Dallas (-3) over Denver and Oakland (-14) over the New York Jets pays $75.05 (odds provided by bovada.lv). If either team fails to cover the spread, the ticket is void.

History Not on Cowboys Side

Dallas at Denver — This is a rare meeting between these two teams. The last time the Cowboys played in Denver was 2009. The Broncos lead the series 7-5 and have five straight wins.

Even though they finished 13-3 last season, many said the Cowboys could not duplicate that feat this year. As long as Ezekiel Elliott stays on the field and their defense continues to play as well as it did in Week 1 against the Giants, this is the team to beat in the NFC.

Elliott rushed for 104 yards on 24 carries in their win over the Giants. Dak Prescott completed 24-of-39 passes for 268 yards, hitting six different receivers. The Broncos have a great defense, but no team in the league has four better players at QB, RB, WR and tight end than the Cowboys.

Denver’s Trevor Siemian was 17 for 28 and 219 yards in their win over Los Angeles. But they used the ground game to overpower the Chargers, with three rushers gaining 140 yards on 36 carries.

The Broncos, 0-1 against the spread this season, were 5-3 at home last year. The Cowboys, 1-0 ATS, were 6-2 on the road. The Cowboys haven’t won in Denver since 1992, and they will have their work cut out in the altitude. It’s time for that streak to end. 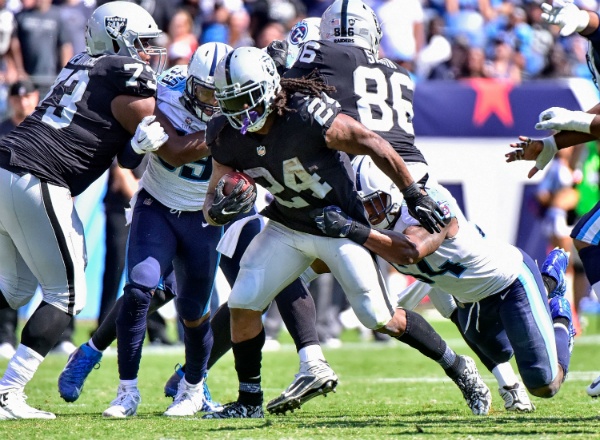 This Could Be an Absolute Blowout

New York Jets at Oakland — This is the fourth time in five years that these two AFC teams have played each other — the Raiders beat the Jets 34-20 at Oakland in 2015.

The Raiders played a perfect road game as the underdogs in Tennessee last week. Their backfield, led by Marshawn Lynch, gained 109 yards on 29 carries, and quarterback Derek Carr completed 22-of-32 passes for 262 and two touchdowns. Oakland never trailed in the game as the Raiders held the Titans to less than 100 yards rushing.

The Jets opened the season in Buffalo. They now travel across the country to meet a team that is among the favorites to win the AFC (6-1) and the Super Bowl (10-1). The Jets managed just 214 yards in total offense against the Bills, with Josh McCown completing 26-of-39 passes with no touchdowns and two interceptions. They gained a measly 38 yards on the ground.

Oakland, 6-2 at home last season, is 1-0 ATS. New York, 3-5 on the road, had a push ATS against Buffalo. The Raiders will need to win this game as they head out on the road for Weeks 3 and 4 at Washington and Denver. The Jets head back to New York for their home opener against Miami.