It’s never too early to try and pick a winner in the NFL. So how about two winners and a parlay in the opening weekend of the NFL season? This is probably the most unpredictable part of the schedule in the NFL. Teams will be without key players because of injuries and suspensions, rookies will be looking to make their mark in this elite league, and new teammates will still be getting used to their new surroundings. But there’s still a couple of games we can pick with confidence. 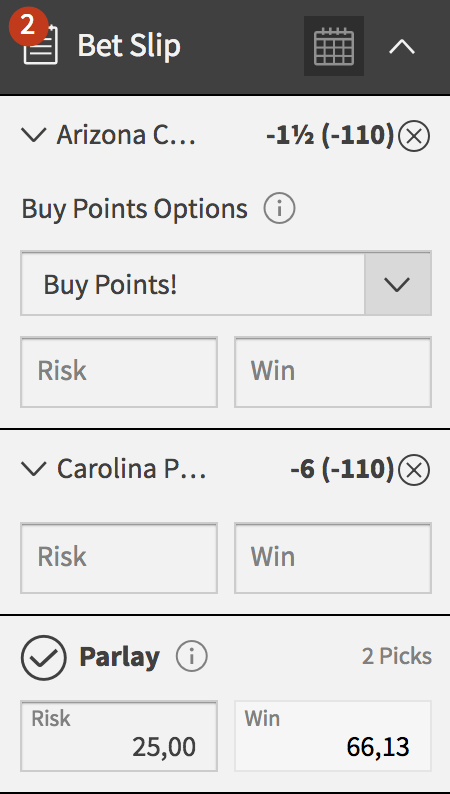 The Cardinals are just 21 months removed from finishing off a 13-3 season before losing in the NFL championship game. They were 7-1 on the road that year. The story in 2016 was quite different. The NFC West team disappointed their fans with a 7-8-1 season and were just 3-5 on the road.

The success of this team rests squarely on a terrific defense and the play of quarterback Carson Palmer. The 37-year-old veteran quarterback had MVP-like stats in a career year in 2015 with 35 touchdown passes and a 104.6 QB rating. He came back with a mediocre season in 2016 with 26 TD passes and an 87.2 QB rating. The Cardinals must do more to protect Palmer and keep him healthy. A big part of that plan will be the use of David Johnson, one of the best running backs in the league. No. 31 rushed for 1,239 yards last season and caught 80 passes for 879 receiving yards.

The 25-year-old led the league in touchdowns with 20. Johnson is a weapon that Matthew Stafford and the Lions don’t have. The new $135-million quarterback has been to the playoffs twice with his team but has yet to score a victory. A big part of that failure in Detroit is the lack of a running game and an average defense. Theo Riddick led the team last season with 357 yards. Even the 1-15 Cleveland Browns had a lot more yardage on the ground than that.

Arizona is 6-2 against the spread in their last eight games in September and Detroit is 0-4 ATS in their last four games against NFC teams.

My Team's Next MatchArizona Cardinals

They have cleaned house and are definitely in rebuilding mode.

The Panthers, however, are definitely not in the process of rebuilding. They have a former league MVP (2015) in Cam Newton leading them into a new season. The 28-year-old QB underwent offseason surgery on his throwing shoulder. Even though he threw just two preseason passes, team officials say he’s ready to go for the opener.

Newton’s presence gives the Panthers a decisive advantage over the 49ers. They at least have a quarterback. The West Coast team is starting Brian Hoyer, who is playing for his seventh team in seven years. Not a recipe for success in this league. Need another ingredient for this disaster? The 49ers had the worst defense in the NFL last year. The Panthers weren’t very good against the spread last season, finishing 6-9-1. The 49ers were even worse at 4-11-1.

My Team's Next MatchCarolina Panthers