Can the Ducks make Edmonton one and done?

This one could be described as the future of the Western Conference versus the present. How will the young Edmonton Oilers fare against the veteran Anaheim Ducks? Here's how you should wager on this one, based on odds established by TopBet.eu: 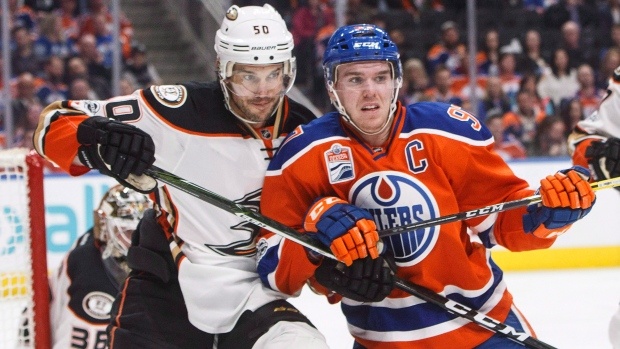 A playoff-savvy, veteran team, many of them with Stanley Cup final experience, the Anaheim Ducks look an awful lot like the San Jose Sharks, the team that the Oilers dispatched in the opening round of the playoffs.

The main difference may be in how they got to this place. The Sharks stumbled into the playoffs in a funk, whereas following their first-round sweep of the Calgary Flames, the Ducks are unbeaten in regulation in their last 18 games (15-0-3). Anaheim have won 18 playoff games over the past three years, second among Western Conference teams in that span to the Chicago Blackhawks.

The Ducks and Oilers split the regular season series 2-1-2 and Anaheim No. 1 goalie John Gibson's last win over Edmonton came on Nov. 15. The Ducks expect to have both of their injured defensemen who missed the first round, Cam Fowler (knee) and Sami Vatanen (upper body) back at some point this series, with strong speculation that Vatanen will be good to go for Game 1.

One of the key sub plots to the series will be the battle between NHL scoring champion and Oilers captain Connor McDavid against Anaheim center and perennial Selke Trophy contender Ryan Kesler. Kesler can get downright nasty and McDavid will be expected to fight through plenty of abuse. McDavid counted just one even-strength point in his first Stanley Cup series.

What the Oilers showed during their first round triumph was that they are not a one-man team. Even while the Sharks focused their energy on stopping McDavid, others scored for the Oilers. Zack Kassian netted a pair of game winners, David Deharnais tallied an overtime goal and rookie Anton Slepyshev potted the series-deciding goal.

The Ducks also displayed a balanced attack against the Flames, getting multiple goals from five different players. It's no longer all about Ryan Getzlaf and Corey Perry. Rickard Rakell and Jakub Silfverberg are dangerous finishers and with Antoine Vermette dominating the faceoff circle, Anaheim's fourth line creates a lot of possession and zone time for the team. 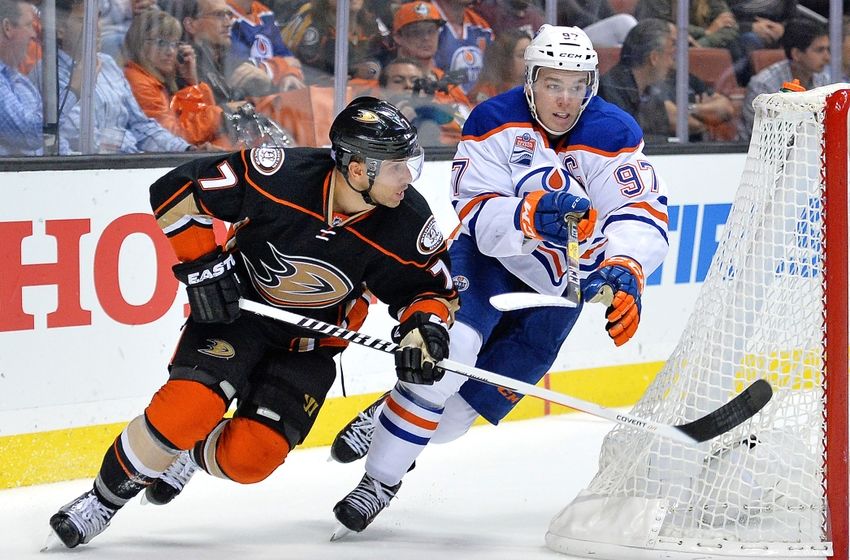 You might think that these two teams will score goals in bunches but that's not the case at all. If coach Todd McLellan got one thing out of the Oilers this season, it was a newfound commitment to defense. Goalie Cam Talbot won 42 games and in Oscar Klefbom and Adam Larsson, Edmonton suits up a legitimate shutdown defensive tandem. The Oilers actually went under 42 times this season, 24 of them on home ice.

The Ducks were under in 36 games during the regular season, 18 at home and 18 on the road. Anaheim (15) and Edmonton (13) went over the fewest times of any Western Conference teams left in the playoffs.

BetOnline has gone high on its total of series points for McDavid, setting it at 6.5. With Kesler constantly in his kitchen, that figures to be a tall order. Play the under at -115.

Kesler's series total is set at 3.5. He'll be busying himself taking the game away from McDavid. He only generated one assist in the sweep of the Flames, so he also looks a logical under wager at -115.

Pick: The Oilers in seven games