2019 Stanley Cup Odds: What To Do With The Golden Knights From A Wagering Standpoint 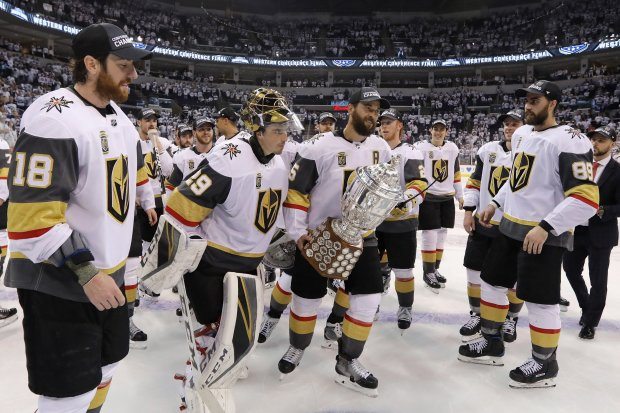 OK Vegas, what have you got for an encore?

There was no more compelling story in sports than what the Vegas Golden Knights, a first-year expansion team, accomplished during the 2017-18 National Hockey League season. They rewrote the record book for first-year franchises, and not only won their division and reached the Stanley Cup final, they won a game in the final series, something no first-year team had ever done.

But should we believe this prognosis of continued progress for the Golden Knights in Year Two, or does the combination of logic, simple reason and the law of diminishing returns indicate a downturn for Vegas next season? The fact of the matter is that a lot of things went right for the team in 2017-18, and those factors have a tendency to even out over the long haul. There are plenty of elements in the Vegas story that could lead to another year of high rolling for the team, or it could see them crap out.

There Will Be Expectations

Let's face it, no one anticipated anything of note from the Golden Knights last season. Even as they kept rolling along on their magical adventure, the vast majority anticipated that the bubble would ultimately burst. And it was those complete lack of expectations that made it easy on Gallant. He could roll four lines, play three defense pairings and when players made mistakes, he was able to send them right back out for their next shift, because no one figured this team was going to go anywhere.

That won't be the case in 2018-19. The Golden Knights set the bar at an unbelievably high level for a first-year team, and there will be no tolerating a lapse. There really never was a time in 2017-18 when Vegas faced serious adversity until the Cup final series against the Capitals, and when they got down there, they folded like a cheap Vegas lounge act, losing four straight games for the only time all season. They opened 8-1 last season. What happens if they break from the gate 3-6-1 next season? 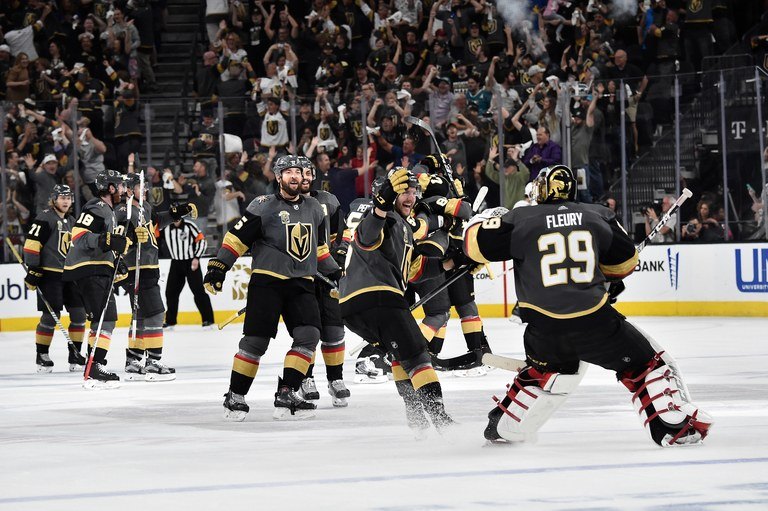 The main reason why the Golden Knights charged to the Stanley Cup final was the other-worldly netminding of Marc-Andre Fleury. His save percentage through the first three playoff round was .947. But when his game came back to earth in the final against the Capitals, the Golden Knights came down with him as if they were a worn-out Vegas casino being detonated by demolition experts.

Pittsburgh fans - where Fleury had played from 2003 until last season - warned that the day of reckoning was coming. Fleury's career in Pittsburgh was marked by tremendous highs and crash and burn lows. Inconsistency was his trademark, so it may not be wise to count on a second season of spectacular puckstopping from him.

It isn't just Fleury who set impressive standards last season. Karlsson scored a team-leading 43 goals. His previous career high was nine. Eric Haula netted 29 goals, his combined total for the previous two seasons. Jonathan Marchessault (75), Reilly Smith (60) and Nate Schmidt (36) all established new career highs in points. Was this because many of these players blossomed when given the chance to fill bigger roles, or did some of them overachieve?

Who Stays? Who Goes?

Every team deals with roster uncertainty in the off-season and the Golden Knights are no different. Forwards James Neal, David Perron and Ryan Reaves are all unrestricted free agents, as is defenseman Luca Sbisa. Karlsson heads a list of restricted free agents that also includes forwards Tomas Nosek and William Carrier and defensemen Colin Miller and Shea Theodore. Even with $30.975 million in cap space, they can't sign everyone, because Fleury, Schmidt and Engelland will be UFAs in another year.

The Golden Knghts are without a first-round draft pick. They dealt it at the trade deadline to Detroit for forward Tomas Tatar, who couldn't even play regularly in the playoffs. An expansion team without a first round pick is a bad optic. The Golden Knights operated with a win now mentality in 2017-18, and who could blame them? They had to go for it. But how will that decision impact the future of this team?

There are numerous questions being asked of the Golden Knights as they enter Year Two. Encores are popular in the many Vegas casino shows, but they could prove much harder to achieve on the ice.