With one of the best offensive lines in the league, the Dallas Cowboys needed a powerhouse running back. The Cowboys could hardly wait to snap up Ohio State’s Ezekiel Elliott with the fourth overall pick in the 2016 NFL draft. It’s fair to say that Elliott blew away even the Cowboys’ expectations in his rookie season. Here are some of his numbers: 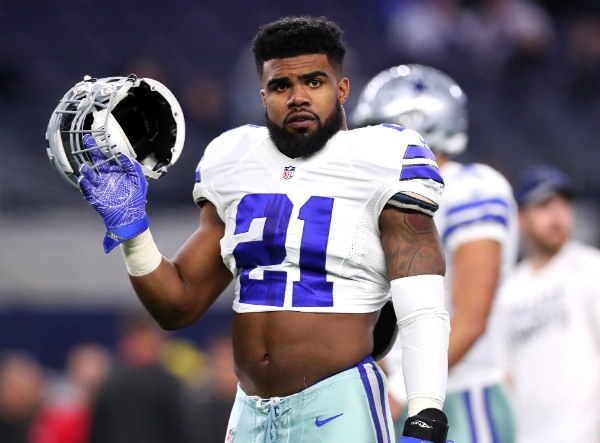 So much for a learning curve for this rookie, as Elliott was handed the ball 322 times last season and averaged more than five yards a carry. He helped the Cowboys rebound from a dismal 4-12 record in 2015 to a remarkable 13-3 in 2016.

Even though Elliott (+350) was the leading rusher last season by more than 300 yards, oddsmakers have Le’Veon Bell (+300) as the favorite to win this title in 2017 (odds provided by bovada.lv).

Bell, selected 48th overall in the second round out of Michigan State in the 2013 draft, has only played all 16 games in a season once in his four-year career with the Pittsburgh Steelers. He is a patient and explosive runner. His numbers back that up:

The Steelers don’t seem to be in a hurry to sign Bell to a long-term contract, especially with his injury history — he missed three games in his rookie season with a sprained foot, he missed the final eight games in 2015 to a knee injury, and he suffered a groin injury in the AFC title game last season which resulted in offseason surgery.

But that makes Bell a motivated player. He is sitting out training camp and will likely be slapped with a franchise tag this season. That also means he could become a free agent in 2018.

As for Elliott, the NFL will soon announce what it’s going to do with Cowboys running back, who has been under league investigation for more than a year over an alleged domestic violence incident involving his ex-girlfriend. It could mean a suspension and cut into his season totals.

BABB's Pick — Too many off-the-field issues put some of Elliott’s season in question. This is Bell’s year to earn that big contract he so desires.