A Brief History of Football Manager

Football Manager started life as Championship Manager back in 1992 and it became an instant hit. Although there were no FIFA-like graphics to watch the action take place, instead there was a banner with text updates displayed, the wealth of statistics available on tens of thousands of players gave soccer fans the opportunity to step into the shoes of a soccer team manager and take control of their favorite team; it was a dream come true.

Over the years, the Football Manager database has grown exponentially and now features in depth statistics on players from literally every soccer league in the world. The company behind Football Manager, SI Games, employs a vast network of scouts who travel to training grounds and stadia around the world to watch players in action and then rate dozens of attributes out of 20, with 20 being the very best and 1 being, well, awful.

In addition to these visible stats, there are also several hidden statistics such as how a player reacts to being left out of the team or if they sulk if their manager criticizes them in the press. All in all, Football Manager is the most realistic management game on the planet and when you take control of a team for the first time, you feel like you care actually in charge of that club and its squad.

But what does all of this have to do with sports betting? Well, you see, each year there is an updated version of Football Manager released. Squads, players, teams and leagues are updated with the latest patch and, usually, SI Games runs a full season simulation to predict the outcome of the league, much like EA Sports do at the Super Bowl with the Madden video game franchise.

SI Games did this before the start of the 2016-17 Premier League season and it is safe to say it did a fantastic job in predicting how the league would shape up. Football Manager predicted that Chelsea would win the Premier League title, followed by Tottenham Hotspur in second place, then Arsenal, Manchester City, Manchester United, Liverpool and Everton.

Of course, in real life, Chelsea did win the league ahead of Spurs, but Man City finished third, Liverpool fourth, then Arsenal, Man United and Everton. 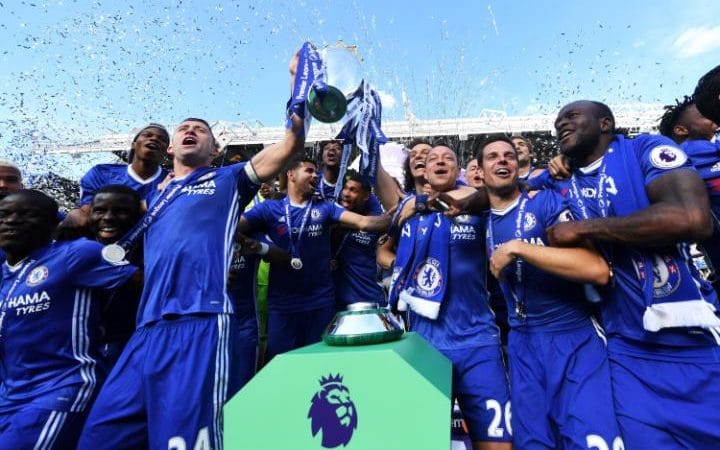 At the other end of the table, Football Manager correctly predicted that Hull, Middlesbrough and Sunderland would be relegated, while the likes of Leicester City, Crystal Palace and Swansea would struggle. This was the case for most of the season but late rallies from all three of those sides saw them finish a little higher up the table than the video game thought they would.

Although the game has a good success rate in predicting the outcomes of the various leagues and the games within, finding wagers to place based purely off of the game probably isn’t advised. It can be, however, a useful tool to use alongside your own research if you are prepared to spend some time playing around with the excellent editor that comes with the game or is available as a third-party add-on.

You’d need to manually put in all of the fixtures and download the latest transfers, then remove players who were injured if you were looking at individual games. For season-long bets, such as the Premier League title futures, it will pay to either wait for the release of Football Manager 18 (which should be in early November if previous releases are anything to go by) or find a patch for Football Manager 17 with all of the latest squads and leagues created for you.

Previous editions of the game have come frighteningly close to predicting the future of the Premier League, with FM16 claiming Leicester City would finish third in 2015-16 when they came out of nowhere to win the league with +500000 odds! Would you put your faith in the predictions of a video game’s algorithms? I know I have and probably will again.