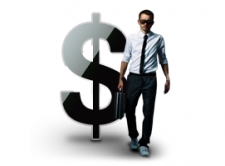 Betting limits can be a buzzkill, but they're also necessary. They help level the playing field for all bettors and ensure sportsbooks can bankroll more wagers overall. That's a good thing. Besides, high-rolling gamblers can find places where they get their necessary jollies. At any rate, because you should always be aware how much you're allowed to bet, we deliver Bovada online sportsbook's most up-to-date betting limits in every imaginable area.

You should immediately notice that the NFL and college football have higher limits than the NBA and NCAAB. The reasoning behind this is obvious and simple: Football squads don't play as often.

Use the NFL and NBA as a baseline. Not including playoffs, NFL teams play 16 games per season. NBA franchises churn through 82 contests. It's easier to foot a larger bill when the payouts aren't happening as often. And if you're wondering why the college leagues have noticeably lower maximums than their professional counterparts, look no further than their predictability factor.

The gap between most collegiate teams is larger than pro ones, so it's typically easier to decipher which squad as the clear edge, which increases the risk factor involved for sportsbooks.

Lower maximums are part and parcel of betting on low-scoring sports.

This includes baseball, hockey and soccer. Upsets and unpredictable outcomes are more common on these fronts because runs and goals are harder to come by. Even when the favorites are winning, it's not by a crap ton every time. These lower maximums inoculate sportsbooks against having to foot lucrative bills for a high number of non-traditional results.

As for the WNBA's inclusion in this low-maximum pool, well, volume has a lot to do with it. Relative to other sports, not many people bet on the WNBA, so sportsbooks aren't about to offer high maximums when the betting demographic consists almost exclusively of diehards who tend to have a leg up on casual bettors—which, again, the WNBA doesn't really have.

UFC, MMA and boxing matches fall under the fairly predictable umbrella. Upsets happen, but bettors are prone to flock toward the favorites, because they're usually the clear-cut choice. As a result, you'll see larger discrepancies in moneylines upon their initial release. Though these numbers sometimes tighten as the matches draw nearer, sportsbooks have to protect themselves against too many lucrative bets on high-return underdogs or an excess of action on the favorite.

All of this said, you'll see larger swings on UFC and MMA fights.

When the two participants are closer together in skill level and resume, you'll have the ability to bet more, since the risk on your part is that much greater.

Tennis imposes stricter betting limits. The range varies by match, but for the most part, sportsbooks know you're going to bet on the biggest names and the biggests contests, which typically play host to outcomes that are easier to project.

Golf is a little more lenient because of its unpredictability factor. So many participants are involved that simply betting on the biggest names doesn't work. Sometimes it will, but underdogs, many of them random, will win almost just as often. Thus, you have more flexibility in choosing an amount, except when it comes to money lines, which have a $500 limit, since the odds in these situations can balloon when trafficking in underdogs.

Horse racing is more of a free-for-all unless you're dealing in futures and head-to-head matchups. Futures offer more lucrative odds to begin with; even the favorites can be moneymakers because you're betting on an outcome so far in advance.

Bovada limits you to $5,000 here because of that. The low limit on head-to-head matchups, meanwhile, is self-explanatory. You only have two options, which increases your chances of winning even if you know nothing about the sport. Offering higher limits would be too generous when there doesn't need to be that much skill or insight involved.

NASCAR's head-to-head races need no unpacking. The same thinking from horse racing is applied here. Fewer options from which to choose diminishes the demand placed on skill. Higher limits permeate bets on the field. NASCAR races tend to be like golf tournaments: The most popular racers win, but more obscure participants get one-off victories just as much. That number of options allows for larger maximums, since the odds are so stacked against your favor.

Scenario: The NASCAR Sprint Cup is nearing, and you're looking to place a bet on an unknown underdog—we'll call him Joe Schmo—because he's coming in at a +10000, and you want to take a flyer on this type of return. Betting on him is fine.

Upping the ante because of what could happen is not.

Treat all long-shot high-limit bets at taboo. Just because NASCAR offers a $10,000 cap doesn't mean you need to place, say, a four-figure wager. Stick with three figures. Hell, roll with two figures. Whatever you're comfortable losing. That's the trick in these situations: You're expecting to lose, so you should only be betting money you won't notice is missing. Doing this guarantees you won't feel a loss while also ensuring you'll feel the implausible win.