Who Sets The Line? 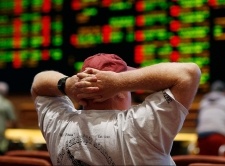 Sports betting is a multi-billion dollar industry, and no organization grows that massively without an astute business plan in place. And in sports betting, the line is the linchpin that makes it all work. If a sportsbook doesn't set enticing lines, then they aren't going to get any action on the wagers they offer. But if they go too far and establish lines that give the bettor too much of an edge, then they won't be in the sports betting business for long.

Walking this fine line are the oddsmakers, who must be very set in the ways in which they set lines. It used to be a lot tougher for them to establish the lines. In the days before the world wide web, bookmakers were left with very little in the way of information and data in order to assign the lines on games beyond injuries, weather and past history in head to head matchups. Today, thanks to Google, they can find out virtually anything to do with either team or player involved in a match, and it's all just a few keystrokes away.

Back as recently as the early 1990s, the offerings at sportsbooks weren't nearly the smorgasbord of wagering opportunities that present themselves today. Want to wager on Norwegian Eliteseiren soccer? Aussie Rules football? The European PGA? Have at it then, because you will find lines on all of these events and so much more. And the reason why you can bet on this massive variety of sports from around the globe is due to the unprecedented information available today.

Thanks to the information superhighway, the odds of a bad line sneaking through the proper channels and getting out there on a sportsbook's website are pretty much slim to none. There really isn't a stat out there that can't be found on some site. There are even sports-betting specific databases that accumulate detailed information on how teams have fared on the over/under and against the spread going back for decades. And the analytics boom in pro sports have offered even more sets of numbers that can be crunched.

While this is all good news for you, because you have more data at your disposal to aid in your wagering decisions than ever before, so do the bookmakers at the sportsbooks. How detailed do they get? One sportsbook database lists the 40-yard dash times for every NCAA college football player. If a TV talking head suggests one team has a decided speed advantage over another, the bookmaker has the data at their disposal to either prove or disprove that theory.

It's Harder Than It Looks

While casino table games like roulette and blackjack have built in fail safes that place the odds in favor of the house, that isn't the case whatsoever with sportsbooks. Each game is its own separate entity and one mistake in setting the odds can set off a chain reaction that could ruin a sportsbook. The bookmakers aren't just pulling these lines out of the sky.

The amount of time and study they put into every decision is staggering, especially considering that in sports like basketball, hockey and baseball, they are tasked every day with establishing lines on several games. Bookmakers maintain detailed databases on every player on every team in every league. They seek to leave no stone unturned in their search for the perfect line. A blackjack dealer can count on the cards and luck to generally be on their side. A bookmaker must be smarter than their clientele.

Financial markets are designed to pair up buyers with sellers, but in the sports bookmaking business, the oddsmaker is the one setting the price and also the one selling the shares. They can't make anyone bet on any game. It's a much different world than any other money game out there.

These Folks Are Smart

You probably have the Hollywood image in mind when you think of a bookmaker. Rumpled, dirty sport coat. Fedora. Cheap cigar dangling from the corner of the mouth. Creased, ink-stained race program squeezed tightly in one hand. Gravely voice. Well, the days of guys like Jimmy (The Greek) Snyder setting the odds are long over. Today's bookmakers are well-educated, often equipped with degrees in statistics and mathematics, experts at weighing probabilities.

You might even be surprised to learn that that are consulting firms who work setting odds. That doesn't mean they are smarter than their customers, though, and that's a key fact of life that all top bookmakers never forget. They respect the public's decisions on wagering, because even though they may have all the data at their disposal, that doesn't mean sportsbooks don't lose bets. If they had all the answers, then how did the New York Jets win Super Bowl III as 18-point underdogs to the Baltimore Colts?

Ultimately, the bookmaker's objective is to get people to bet on both sides of a game. In a perfect world, they would get 50 percent of the handle on every event bet on the favorite and 50 percent bet on the underdog. But while they will try to encourage this to happen via point spreads, they can't make people bet 50-50, and in fact, history shows us that there is a longstanding traditional leaning toward the favorite among public wagering, even though evidence shows one of the wisest plays in sports is a home underdog.

Why is the balancing act so vital? Well, the sportsbooks only make money on losing bets, so if half the money is wagered on the eventual loser, they will be in good shape financially. But if there is an overabundance of wagers on the winner, then they stand to lost their shirts.

Speaking of shirts, here's a little inside info that the sportsbooks often use when setting odds on a game. Recognizing that the sporting public has built in biases about teams - remember, the word fan is short for fanatic - one of the elements they weigh when setting lines is jersey sales. If they see a spike in the sale of a specific team's jersey, then they know that club is popular and they can probably entice more wagers on that team, so they will set lines that exploit this bias.

Like we said, these bookmakers, they do their homework. And if you want to compete with them, so should you.